With an AARP membership, there’s always more to discover. Check out your member benefits today.

Do you think it matters what your expectations are? I do. I think if you expect to live a long healthy life, your chances of doing so are greater.

I plan to live until God has a cloud with my name on it.  😇

I'm Looking at 95yrs young. Jack La Lanne exercised daily and lived a very active life into his 90’s. I wanna do the same. He is my hero.

I want to live as long as I'm in my right mind and can function independently physically and die in my sleep before I run out of funds. 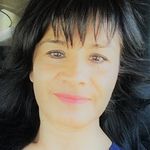 I am 61 years old and have given my boss my notice that i will be quitting and retiring in 5-6 years.  I think this will give me some fun retired years ahead to enjoy my life and family and travel.  That being said, I probably want to live until the age of between  85-90.  I'm hoping that this will allow me to live long enough to see my daughter become a grandma and me a great grandma and enjoy all the fun times in between.  I love my life and I feel so lucky!

I am 85 already and still feel like a much younger person! My family were all long survivors.  Aunt was 105 and lived in upstairs apartment with no elevator and played cards until 103 when all her friends passed.

I would like to keep living as long as I am Lucid!

A couple years ago, I had a follow-up visit with the electrocardiologist who helped train the doctor who provided my cardiac ablation. Later, the electrocardiologist helped place my stents and on an even later occasion, provided my pulmonary ablation.
For the stent placement, he had said in a previous visit that they had saved my life because of the extent of blockages in two of my arteries - 89 and 95 percent, respectively.

In the final visit, he mentioned on his way out that they had added 25 years to my life.

I'm with most the others whose posts I've read in response to this question. I don't care how long I live, so long as I can live in good health. I want to slip away painlessly and peacefully in my sleep in the wee hours of the morning of the day on which I would have developed my first major problem.

I'll be 93 in August.  My walk this morning in my backyard, also known as  downtown Phoenix, consisted of 7,387 steps which is 3.1 miles.  This was longer than planned because I wanted to see the results of the disturbances we have been having.  I took pictures of broken glass replaced by wood in windows.  But I couldn't find any bon fire remnants or bodies laying around.  Yesterday our black woman police chief marched with the protestors.

I'd like to stay around to see the good results that will come from this past week of protests around the country.

And I would like to finish writing my fifth book and get it published on Amazon and Kindle.  Maybe I should stick around until I'm 95.  I'll let you know.  Mariam Cheshire

I loved your post. I, too, want to see the good that will come from this time in our history. People need to be respected, regardless of color, religious beliefs, and nationality. I will look,up your books now, young lady; I’m sure they’ll be awesome.❤️

Sending one of those hearts right back to you.  💕

Walked only1.5 miles yesterday but it is getting hot here.  And when one reaches 92, I do better in cooler weather.  Hope you found one of my books.  If not they are on  http://amzn.to/2Kd6d9u       Mariam’s page

hugs to all those who are planning on living longer lively years, Mariam

FiatKid55
Periodic Contributor
As long as I'm truly healthy and I'm not quite back on that path again. Chronic diseases are not good, especially rare ones. As my father says, "Getting old isn't for sissies."
2 Kudos
7,721 Views
0
Share
Report
Reply

with good health, good genes, healthy life style and excellent medical care I’m confident that I can live till 100 (67 now).  I understand after 100, each additional year is almost a geometric challenge therefore 105 is my stretched goal.

I'll try for 95.  I just published my fourth book on Amazon and Kindle at 92 and I've got two more to write.  It took about a year to write "There's Nothing I Can't Do - Fred's Story" so I hope to do a book a year.  As grandma used to say, "God willing and the crick don't rise." https://amzn.to/3cDKDHt

It is my intention to live to 100, since I am now 93, and will be 94 June 26 of this year. I am in good shape physically, continue to exercise daily, walk without a cane or other assistance. Very slight arthritis in each thumb and some in toes. My mind is clear, occasionally forgetting a celebrities name, a common thing in my residence in a leisure care facility. I still drive a car and have eyesight to have a drivers license with no restrictions. I write on my "travels blog" on my computer nearly each day and read non-fiction mostly on "quantum" science, aging, psychology and others. Good, nutricious food, staying relatively stress free through meditation, naps, and other activities keep me healthy and happy. Experiencing the death of two wives, the last six years ago, but meeting a new significan other at our mutual residence is really great for older people. Perhaps living to 100 is a restricted goal! I hope so.

As long as possible. I'll shoot for 100 years of age or older.

80. So I am entering what may be my final decade. I intend to speed up the bucket list because if I don't get it done this decade, chances are that mountain view will remain a "wish I had done that".

Attitude matters... A positive attitude can lengthen your life.

90 seems like a good comporomise between the wonder of discovery and the boredom with life's  adventures. I only hope that GOD provides me with all my conscious faculties when I go, because it's tragic when you can't use your senses or if you lose your functional mobility before you die.

I want to live until my ear lobes are as big as Kirk Douglas's.

I've found that we live with the expectations we "grow" within through life experiences.    I plan to live to be 100.. so I seek information that will provide all the possibilities to get there "upright" , healthy and bold.!!  that means read about those that have accomplished that age and still growing.. get in sync with reality of growing older and be willing to work harder instead of putting life on cruise control.. "cuz we can!"..

I recently obtained my certification as a fitness trainer for Seniors.  I am 75 and have become so frustrated with older women who fight to convince me that "they are doing everything right!"... they are no longer curious, and avoid change.  I see so many who have become reliant on the attitude of their "grown children".. who have no clue what it means to live life through our eyes.  I see so many that only feel worthwhile when being the sitter for grand children. Yet little do they know that once all retreat to their own personal lives..... You are left with that face in the mirror..so you continue to be the "helper" to feel connected.. and be willing to live "disconnected" during the other hours of your life.. "it's never to late to learn how to do life better!'' ..You can chart a new course.. you can clean up your clutter, hit the reset on your health..Stop living your misery.. "life begins at the end of your comfort zone!!..make a decision to step into the new year.."off with the old" on with the new!!

I'm not so much concerned with how long I live as I am with how well I am able to live while I am alive.

0 Kudos
8,101 Views
1
Share
Report
Reply
Turn on suggestions
Auto-suggest helps you quickly narrow down your search results by suggesting possible matches as you type.
Showing results for
Show  only  | Search instead for
Did you mean:
Users
Announcements