Do you use a fitness tracker, sleep app, or some other way of recording your sleep patterns? If so, has that improved the quality of your sleep? Do you have any recommendations for apps to track sleep? 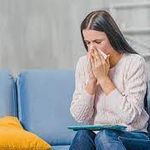 Sleeping well helps you in staying fit and active. However, if you are experiencing any troubles in sleeping or staying asleep, you are recommended to take a sleep test. Tracking sleep helps in determining if you have any sleep issues like sleep apnea. It aids in figuring out if you have any condition that can worsen your health in the future. Thus, taking a sleep test is recommended.

I do but I don't see how it can be useful.  If I can't stay asleep, or if I can't fall asleep, how will the tracking results help me?  It's just a source of stress because the information does not do anything useful.  Staring at it only creates more stress, if a tracker were meant to be helpful, it's not.

I use a Garmin vivosport, that's currently being replaced under warranty, yet has proved very reliable for Deep sleep, REM sleep, and light sleep. Also has a tracking device for tracing step route, a GPS, and for tracking step totals on software program, Garmin Express. Bought it refurbished.

Yes, I've been using a Garmin for about a year now.  It seemed more accurate in the beginning, now I'm noticing inconsistencies so I'm planning to move up to an Oura Ring because it's heavily focused on sleep.  I also track my steps, workouts and heart rate throughout the day, which the Garmin seems to be good with, so I might end up wearing both during the day.

I use a Fitbit Charge 2 mainly to track sleep.  I can notice a definite improvement in how I feel when I get a reasonable amount of deep sleep and fewer wake periods.  The feedback from the Fitbit helps to inform me when I'm not getting enough or the right kind of sleep.  The feedback can make you aware of certain attitudes that can keep you from sleeping well.

I typically tend to wake around 3 AM...sometimes I don't.  More recently I've been using a timed-release magnesium which seems to help.  My goal is 6-7 hours each night...but I won't hesitate to take a nap to make up for a shortfall.

I also stop coffee in late afternoon...use some melatonin and herbs.

Not happy about Googles purchase of Fitbit...may be looking elsewhere.

After a bit of research I'll probably stay with a Fitbit....due to the fact that it seems many trackers won't measure deep sleep that well.  I don't expect perfect accuracy from a tracker...but I do expect consistancy.

I typically lose ~1 hour of sleep per night (as measured) due to restlessness.  Some might wonder about my fixation on deep sleep.  In my opinion it is essentially the most significant measure of sound sleep and I'm guessing it indicates a lack of movement.  I think it is during these periods when the brain clears out toxins...or it might be during periods of restlessness.

Restlessness or "bad dreams" are probably a sign of "working through issues" and in my experience are not that productive...but we take the bad with the good.

Poor sleep is associated with cognitive decline...so an interest in getting better sleep should be obvious.  Some people might not be getting into deeper levels of sleep due to fears of dealing with "issues"...real sleep is probably when you wake up and wonder where the hey you are...you've been on a journey.

I have 10 yrs experience using Cpap and comparing readings first with Withings, then Garmin, and Fitbits.  I am a professional researcher so did my own trials.   I changed due to frustration with the watch device inaccuracies. Essentially the only accurate reading is the Cpap.  My sleep specialist agrees and only goes by that data.  The watches are ok for general lay feedback but need more specificity / reliability for apnea management

I use The Pillow app on my iPhone and iWatch. It tracks my sleep, my heart rate(mine tends to drop in my sleep) and it alerts me if it drops under 50. It also tracks my REM, light sleep and deep sleep. I don't have much REM, or deep sleep patterns. But I really love the app. Worth $4.99 a month to track my sleep.

I use a Garmin smart watch, I download it every morning.

I use a Garmin device and find the read out i the morning to be an accurate and helpful approximation!

Yes I use a sleep tracker and have not found any benefit from it. I have been waking at 2:30am for approximately 30 years now that I am older I urinate more day and night I find most nights I cannot get back to sleep I find reading about help makes me anxious I try prayer and natural relaxing, some nights it works and some nights it doesn't

Yes, my wife Marina and I use Garmin Forerunner 35, great watch that also tracks your heart rate, steps and calories burned.

I use a Fitbit to track my sleep. I'd be happy to get 7 hours, but that rarely happens. During the day I feel fine, but know that a bit more sleep would be healthy for me. I have noticed that it's easier to control my weight when I get better sleep. So far I have eliminated caffeine after 10 am, rarely drink alcohol and excercise most days. My diet is pretty healthy without a lot of processed food. Falling asleep isn't a problem, it's statying asleep. I'm awake after 5 or 6 hours. Snoring and sleep apnea isn't a problem. I'm at a healthy weight. Any suggestions?

I also have a fitbit to track my sleep.  I've noticed the 3 a.m. wakefulness has to do with eating meat.  If I eat meat at my evening meal, I wake around 3.  If I stick to soup and salad I sleep better.  Also sugar in the evening can wake me too early (like 5 a.m.).  Sometimes chamomile or valerian tea helps when I "cheat" but not always.

Yes. I have been using a CPAP since 2011 when I was first diagnosed with sleep apnea. My apnea baseline is 5 "events " per hour. Anything there or lower is acceptable. Lately as of 2 months and counting, my apnea count has spiked on some nights as high as 23. My sleep doctor has already been informed and wants to keep a watch on it. I have an appointment with him at the end of next month. It could be sooner if this keeps spiking. Possible causes could be the pain film strips pain management has me using at 600 mcg twice a day for chronic back pain. Or a combination of my other meds with these pain strips that could be causing the problem. Waiting on my appointment to hopefully find the culprit.

Yes, I use Withings sleep tracker.

track when I finally prepare myself mentally for sleep

record how many times I wake during the night

0 Kudos
4,398 Views
0
Share
Report
Reply
Turn on suggestions
Auto-suggest helps you quickly narrow down your search results by suggesting possible matches as you type.
Showing results for
Show  only  | Search instead for
Did you mean:
Users
Need to Know