I'm 63, retired Jan 2020 and my wife was already retired.  We are currently using our bank savings to live on and we are doing just fine.  We have no debt except credit card which we pay off every month.  We started using our 1 credit card more often last month instead of our debit card with the idea we would be getting cash back, and we do.  Today I asked the credit company to increase our credit limit, but they only take into consideration our annual income which is very low.  My plan is to live off our savings, 401k, etc and not take social security till 70.  I have a small Air Force pension, but that certainly isn't enough to live on, and as I discovered today is the only asset they care about, so I was denied my request to raise our credit limit.  I currently have excellent credit, so the denial came as a complete surprise.   I want to get a new car next year and I'm concerned I won't qualify for a loan with such a low annual income.  I would rather not pay cash for the car.  Will I face the same problem going for a car loan or lease?

Depends on one's FRA - if less than FRA, you have to pay it back if you want to cancel (withdraw) it after starting.

After FRA you can suspend them until 70.

Stop by to read the comments and/or add a comment.

@Anonymous  Continue to evolve, explore, question, experience and always maintain your sense of curiosity.  One of the most fascinating things is what makes people tick?

@Anonymous  Continue to evolve, explore, question, experience and always maintain your sense of curiosity.  One of the most fascinating things is what makes people tick?

💥Thank you @Rhymesometimes for stopping by to join our discussion 😁💥

Lots of Aha Moments out there! 😁

Had one this week. It finally occured to me that I can keep sitting around while the dump I live in gets condemned or I can move before it does. So I am moving to Melbourne, Florida to join my darling daughter!! Going to rent a Tiny House finally.

How did you find a tiny house rental?

My first aha moment came after I was laid off in 2012. I worried about finding another comparable job possibly working for a company I wouldn't like as much as the one I had just left. It was a great company to work for with great managers and coworkers. I had several more years mapped out in a spread sheet with personal days I would take off for birthdays, filling out the days off for major holidays or to coincide with my wife's Spring breaks from teaching school. I also had vacation weeks planned to keep from losing any accruals, while I kept a mind to retire after that time with several weeks on the books to give me a boost into my retirement.

I worried and lost sleep for 2 days after being reduced in force. On the second day, I realized that I was in a position to retire.

I was laid off in May, but I claim the middle of June that year for my official retirement since that's about when my accrued vacation time, which they cashed out upon my leaving, would have run out if I had taken the time off work as regular vacation.

My second aha moment was more of a gradual realization over time. Like so many others I have heard of, I finally started to wonder how I ever found time to work for anybody else at 40-plus hours per week. My to-do list (procrastination list?) has only grown since I retired.

Even so, I consider this to be the best job I've ever had.

Lol @Brightpool I luv your note about your Procrastination List 🤣😂 Glad things fell in place for you!!!

I had one yesterday. Instead of throwing my cell phone on the floor in total FRUSTRATION, I went ONLINE to read up on how to TROUBLESHOOT it. So PROUD of myself!!! Lol, use to hate YouTube, now I go to it to learn stuff. 🤣😂 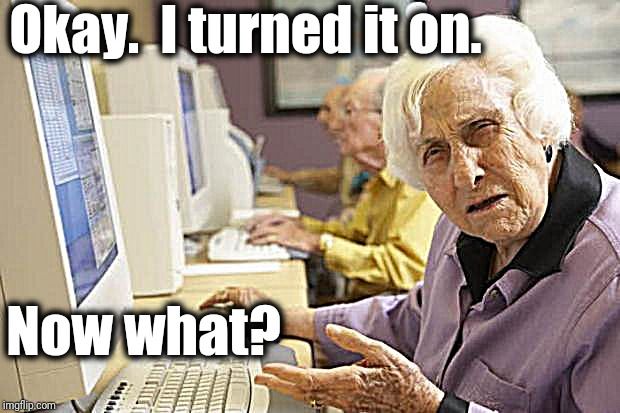 0
Kudos
4314
Views
1 Kudo
4,448 Views
0
Share
Report
Reply
Turn on suggestions
Auto-suggest helps you quickly narrow down your search results by suggesting possible matches as you type.
Showing results for
Show  only  | Search instead for
Did you mean:
Users
Announcements