I'm not posting a question today but rather directing to a column (link below) by Social Security expert and Boston University professor Larry Kotlikoff. I have a list of important articles I've saved over the years and I ran across this one this morning while looking for something else. I thought this article is important enough to share with others.

The article is about a "divorced widow" (divorcee whose ex-husband is now deceased) wanting to claim her SS benefits based on her own work record and that of her ex-husband. Even though this doesn't directly pertain to me (or perhaps to you) the bureaucracy that the woman encountered is very telling and everyone should keep this story in mind. Larry's discussion of the situation is both frightening and instructive.

This woman (her name is "Gail" and I am definitely not attempting to draw a line between her and our resident AARP SS expert) was given entirely incorrect instructions, numerous times, by staff at local SS offices, and then roundly chastised and criticized by them when she politely objected. Per Larry, if Gail had followed the instructions of the SS staff she would have lost out on thousands of dollars in benefits to which she was rightfully entitled. Fortunately she was a very sharp person and also followed Larry, probably through his "Ask Larry" columns or TV spots.

Larry (a renowned university professor!) intervened for Gail and even he was subjected to the misinformation and disinformation. He kept politely asking the supervisor to check for a specific form that would have cleared up the situation, but was always refused. After a phone call lasting several hours the supervisor said he could no longer help and hung up.

Fortunately, as a Social Security expert Larry other resources available and he contacted "his people" in Washington, who then contacted the SS regional supervisor, who then contacted Gail and got the situation straightened out. I hope they also provided more training to those local personnel.

It is disheartening to hear of situations like this where SS personnel are misinformed and mislead people, and yet they resist any attempt at a discussion or the presentation of additional facts and information. I think we all need to be aware of the potential for such situations and take steps to inform ourselves clearly for our own situation.

(Now on the other hand, when I applied for Medicare at 65, without also retiring (applying for SS), I found the phone representative for SS to be courteous and very helpful to me, more so than the personnel at the Medicare office.) 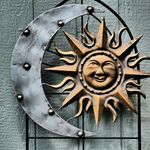 I think many of us would be in the same boat.  SS is a complicated system, though for senior citizens, it should be a slam dunk.

and it even becomes more complicated.

It's Always Something . . . . Roseanna Roseannadanna
0 Kudos
1,454 Views
0
Share
Report
Reply
Turn on suggestions
Auto-suggest helps you quickly narrow down your search results by suggesting possible matches as you type.
Showing results for
Show  only  | Search instead for
Did you mean:
Users
Need to Know