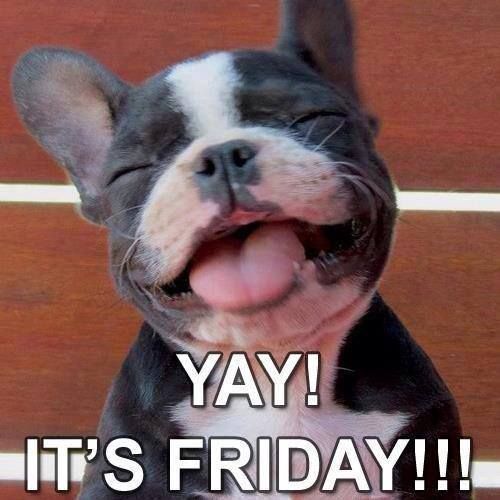 As usual, I am so happy it's Friday!  Two whole days off to do whatever I want or nothing at all.  Sweet!  But I do have plans to continue working on the clean-out of my garage.  I already tackled one corner of the garage the other day.  So I figure I'll just continue here a little, there a little and eventually I might end up with a mainly empty garage with everything remaining in perfect organization.  That's the goal anyway.

@catwoman500, I read about your apprehension with having a virtual appointment with your doctor.  Well, just three weeks ago, I was having the same problem as my new doctor's office informed me that they were not having in-person, in-office appointments due to the pandemic.  They, too, suggested a virtual appointment, but I explained to them about my lacking tech, downloading, computer skills and they simply opted to do my appointment via phone.  So on the day in question, my doctor literally called me and we conducted my "appointment" on the phone from the comfort of my family room couch.  Let me tell you, I thoroughly enjoyed the convenience of not having to drive to the office, wait in the waiting area and then in the examination room, and then.....  So maybe your doc will be likewise accommodating and just talk to you on the phone and maybe by your next appt. you'll be better able to do the virtual thing or maybe, just maybe, the pandemic will be so contained that we all can go back to our regular doctor visits.  We can hope anyway.

@LaDolceVita, Bravo on picking up your book.  What you described was far simpler than the several scenarios I had imagined.  I'll be glad when my library opens up.  In the meantime, good reading to you.  Enjoy!

@Frozenoem, you mentioned "fiddleheads" and it sent me to Google to find out what in the world they were.  I even found a couple of interesting recipes for them such as sautéed fiddleheads and fiddlehead pasta with garlic which is reminiscent of one of my favorite dishes--pasta primivera.    For sure, I don't think I will be foraging in the woods for edibles any time soon.  But at least I learned something new.  Wow.  And I thought I knew everything!  lol

Well, it's time for me to get that second cup of coffee and 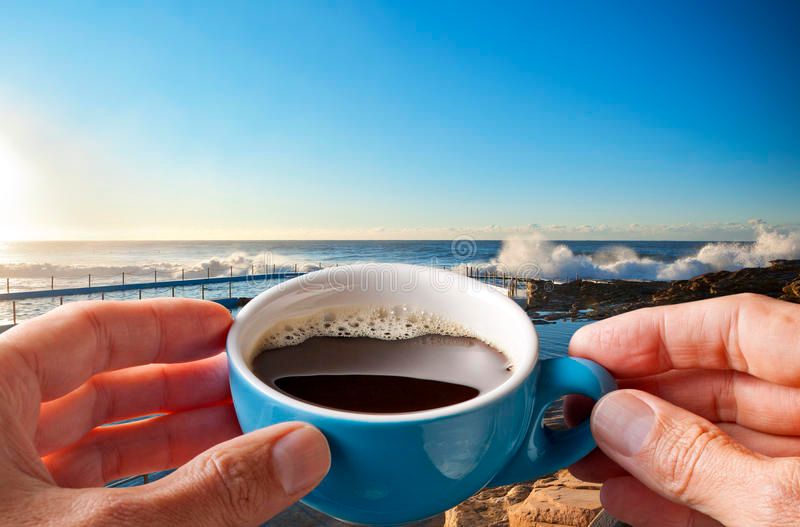 start livin' that fantasy of hot java on the beach.  Smile.

Anyway, hope y'all have a good Friday and a great weekend.   I, for one, am just glad, thankful for just seeing another day! 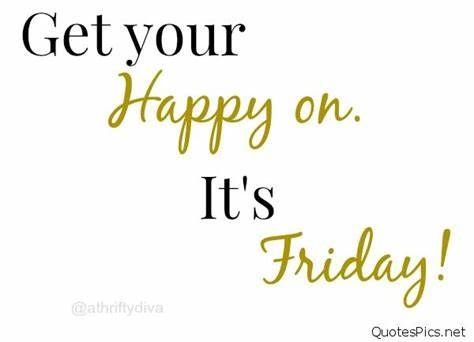 It’s easier to do virtual appt, depending upon app your doctor uses, if you use Windows 10. Anything else is a total roll of the dice.

If you don’t have camera you can buy one. Assume you have desktop not, laptop.Webcam for your operating system around $10.

Delightful morning that’s sarcasm 69* at 2 am when I awoke and humidity is in total drip mode - hazy, hot and humid.

Bring on the cold front already and thunderstorms please.🙏

Best guess Upper or lower oaks🤷‍♂️, that’s a total guess spent 2 months cruising through the semi-south and VA. Think we went everywhere and fact I wore out a pair of hiking boots. Made use of every discount available-golden access and DOD.

Have finally decided AC goes in window, with another attempt at sleep.

And yes, after long days/nights, I'd still like to swing these hunks of glass , plastic and silicon against the nearest wall Come on retirement!
Report Inappropriate Content
4
Kudos
736
Views
Reply
4 Kudos
Highlighted

Trying to think of swimming holes at waterfalls.  Whiteoak had one, but that trail remains closed.  Too many peeps tried to cram on that trail.  Or maybe Dark Hollow or South River Falls near Big Meadow.

Could be the falls in Riprap Hollow off the Wildcat Ridge Tr. in the S district.  I believe they still have somewhat of a swimming hole.  I am not too familiar with the south district and haven't done much hiking there (unless there was a cemetery or 2 or homesite back in the woods 🙂) since it is way at the other end.

But I have seen fiddleheads, now that I think about it, but not sure when, where?  Might still be in season up in the Park (higher elevations make for seasons being behind most of VA), but next year definitely a better plan.  SNP just recently reopened, but concessions remain closed until tentatively mid-June and services are limited to non-existent.

If you can't find fiddleheads, you can always look for morels.  They're popular with the locals. 😋

83* yeesh, @MsStretch , found it my Woodell’s Camping guide, I was off on Road , Skyline Drive and Park was Shenandoah National Park.

We spent 2 months with dogs cruising on leash🤣, allowed. My oh yeah moment was 51.2 miles into park for gas, and my “All Trails” app on phone.

Sent friend a YouTube video to ID fiddleheads and saw them at base of a waterfall swimming hole in park👍 Next year no doubt, think it’s past season for VA.

Found 35mm negatives from trip, and needed another app, film box to view.

And yes, after long days/nights, I'd still like to swing these hunks of glass , plastic and silicon against the nearest wall Come on retirement!
Report Inappropriate Content
4
Kudos
693
Views
Reply
4 Kudos
Highlighted

Hi, everyone on the porch,

Earlier this AM I called my doctor’s office to make sure I was still having my appt. on June 9th. Got a recording and it seems now you have to download some app so you can do a tele-visit. We all know with my tech expertise that is not going to happen. No camera on my computer and I can’t see myself trying to talk to/look at my doc on a little phone. How in the world can he take my BP? HA! I did look at the app and the reviews are bad. One guy even said to was too hard to navigate for seniors and people with bad tech skills! LOL One girl said it kept shutting down before she could even finish registering. I fear this is not going to go well. Oh, and Chrome on my phone apparently wants access to all my stuff before I can even check out the app. Not happening! Plus there is not enough storage. This keeps getting better.

I couldn’t even get a person to talk to at the doctor’s. They will call me back (Probably when I’m at the dentist) LOL Besides wanting to know if I still was able to have the appointment, (guessing no) I need to know if it’s safe for me to get the blood work done. Not doing that if I don’t have the in person appointment. What’s also sad is that my doc is retiring and I won’t get to give him the bottle of wine I bought for him or say good-bye in person.

Ugh, why can’t things be easy? I know we were never promised a rose garden, but will I be pushing up daisies before I ever see a real doctor?

So as I mentioned, today is finally my dentist appointment to get my crown put back in. Like some other places you guys mentioned, I was told to call from the car when I got there and they would come out and take my temperature and then take me right back to the dentist…no waiting in the “waiting room.”

I’ll let you know how that goes! 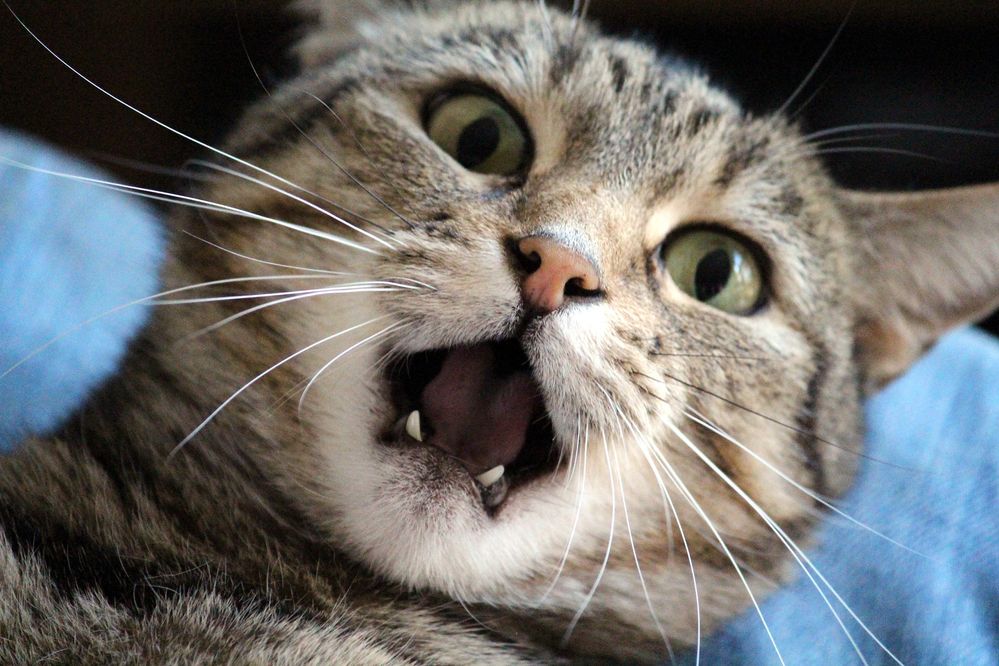 Good morning to everyone here on the Front Porch on this rainy Thursday morning in May 2020. It is cloudy and we have a morning temperature of 69*. Heavy rains are moving in and a high of 70* today. Not much going on here again!

My lawn mowing service will be here Saturday morning and we are expecting sunny  weather for the weekend.

Working on my second mug of coffee while waiting for our niece and her wife to arrive from their drive from San Diego. Barbs mother, my Sister-in-law is in Hospice care as cancer is taking over her body. Kathy has been battling one form of cancer or another since the mid 1970's. 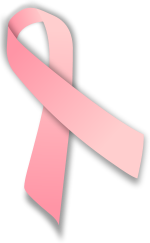 The breast cancer ribbon has become the universal symbol of breast cancer, illustrating the cause, raising awareness and bringing together women in solidarity. From a simple piece of ribbon affixed with a pin, we are able to show our support for loved ones battling breast cancer and our hope for a brighter future.

Describing it that way can be damaging to patients, families and caregivers.Cancer is not a war. It’s not a battle to be won. Cancer is a disease that plays by its own rules and does not always respond the way it is supposed to.

Cancer is not a war. It’s not a battle to be won. Cancer is a disease that plays by its own rules and does not always respond the way it is supposed to.

The recent diagnosis of Democratic congressman and civil-rights icon John R. Lewis of Georgia  with stage IV pancreatic cancer, has predictably led to many articles and conversations on the “fight” against cancer he has to prepare to wage. His is a diagnosis that can be treatable, but is not curable with the current treatment options that are available.

Yet it is unfair to call a diagnosis and the treatment plan a fight. This indicates that when the cancer does what cancer often does, and the patient either succumbs to the illness or to complications from the disease or treatment, he or she did not fight hard enough, or has given up.

It is essential that physicians communicate openly and honestly with patients on the disease, treatment options and prognosis. Open dialogue and communication are key to a successful doctor patient relationship, and essential when developing plans after an initial diagnosis of cancer.

But battle metaphors can easily be removed from our discussions—unless that is the patient’s preference. Not many people would say a patient was fighting a battle against a stroke or a heart attack, so putting such massive responsibility on a patient newly diagnosed with cancer is a losing proposition.

@mi4090   Welcome, it feels nice when someone wants to join us.  What part of the country do you live in?

I finally picked up the book I ordered back in March from the library.  First I called to make an appointment to do the pick up.  Then I had to call from the parking lot to tell them I was there.  The book was brought out to the table placed in the covered area where there is a stone bench.  Slow process but not uncomfortable unless it lasts into winter.

I have finally found an almost comfortable mask.  I was kind of suffocating by the time I got to pharmacy counter.   Definitely keeps me from lingering too long in the store.

Enjoy your day and stay safe everyone.

Marilyn, just saw your post. Most people pronounce my name like yours.  Assuming I'm spelling it correctly (i.e. Marilyn Monroe)😊

But it's actually pronounced (Mary-lin).  Great to meet another name sake.

Thanks for the warm welcome😊 I look forward to participating and posting topics here.

Glad you decided to settle in on Our Front Porch where there's plenty of room and all kinds of topics to post on. So have fun, post away, and again, "Welcome!"

Report Inappropriate Content
1
Kudos
500
Views
Reply
1 Kudo
Turn on suggestions
Auto-suggest helps you quickly narrow down your search results by suggesting possible matches as you type.
Showing results for
Search instead for
Did you mean:
Users
Announcements