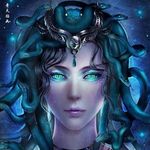 Is anyone else into adult coloring?  I find it soothing.  Mind, I do not one artistic cell in my body (which is odd because both my husband and my daughter are artists) and I use the color-by-numbers books so I don't have to choose the colors, but it's really enjoyable, especially when listening to an audio book.

I'm posting a picture of one I did recently; I prefer the ones on black backgrounds, but they are a little difficult to find, and would enjoy seeing anyone else's work if it's out there.  🙂 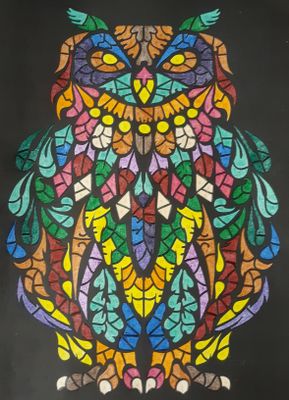 The images on black look particularly nice. A stained glass feel to them.

Two horses and a snake. 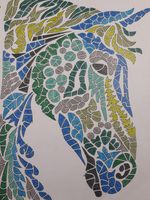 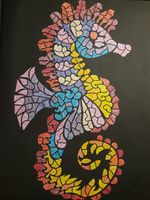 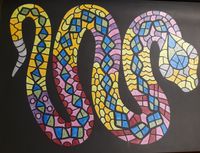 People will stop asking you questions if you answer back in interpretive dance. - Meme
1 Kudo
3,429 Views
0
Share
Report
Reply

Oh come on, that mag. glass is cool.  I know you guys think so.  Did I mention it lights up and I can change the brightness and tone of the light?

It's going to be great for coloring, yes, but also for hand-sewing, or whatever intricate work catches my interest.


People will stop asking you questions if you answer back in interpretive dance. - Meme
0 Kudos
3,461 Views
0
Share
Report
Reply

Got my magnifying glass!  🙂  This thing is so cool. 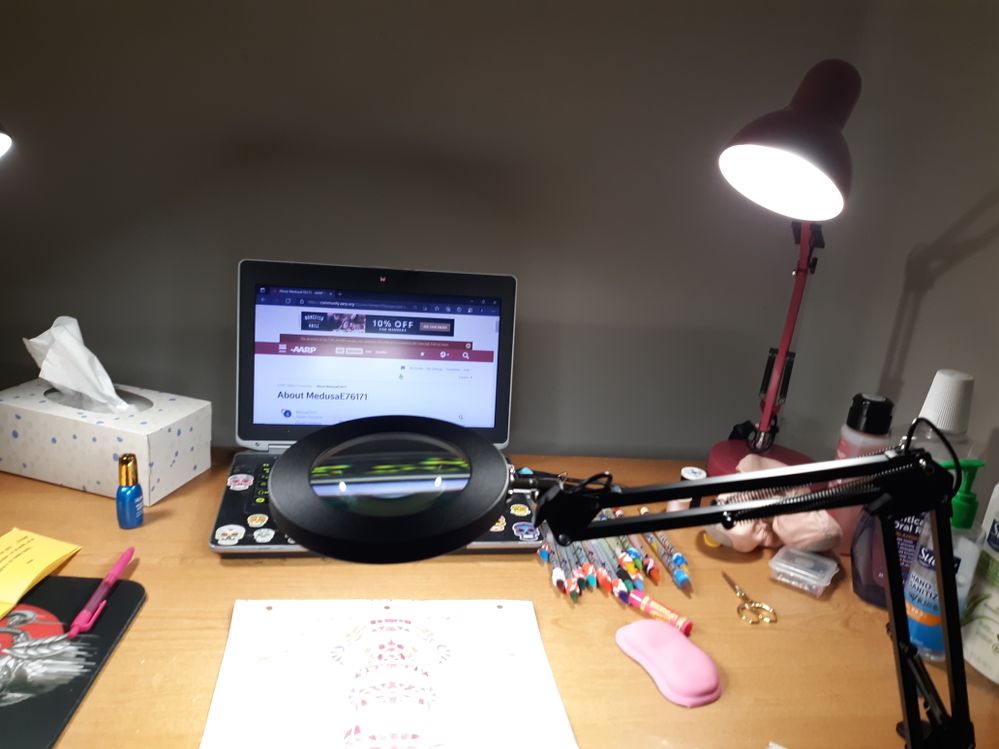 People will stop asking you questions if you answer back in interpretive dance. - Meme
0 Kudos
3,508 Views
0
Share
Report
Reply

I finished the Lizards. 🙂  Also, so cool, I'm getting one of those mountable magnifying glass thingies with the extension arms and lights so I will be able to see better when coloring and have a shot at staying in the lines,  somewhat.  I know it's not all that important, styaing in the the lines, (in fact, I tend to eschew it in day-to-day life), but on the lighter backgrounds, I like the cleaner look. 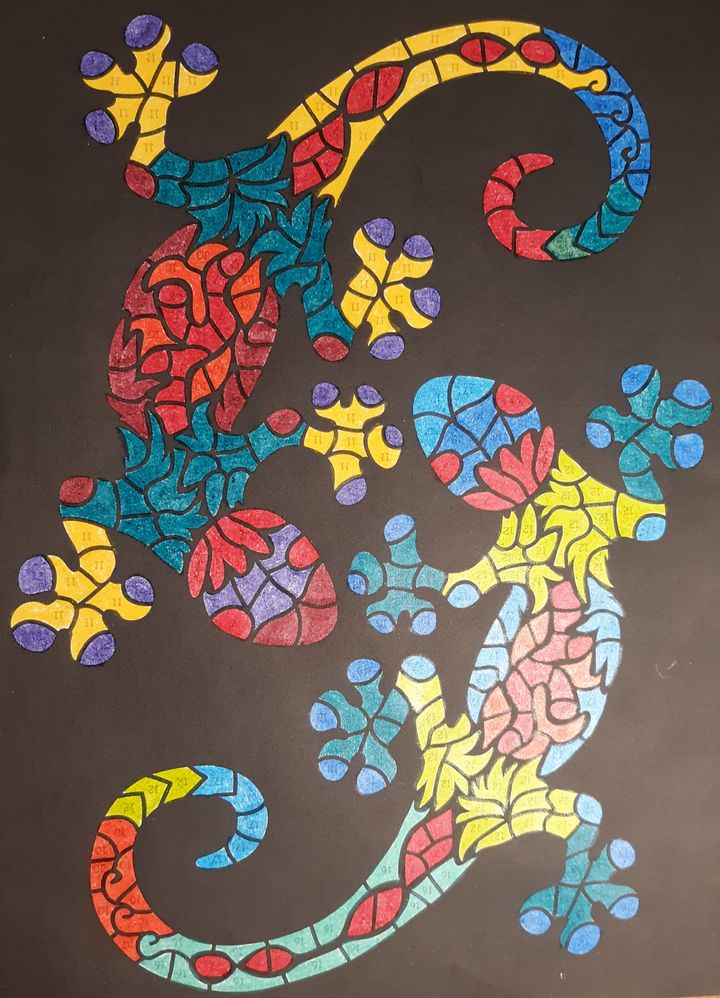 People will stop asking you questions if you answer back in interpretive dance. - Meme
1 Kudo
3,546 Views
0
Share
Report
Reply

I thought I'd post an example of "extreme coloring," which is bananas. I completed only one of them as I found it tedious rather than relaxing. Also, the spaces are so small that colored pencils must be used (which hurt my fingers after a while), rather than the Crayola Twistables I prefer, which are a combination of colored pencils and crayons.

They do make it hard to stay inside the lines since they can't be sharpened, but who cares about the lines? 🙂

Anyone else into adult coloring?  It's a thing.  Really.  🙂 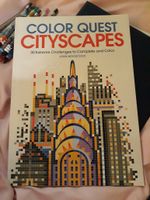 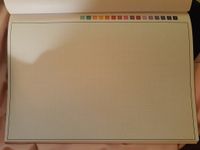 Not all the pages are this complex, but most of them are.  There's no way to know what you're coloring until you've gotten to a certain point.  Which I suppose might be a fun challenge for some peeps. 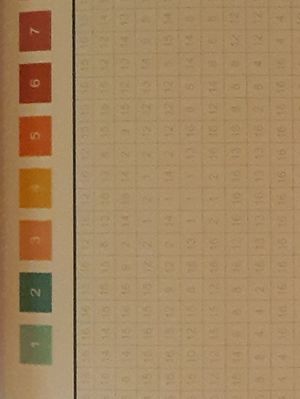 A close-up of the tiny little squares waiting to be filled in... by someone else.

This is the only one I completed (from this book). It's supposed to be the Seattle Space Needle, but if I didn't know that, I don't think I'd see it.  All that work.  😕


People will stop asking you questions if you answer back in interpretive dance. - Meme
0 Kudos
3,770 Views
0
Share
Report
Reply

This is supposed to be a mouse, but I swear it's a Capybara.  Tell me that's not a Capybara.

People will stop asking you questions if you answer back in interpretive dance. - Meme
1 Kudo
3,777 Views
0
Share
Report
Reply

I've just turned 57, recently.
Since you ask, how old are you? 😁
And where is everyone finding the cool emojis?  (I copy/pasted that one from the net.)


People will stop asking you questions if you answer back in interpretive dance. - Meme
0 Kudos
3,895 Views
0
Share
Report
Reply
Turn on suggestions
Auto-suggest helps you quickly narrow down your search results by suggesting possible matches as you type.
Showing results for
Show  only  | Search instead for
Did you mean:
Users
Need to Know