Do you or anyone you know suffer from tinnitus?

Do you or anyone you know suffer from tinnitus?

Do you or anyone you know suffer from tinnitus?  What is your experience, discuss with others here!

Yes, I suffer from it and frankly it is beyond me that all I get from my Dr. is that there’s nothing that can be done!!  It can be extremely disturbing specially late afternoon every day!!

Is your tinnitus loud enough to mask real sounds?  For example, my tinnitus, which has a peak frequency of about 10 KHz., prevented me from hearing what women with high pitched voices were saying.  After 30 years, although my tinnitus hasn't diminished, I can now understand them and my tinnitus doesn't bother me at all.

If your tinnitus isn't loud enough to prevent you from hearing real sounds, you should stop complaining because you will get used to it.

I suffer from tinnitus

I've mentioned before that I do suffer from tinnitus and some days I hear the sound more than others.  It's so annoying that it drives me crazy.  I use hearing aids and they help the sound a bit.  Sometimes I don't want to wear them all day long but will put them on later in the day.  Wish there was a cure for this sound I hear in my ear.

I have tried everything, doctors, specialist, hearing center and basicly everyone has told me there is nothing they can do for it. They tried to sell me a 6000.00 hearing aid, i guess everyone knows what I had to say about that. Sometimes it gets so loud it is unbearable, especialy at night. GOOD LUCK PEOPLE

HAVE  TRIED EVERYTHING INCLUDING WORTHLESS TINNITUS 911 SOLD ON INTERNET.  SOMETIMES THE SOUNDS ROAR AND SOMETIMES SOUND LIKE THE FREEWAY AND SOMETIMES JUST BUZZING.  NEVER SILENT.

For decades - for me, it turned out to be just one of the manifestations of fluoride intolerance.

Arthritis, vertigo and irritable bowel syndrome were other symptoms. It might not be cause or cure for everyone, but about 15% of the population has their symptoms of fluoride toxicity dismissed and/or misdiagnosed. Some of us can't drink fluoridated water or any food made with fluoridated water.

Another cause can be wireless technology. You don't have to use a cell phone to be affected. We are being bombarded by wireless networks to such an extent that EMF scientists have called it the fastest growing air pollution and one that threatens extinction for plants, animals and humans. The smart meter on the side of my house installed by my water department was the cause of my evening heart palpitations. No smart meter, no more heart palpitations.

MarciaR904897
Newbie
I do. I hate it. I am pretty sure I could hear everything else a lot better without that background noise. Anyone have any ideas??
0 Kudos
10,297 Views
0
Share
Report
Reply

Mine came a year after using a medication that is known to cause tinnitus. Sometimes it's such a high pitch I think my eardrums will rupture ir I'll go crazy first. Ear doctor said I have hearing loss in both ears but mostly the right side. The doctor said a hearing aid might help but, who can afford them? Not me.

Recently I noticed after friends of mine were talking about sounds in the years that I have a continual soft noise in my ears. Not quite sure if it's like soft buzzing, it's hard to describe. Should I get my ears checked? 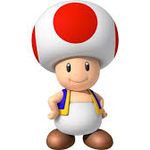 MIseker
Honored Social Butterfly
all my life lol. Off and on, when its quiet, I get a roaring ( like niagra falls) in my ears. I have slept with a TV on since my teens because of it. My son has it too. Its not EVERY night, and doesnt happen ( or isnt noticable) when other noise is going on..like mowing or something.
So it begins.
0
Kudos
15928
Views
0 Kudos
16,320 Views
2
Share
Report
Reply

Oh my yes!  I am constantly hearing music and "drone talking" where I can't make out words, so I express to others it sounds like a news channel but muffled. The music I hear I tend to make words go with it. My brain is trying to cover the noise but then all I get are high pitch 'needle stabs' going straight through my head.  I have given up on sound machines, low tone radio scratch and even hypnosis. None of those work for me.

I am sorry to hear about your nasty tinnitus. Mine is usually a high pitch tone in my right ear. After almost 2 years I have some quiet days in between. I just has 3 quiet days, then loud today. I am following some trials for tinnitus with Otonomy 313. They will be having a meeting in June to discuss the results. You can Google the company. Some days are hard but try to sty busy.

judys225
Contributor
i am finding that the best way to heal my bad leg is to not use it. i have been disabled since 2012. it was really hard to do. the doctor said some get in 2 years 5, 7 and never. what was so hard for me to learn is this that the muscles and bones were torn and the more when i use the muscle i am at risk of tearing these legiments in my leg even more. people are aware of how hard shoes on our feet are. you may not know it but they also do great damage to our leg even going on a walk to a store. i have been relying on the community more to help with services like laundry, shopping and mail orders. sometimes 1 lift can set you way back again.
0 Kudos
22,031 Views
0
Share
Report
Reply

I do not suffer from Tinnitus, but I came across this article whilel researching vitamins a few days ago.

There seens to be some pretty good advice in there.

To quote from the article:

The following tips may help lessen the severity of tinnitus:

Here is the link to the whole article: http://www.pamelaegan.com/tinnitus/

I've had tinnitus since 1995.  My aural nerves were damaged by radiation therapy...I had brain cancer in 1995.  Until they know how to fix nerves, I'm stuck with it.

Lipo flavonoid is an over the counter medicine that has been available for over 50 years. Try it it comes with a money back guarantee if not happy.

That's interesting.  Have you tried it, and if so, for how long?  I would love a simple solution!

I've had tinnitus for a couple years now. I find that Lipo flavonoid has helped lower the sound to a point that makes it tolerable. It took me a few weeks of taking L/F to notice the change. In addition the best method to lower the sound for me was to purchase a white noise machine with 12 different sound buttons to experiment with. The one I play at night with earbuds is "Rain Forest". You can adjust the sound up or down as needed. My machine is labeled with the Sharper Image logo. Anyway if I turn the volume up to equalize or slightly surpass the tinnitus noise it helps me sleep. In addition it provides relief during my awake hours without using any noise maker. It somewhat trains the brain to ignore or just accept the noise.

I have had it for over a year. I believe it started after an ear infection when my ear was flushed about 15 times to removed wax. I had them stop because I was getting dizzy. Some days are good, and others are bad. Group on facebook... https://www.facebook.com/groups/Tinnitussupportgroup/

A doctor I had seen--maybe an ENT; it has been a while--had his nurse or tech to start that ear-flushing thing on me for ear wax removal, but I soon stopped her because it was painful.  I believe that method of ear wax removal is damaging, whereas careful, skillful use of the long ear wax removal tool does not cause pain.

I have had tinnitus for 35 years.  Its predominant frequency is 10 kHz..    Initially, I wasted a lot of money looking for a cure.  Now, I couldn't care less.  My only advice to you is to stop being desperate for a cure because you will eventually get used to it.  Too many people take advantage of needlessly desperate people.

To the person who posted a "Crybaby Button" -- that might have sounded (!) insensitive, but that advice is essentially what my audiologist told me. He said I should do my very best to ignore it, because it's in my brain not my ears, and dwelling on it may make it grow louder or at least seem louder.

My audiologist also said it's essentially my brain trying to hear something because there's not enough aural stimulation. (I live on a quiet street in the country.) He suggested some kind of background noise, like music. I can't say that has helped, but it hasn't hurt either.

My tinnitus sounds like a fairly loud mosquito whine, and it's pretty constant. I've found that I don't hear it when I'm around a river with raipds, such as the Youghiogheny in Ohiopyle, PA. A white-noise machine, turned up fairly loud, helps a bit also, and it's a lot closer. 🙂 I also sing with a local chorus. I hear the tinnitus when we're taking notes from the director, but during the actual singing I don't. Maybe it's just that my attention is diverted from it, but it's a welcome relief regardless.

As you probably know, there's no cure known at this point. I figure in a few years I'll go back and ask again, because medical science is finding new cures all the time.

Sadly, there is no cure until they figure out how to fix nerves....

I've had terrible tinnitus since 1995.  It's constant, so I use backround noise, like a radio, to cover it.  I had brain cancer in 1995 and the radition therapy that followed the surgery damaged my aural nerves.  This made me almost deaf, but I sure can hear that high pitched whine.  Beats the heck out of dying of brain cancer!

Good morning!  I have severe tinnitus, too...I've had it since 1995.  I had brain cancer and the radiation therapy afterwards damaged my aural nerves...rending me almost deaf and with severe tinnitus.  It sucks, but I'm grateful to be alive.

I lost hearing in one ear after a root canal. Now I have very loud tinnitus in that ear.

maryannd111037
Periodic Contributor
I also lost hearing in one ear after a root canal, and now have loud tinnitus. They said it wasn't the root canal but I know different. Ill never get another root canal, just pull the tooth. They tell you a hearing aid will help but it doesnt. They just want you to buy the hearing aid. With all the technology today they cant do anything about tinnitus.?? I feel like im going crazy.
1 Kudo
8,462 Views
1
Share
Report
Reply

Gosh, yes. Root canals can have disasterous consquences for some people. Almost caused my jaw to fall off. Cost me $11k in dental expenses in one year. Root canals started the health declines of my dad and his cousin that led to painful premature deaths. Obviously, serious adverse reactions from bone deterioration to death don't happen to everyone, but several dental associations have admitted that these are consequences of dental standard of care using toxic materials and look for more non-toxic dental remedies. Consult with one of these dentists, @maryannd111037

0 Kudos
8,434 Views
0
Share
Report
Reply
Turn on suggestions
Auto-suggest helps you quickly narrow down your search results by suggesting possible matches as you type.
Showing results for
Show  only  | Search instead for
Did you mean:
Users
Announcements