Stimulus Check when you have Social Security Deposit every month

Linda. Okay sorry for the confusion. Are you saying your ex gives you his SS check? He set that up in the past so you would receive it at your bank, correct? So when it went to his bank with your name on it (this is what gets confusing. If it has his SS number on it the bank does not give it to him or it had your name on it even though it's his SS?). So who gets the 1099 and with name its it attached to? If the IRS does not have your bank number then it will never go there, ever. If it is in your name and rejected it will go with your last known address. From what I gather you can no longer give a DD number but address you can. Now that leaves the 1099 again which if in his name and address it will surely go there. That all being said in two weeks after it is received or sent you should get a letter in the mail stating where it went. Now that becomes sticky again because if the mail goes to his address instead of yours it becomes another problem. You need to contact both SSA and IRS to straighten this out.  You need the check if in mail to be in your name. Unless of course he cashes it and gives you the proceeds. I wish you luck in this matter.

To the person who replied to my concern, I am not on MyEx-Husbands bank  account,however, I am collecting S/S under his S/S number.  My S/S check goes into my bank not his bank.  I guess the IRS issued the Stimulus Checks based on S/S number from which the S/S benefits are being paid not the recipient’s banking information.  That is the issue.

If you receive your SS check there why would the stimulus not go into account. You have not changed banks from your ex? Who's to say it was not received? Does the IRS have your correct address? If was received you will get a IRS mailing in 2 weeks telling you how it was sent. If not received at bank then next it is sent to your mailing. If IRS does not have address you will have to contact them, explain and give them address. By leaving yourself in ex's bank leaves you in a predicament. I hope you can solve this problem. 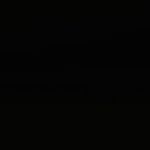 947 Views
Message 24 of 675
LindaF947611....It's my understanding that if a stimulus direct deposit is rejected/returned, the IRS will mail a paper check to you.
Report Inappropriate Content
Reply
0 Kudos
Highlighted

I receive my s/s check under my ex-husbands account.  He checked his bank to see if my stimulus check went to his bank verses mine and they told him they would have returned it stating I was not on his checking account.  I have not received my stimulus check.  What do I do?

Best posting on Get My Payment so far. You will get payment when the IRS gets to you. With the 100's of millions of payments someone will be first, others will get soon after, some will get later and still those will get near last. There may be 1000 different reasons as to why certain people are not able to find out at this time. I myself thought I would get the 2nd week in and was not able to get into Get My Payment until suddenly early morning on Apr. 26th there it was. My message that getting a DD on Apr. 29th. I contacted friends to check theirs and sure enough all had the same notice and at 6 different banks all received. Just last week people with debit type were to start getting stimulus. There are millions of others still waiting and could be for many reasons. Let's look at a few.

1. Were claimed as dependents not known by them.

2. Live in foreign country which the IRS does not send to out of country banks. Plus address does not fit into GMP program.

5. DD # incorrect either by income tax preparer, IRS or themselves.

8. 14 million people have no bank for various reasons.

9. Checks were stolen or received by someone else DD.

10. Legal battles by separated parties where one received and other did not.

This only covers a little of the reasons why some have not received stimulus and will sometime later. Hopefully you all will sooner then later. It's part of the process that will never be perfect. Good luck everyone.

Julie80...From what I've read, and I've read a lot, the tool isn't case sensitive. That was from the IRS. You also don't need to put dashes in your SS number. The most important thing is your address. But before I go further about that, I want to let you and everyone else know, you will continue to get Payment Status Is Not Available until the IRS has gotten to you and set a payment date, whether it's direct deposit or a mailed check. I also got frustrated at always getting the status not available message, and thought I must be putting my address in wrong. I decided the best thing to do was to use the exact address that was on my SSA 1099. It still said status not available. Then I tried using the exact address the USPS has for me. Still status not available. Finally at the end of last week, I tried again, using the exact address that's on my SSA 1099. This time it said my information didn't match theirs. I knew then they must have gotten to me and given me a payment date, or it would have said status not available. I checked my bank account and there was the pending $1200 deposit for the 28th. The next day I tried the tool again, just to see if I could get it to show my payment status, only this time using the exact address the USPS has for me. It worked. I read or heard on a video (I don't remember which), that the Get My Payment tool will only give you a payment date after the IRS has gotten to you, and when they get to you, they then set a payment date and type (direct deposit or mailed check). Which is usually for the following week. So all the frustration about my not getting my address right and causing the tool to not give me a payment date was for nothing, because you will only get a date when the IRS has gotten to you, and when they do get to you they set your payment date. The tool will NOT work until then. If you get a message that your information doesn't match theirs, then yes, you've probably put your address in wrong, BUT it also means you do have a payment date. I'm sorry this reply is so long, but hopefully you and others will understand the tool does work, but only AFTER the IRS gets to you and gives you a payment date. Up until then, your payment status is not available. Makes sense now. I wish I had known this a month ago. Hang in there Julie. One day, hopefully soon, the tool will give you a date, or say your info doesn't match theirs, in which case you DO have a payment date.

no dashes ... as for address put it in exactly like your 1099 form if you are a non filer

Can I ask, when you put in your information, is there a difference in using dashes in your SS#?  Or your address being in all caps or not?  I have tried varied ways, and I never get anything other than information not available.  I am really getting scared I am not going to get anything at all.

Today, the unimaginable happened. I checked the IRS Get My Payment tool to see the status of my economic stimulus payment and it showed a direct deposit date of 6/03/20. This information was certainly relieving after several weeks of super-frustrating attempts to find out when I'd receive mine. I'm very appreciative of the opportunity for all of us to share our experiences and to keep one another updated on our efforts. I actually feel like I wasn't alone in this daunting situation. Truthfully, I will wait until the deposit is completed on the expected date before I celebrate. But I must admit that it does feel good knowing that things have a way of working themselves out, especially if you remain hopeful and positive. Best wishes to everyone!