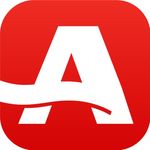 Before we head into the holiday weekend, I wanted to introduce our latest ACE whom achieved the badge just a few days ago! Very active in the community over the past six months, @Anonymous has spent her time being helpful in what seems like just about every forum!

@Anonymous congrats on the ACE status.

Hello @Anonymous.  I oversee the AARP Online Community on AARP.org.  It's a small team, and we enjoy engaging with folks like you.

1 Kudo
6,006 Views
0
Share
Report
Reply
Turn on suggestions
Auto-suggest helps you quickly narrow down your search results by suggesting possible matches as you type.
Showing results for
Show  only  | Search instead for
Did you mean:
Users
Need to Know