Study was done by the World Obesity Federation.

In an analysis of data and studies from more than 160 countries, the researchers found that Covid-19 mortality rates increased along with countries' prevalence of obesity. They note that the link persisted even after adjusting for age and national wealth.

Age is the predominant factor affecting risk of hospitalization and death from Covid-19, but the report finds that being overweight comes a close second.

The research comes following multiple reports to date which suggest that being overweight or obese can increase the risk of dying from Covid-19. Being overweight is defined by having a Body Mass Index (BMI) of 25-29.9 kg/m², while obesity is defined as a BMI over 30 kg/m².

Well, we can't do too much about getting old(er) but we sure can do something about weight.

The NY Times did an article of "Whodunnit" on worldwide covid deaths.

In many countries with high amounts of cases but lower death rates across asia, africa, middle east it was a mystery as to why the united states with 4% of the population had the highest death rates(18% of worldwide deaths) of infected patients with covid 19.

Something is wrong here.

The United States has a very older % population compared to other nations like India, Africa, and China, but then they studied obesity and BMI(body mass index of deaths)

The United States is older, but more obese than most nations.

White Americans have a higher obestiy rate than most european nations.

The studies are just coming out on death rate by Body Mass Index, but several cited said overweight people have been more hospitalized in the US, and have a 10 times more chance of being on a resperator and dying.

Heavy people have more severe resperitory problems, and blood lipids in fat in the blood lead to clotting which Covid 19 causes.

Seems like the wealthier and fatter countries in the world have a higher death rate from exposure to Covid 19.

Again, just coming out this info, but leading to fat and lifestyle.

Yes, obesity is a definite issue...many factors may come into play. And it does take work to keep weight off, or lose weight. Our society encourages consumption.
Perhaps we are way overdue for more preventative medicine to be considered in healthcare plans.
I am fortunate to have insurance, and with my annual checkups, and suggestions for keeping myself healthy, I do feel myself to be a product of preventative care...and keeping my weight down...it does take work!

NY Times has run more than one article of this ilk.  USNews published this one a couple days ago.

Obesity as a factor cross-referenced by age group might be revealing.

Since COVID-19 attacks the Respiratory System, smoking, as a risk factor, is pretty much a given, but it is not mentioned in the articles so it is outside the purview of this thread.

FACTS are facts.  This obesity link along with diabetes and other underlying health issues were aired early on. Can only imagine researchers would love to be able to NAIL every characteristic, health risk that burdens hospitals, etc.

That comorbidity is why almost everyone in TX over the age of 16 is qualified to obtain the vaccine, if our illustrious (not) Gov.   would act responsibly.

It might be interesting to apply this same analysis to people who smoke or use tobacco or who consume a lot of simple carbohydrates like bread or sugar.

Under CDC guidelines, being a "smoker" (defined as having smoked for any length of time) qualifies a person as being compromised. My question:  did many of the obese people that had hospitalizations and death smoke at some time in their lives?

The truth to me is that the United States trails most developed nations in health statistics, a broad range of them., which explains our higher death rate. We need Universal Health Care.

Do people gain weight as they age, is it diet, is it a more sedentary lifestyle, bad habits?

Do people who gain weight have more comorbidities,  like diabetes

It might be interesting to apply this same analysis to people who smoke or use tobacco or who consume a lot of simple carbohydrates like bread or sugar.

Not meant to fat shame anyone or any culture, but highlight the vulnerability and risks. 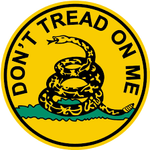 You whoppers better get your shots.


Brace yourself for a discussion
0
Kudos
3508
Views
0 Kudos
4,453 Views
0
Share
Report
Reply
Turn on suggestions
Auto-suggest helps you quickly narrow down your search results by suggesting possible matches as you type.
Showing results for
Show  only  | Search instead for
Did you mean:
Users
Need to Know