Join us Thursday for a live coronavirus town hall on omicron, looking ahead and the impact on nursing homes. Find out more.

Do you love trivia?  Who doesn’t? Trivia games aren’t just fun – they also test your knowledge and help you learn new things!

In our new AARP Online Community Right Again! Trivia Contest we’re looking for the best 70’s and 80’s Pop Culture Trivia from our community members like you. We’re talking music, movies, TV, fashion, dance crazes, games … even food.  To be entered in the contest, share your ideas for questions and answers and you’ll get a chance to win one of five (5) $50 VISA gift cards along with 50 AARP Rewards Points.  A panel of judges appointed by AARP will select the top five trivia question winners, which may be selected for use in AARP’s new Right Again! Trivia game, coming soon.

Reply to this discussion to share your 70’s and 80’s Pop Culture trivia question. Entries are accepted from Monday, September 6 until midnight September 25, 2021. Official Rules here. 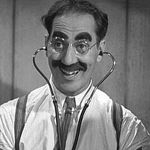 Odd Couple and Quincy. Or QUINCY, since he always yelled.

@StevieB821  Correct.  You should get an extra kudo. He was always yelling. Guess Quincy would just say he was passionate about his job.  Welcome to the on-line community newbie!

In the film "Princess Bride", what were R.O.U.S?

@c808969w Also want to welcome you to the on-line community. Impressed that you jumped right in.

Finish this sentence from a popular song - "You can check out any time you like . . .  Bonus question, name the group and song title.

You can check-out any time you like, But you can never leave

"Hotel California" by the Eagles 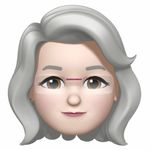 How many women were on the singer's mind "While running down the road"?

“… but you can never leave”

But you can never leave.   The Eagles, Hotel California

But you can never leave

Hotel California by the Eagles

Q: What TV episode remained the most

A:  “Goodbye, Farewell and Amen” , the series

surpassed it (in total viewership only) in

February 2010. It still remains the most

watched finale of any TV series and the

Which woman forgave her guy for supposedly cheating on her in Peru before they got back together?

Do you remember crinoline slips, like the ones worn under poodle skirts?  They were made of lace and had to be starched to keep their shape.

What rock and roll group has all of their members inducted into the Rock and Roll Hall of Fame; however, the group itself was never inducted? 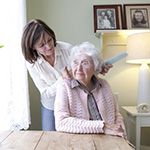 0 Kudos
778 Views
0
Share
Report
Reply
Turn on suggestions
Auto-suggest helps you quickly narrow down your search results by suggesting possible matches as you type.
Showing results for
Show  only  | Search instead for
Did you mean:
Users
Announcements