HokiePoq
Bronze Conversationalist
I don't know when the Amazon card came on the board, but it was gone when I got on at 8 EST.
0 Kudos
1,421 Views
1
Share
Report
Reply 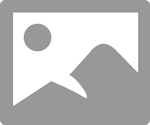 1 Kudo
1,507 Views
0
Share
Report
Reply
Turn on suggestions
Auto-suggest helps you quickly narrow down your search results by suggesting possible matches as you type.
Showing results for
Show  only  | Search instead for
Did you mean:
Users
Announcements