Emergency: Help seniors affected by Hurricane Ian and Hurricane Fiona and your gift will be matched up to a total of $1 million. Find out more.

Is there anyone still waiting on their tax refund for 2020? 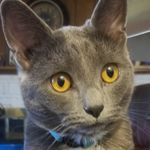 Is there anyone still waiting on their tax refund for 2020?

My daughter has received 3 letters so far indicating a possible 60 day delay, or last letter came on 8/6/2021.  The letter lists multiple possible reasons why, I suspect in her case it's due to her and her husband taking the EIC.  This delay also is affecting their Child Care Credit and indications are that until the return if processed, they won't get that either and they have 3 young children.  So far, they have about $7000 in credit card debt, interest is compounding, they are behind on their electricity bill, husband hasn't been able to work for 6 months and who went on SSDI as of last month.  He didn't get any back pay because his condition was approved right away to multiple conditions.

There is a way to check on the refund periodically; but, in process doesn't do alot to explain things, getting through to a live person at the IRS is a challenge; but, even when you do, they can't tell you anything except defer to the multiple choice letter.  If you qualify for earned income credit that typically means your income is not great, you'd think those people would get a higher priority than some other categories listed on the canned letter she's received 3x so far.  Anyway, I understand that the IRS is understaffed, working on a thin budget, and last word I had was the backlog in June that was @ 35 million unprocessed returns is down to 14 million; but, I don't know if this includes people getting their taxes they paid on unemployment back which is already being sent out.

I mailed my return on the last day, May 17, but I didn't have any special circumstances, just a normal return, and a certifiable refund.  I've checked the IRS website many times, starting in June, and it's the same old information, with apparently no progress, and no help - not even a phone number or email address so you can talk or correspond with a real person!  I understand that they have/had a lot to do, including the stimulus checks, etc., but I think the federal government has allowed temporary hiring for certain jobs that needed to be done.  It's just frustrating not to get any new information or feedback, and not have a way to find out why.

According to news releases at the end of July 2021 - they are just way behind because of all the other stuff they have had to do in 2021.

Did your son-in-law get family benefits in his SSDI benefit?  SSA.gov - Disability Benefits EN-05-10029 pdf  (see page 10 - Can my family get benefits?)  There is a maximum but if he didn't, it maybe worth looking into since it would add some $$$ benefits for the family.

Make sure that the IRS has Direct Deposit info for them - that will make getting their due - refund and advance child care credit quicker.

I Filed in march STILL waiting

0 Kudos
1,456 Views
0
Share
Report
Reply
Turn on suggestions
Auto-suggest helps you quickly narrow down your search results by suggesting possible matches as you type.
Showing results for
Show  only  | Search instead for
Did you mean:
Users
Need to Know