Join the fight against age discrimination in the workplace and help workers like you. Share your story.

@DMAFl  - Don't worry about duplicates if it's on your playlist and you want to include it. Sometimes I will just ditto someone else's list if it matches up closely to my own. It's all about sharing our favorite music, and just having fun.

Can't believe I missed this one:

This was the first live performance of original music for a rock band with orchestra. It wasn't easy, and all of the band were not comfortable with the idea. But Jon Lord had put so much effort into the project, the band agreed to do it, and then moved quickly to release their first hard rock album, Deep Purple in Rock. The professional musicians of the orchestra found it frustrating, but in the end, the conductor pulled them together. The performance was a success and really put Deep Purple on the musical radar. What was considered a novelty at the time, is now mainstream. Everybody does it.

DMAFl
Silver Conversationalist
This is such a fun forum, sometimes I think I see something I love so much that I start believing it was an original idea and throw it out there again! 🙂

Little Arrows by Leapy Lee (so cute and catchy).

Fantastic topic, love all the posts, most of mine are covered. Great decade for music memories, and what changes! In what got airplay - from Little Brenda Lee to Janis Joplin.            So my answers will be short, I will start with two of my Beatles faves that don't get as much mention as some of their other legendary music.  (1) For You Blue, classic George writing style, and "go, Johnny, go" on that steel guitar and (2) Act Naturally, it was an old,old cover but young Ringo nailed it.

Do you believe in magic

Did you ever have to make up your mind

Summer in the city

You didn't have to be so nice

In the Christmas Spirit

What Christmas means to me- Stevie Wonder 1967

Time of the season 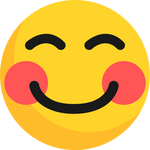 (I'm not your) stepping stone

Save your heart for me

One of my favorite solo artists was Ricky Nelson. Used to watch the TV show "The Adventures Of Ozzie And Harriet" in the early 50's and 60's starring his mother and father, Harriet and Ozzie, and his brother David. Unfortunately, Ricky passed away at the age of 45 in an airplane accident on New Years Eve, December 31, 1985. Ricky was inducted into the rock and roll hall of fame in 1987.

Traveling Man 1961 (another of my favorites)

Got all of these off my ipod which I listen to every day. Never listen to the radio as the songs they

"Rock Around The Clock" by Bill Haley and the Comets. Great times, Great Music.

Friday on my mind- Easybeats

Down in the boondocks- Billy Joe Royal

Poor side of town

My all time favorite is What'd I Say by the genius of Ray Charles.  1960

Eric Burden and the Animals

Two classic songs from the 1960’s come to mind that make me smile every time I hear them.  The first one “Save the Last Dance for Me” makes me think of my husband who had absolutely no rhythm although he never hesitated to get out on the dance floor. I finally suggested that we take Ballroom Dancing. We had so much fun and he actually made some progress, but whenever we were at a venue where others were dancing, he’d resort to his usual stomping like a farmer trying to put out a grass fire. The other song that reminds me of him is ”Ain’t No Mountain High Enough” that we frequently sang as a duet, especially in the car, and to the top of our lungs. My sweet husband loved, loved, loved to sing, but he couldn’t carry a tune in a bucket. Sadly, he passed away prematurely at age 55. I miss my dancing partner and songbird, but I also know that he would say to me: "Don't cry because it's over. Smile because it (we) happened."  -- Dr. Seuss

I was and am a huge fan of Elvis.  My absolute favorite is "Welcome to My World.". Also on my daily list are

"Suspicious Minds" and "How Great Thou Art.". Unbelievably, his only Grammys were for gospel.  I believe Elvis was recognized for "Are You Lonesome Tonight" this year.  I feel he was and is the greatest singer of all time.  I watch the Hallmark movies made at Graceland, but they can't hold a candle to him even though Priscilla makes a cameo appearance.

I also listen daily to the Beatles, especially "Yesterday" and love the history as Paul McCartney tells it.

What a great time to grow up.  The kids today should have been so blessed.

My four favorites - all from my college years are: Hey Jude (Beatles), Both Sides Now (Judy Collins), Sitting on the Dock of the Bay (Otis Redding), and Sweet Caroline (Neil Diamond). Terrific memories.

Both Sides Now: A very good choice: Judy Collins had (has) the perfect voice for that song.

Light My Fire & Riders on the Storm by the Doors, Innagaddavida by Iron Butterfly, All Around the Watchtower by Jimi Hendrix, Sunshine of Your Love by Cream.

These are only some of my favorites:

For What It's Worth - Buffalo Springfield

Love Her Madly - The Doors

Time of the Season - The Zombies

This Old Heart of Mine - The Isley Brothers

Summer In The City - The Lovin' Spoonful

We Gotta Get out of This Place plus any of the 1960s anti-war songs (I lost family members and friends during and after Vietnam). I was not against the military, only the idiots in Foggy Bottom.

3 Kudos
2,662 Views
0
Share
Report
Reply
Turn on suggestions
Auto-suggest helps you quickly narrow down your search results by suggesting possible matches as you type.
Showing results for
Show  only  | Search instead for
Did you mean:
Users
Need to Know