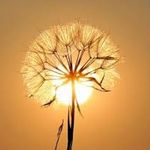 Band On The Run - Foo Fighters

Chicago's cover of Glenn Miller's "In The Mood" is a great version, from their Night and Day: Big Band album.

1979. Covered by Cyndi Lauper in 1983.
His version doesn’t even compare with hers

Nobody has ever heard of or heard Ol' Roberts version.

EVERYBODY has heard of Cyndi Lauper's version and

loves her and the song.

Love Paul to death, does a credible job, better than OK., good. evn.

But comparing to the real version by Little Richard, no.

It would be listening to Little Richard  Baby I'm Amazed.

Good one!  I also love his cover of Be-Bop-A-Lula on MTV Unplugged, 1991. He can really channel is inner Gene Vincent!

I love that cover as well! Truth be told

there’s not much of his music that I

A Groovy Kind of Love- Phil Collins version of Mindbenders hit. Both are great versions.

Tell it like it is, Aaron Neville,1966 covered by:

Yes, by far it is a very nice cover, and I love the Wilson sisters.

But Aaron Nevil;le owns this song bar none.

From The Kennedy Center Honors last night: If you missed the show, then you missed -

Nice pick Volta, Kelly killed it on this one. Girl has great chops.

I don't remember the original country version from 1956, but I do remember the 1962 hit version by the British folk-rock group, The Springfields, which was excellent with the beautiful harmonies. It was recorded by many popular artists of the 60's and became something of a folk-rock classic. But then Linda Ronstadt comes along, and released a country crossover version in 1973 that blew them all away. She gave it something that every other artist had failed to do: She gave it Attitude! (with a capital A). It rocks! While many artists have covered it, Linda's version is, hands down, the best version ever, as far as I'm concerned.

Volta, as usual you nailed it. Linda Killed on this cut. She made it almost power country.

Her vocals are great. I might be wrong, but it is that cut from the era where the Eagles

were her back up group? Love her.

Thanks, @jm2422.  This song was recorded and released after the Eagles had left the nest, so to speak. They were with her band 71-72-ish.

The Temptations I Can’t Get Next To You covered by Savoy Brown.

They did a pretty job on this cut, but they'll never top David Ruffin's and

Eddie Kendricks vocals on this one. It's a Temps classic.

Just for the record...the lead vocal on this was Dennis Edwards who replaced Ruffin who went solo.

by Brian Hyland in 1970. Hyland rules on this

but there’s something about the Turtles

version that I love even more 🎼💜

Warren Zevon's cover of Dylan's "Knockin On Heaven's Door". You can feel the emotion of Zevon nearing death.

In his autobiography, Kay wrote about learning to play guitar listening to Hank Williams records, and getting a HW Songbook. Country music was very popular in Toronto back then. I believe it was also covered by his earlier band, The Sparrows. He later put it on his solo album, Forgotten Songs and Unsung Heroes.

Love that soulful, raspy voice of his, and the change in tempo.

Nice work by the 'wolf boys too.

0 Kudos
1,684 Views
1
Share
Report
Reply
Turn on suggestions
Auto-suggest helps you quickly narrow down your search results by suggesting possible matches as you type.
Showing results for
Show  only  | Search instead for
Did you mean:
Users
Announcements