Relocating To An Area Where I Don't Know Any One

Relocating To An Area Where I Don't Know Any One

This is my first time post here on AARP.   I am a male, 65 (soon to be), single, no children and never married.   I recently retired unexpectedly from a job I had for 15 years.  I had loved that job but things took a turn for the worst at the time I left there.  And now I'm taking in less money but still paying rent which is higher than what I'm taking in.   Also I'm not crazy about the city in which I reside at and desire to leave.

Just recently I was thinking about moving to a rural area in another part of the US.  I had it all planned to visit that place but then I decided to cancel my trip there.  I didn't know anyone at that place, and that was a factor for me deciding to cancel the trip.   But I have regretted that decision.  Perhaps I could try again.  The most important factor in my decision to want to move there was that I could afford a house there, which I can't where I am now.

Is it a good idea to move to a place and not knowing anyone?   I feel like it would be much easier to move to new place if I knew someone there.  Is there anyone else like me facing this?  I consider myself introverted and kind of shy, so it's not easy for me to make friends. I personally prefer to hear from men only about this, especially single men.

I think it is not easy to move to a new place if we don't know anyone there.

I don't think a decision should be made dependent upon whether it is perceived as "easy". Anything can be done with determination, strength, grit and confidence. Staying in a place that does not meet your needs or wants and being resigned to and defeated by complacency because it is not easy doesn't say much nor is it uplifting. 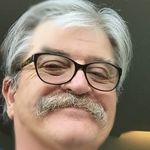 Thats a very complex question with not much to go on for an answer.  I would suggest starting by taking inventory of yourself and taking something like a personality exam, this one looks good to start: https://www.16personalities.com/free-personality-test

I have taken a personality test of something like that.   It turned out that I'm an INFJ, supposedly the rarest personality type.  In reviewing what that is, I felt like it was very accurate for me.  No wonder I have always felt like an outsider!

I'm not looking for psychological answers.  I'm looking to find out if any men had ever relocated to a new place, not knowing anyone, like I wanted to do or feel like I have to do.

I don't think this is a personality or psychological question. It is a personal and financial choice decision along with it being a knowing yourself decision. My suggestion would be to make multiple pros and cons lists. Make a pro/con list for staying where you are now and a pro/con for what it would be like in 10 years if you stayed where you are now living. A pro/con list for the specific place you are considering moving to. Then write a list of things the 'new' place must have. And of course do a financial assessment and projections for staying where you are versus moving. There is a website called city-data dot com where you can find all sorts of info, it also has a forum to interact with people of that area. Hope this helps.

Thanks so much, especially about the City Data.com.   I have seen City Data before, like years ago, and wasn't too impressed because it seemed like it was just general discussions.   But I looked it up just a few minutes ago and was impressed and surprised on how well it was laid out about states.   There was a particular small town I wanted to look up in the discussions and I thought it wouldn't be there.  It was there and I was impressed with the comments about it.

Just to reiterate on my original post, I'm ashamed to say that I had an anxiety attack in the middle of the night, only about two hours before having to get ready for my trip.  I felt awful about it, but now I feel a little bit more recharged.

On the other hand, I'm still waiting and hoping for someone to post on here saying that he had moved to a new area without knowing anyone and what it was like for him doing it.

Thanks for responding and glad you found City Data helpful. Why not ask someone on city data what life is like moving there when you don't know anyone, ask about activities, where does everyone go for Sunday morning breakfast, start to interact and meet people on City Data, tell them you are from xyz city and are considering moving there.  Keep in mind you are asking for subjective opinions and a website forum is only as good at the people to contribute to it. There is Niche website too but I didn't find it very helpful. Keep in mind, an unknown person sharing their experience of moving to an area could be helpful and yet may not be relevant to you in your life. For example, A person could be believe vanilla ice cream is the best; yet you believe chocolate ice cream is the best. Whose belief is relevant, significant and important? Yours or the unknown person who shared vanilla ice cream is the best? There's no need to be ashamed for sharing about an anxiety attack, we have all had them, if someone hasn't well then you are lucky. Let me add here, society has to move away from the shame and guilt feelings all they are is a hindrance to living. Let me ask you, what do you perceive the difference of experience would be whether it a man or a woman move to a place without knowing someone? What specifically would you like to hear about a person's move? Do you need to specifically hear an affirmation that a man did move without knowing someone? If you went away to college, you already moved to a place without knowing someone and shared a dorm room.  Also, if you move there and decide you don't like it move somewhere else or move back. Explore your inner concerns about moving, write a pro-con list. Please do keep in mind and I have moved from East Cost to West and lived in between, there is a long transition and adjustment period --at least a year.

Thank you for your reply.   I still want to hear from a man, preferably an older man, who had moved to a new place and not know anyone.   I would to like to have it posted on here.   If I went on City Data I'd probably get an answer that's predictable.  I haven't posted on there yet and I wanted to, but other things recently and unexpectedly came up so I never got around to it.

The reason I preferred hearing from a man is because I feel like men and women are different.  I feel strongly that women make friends a lot easier than men do.  It guess it's because women reach out more and are more accepting to others who do not fit them than men do.  I heard from a woman on another discussion board who had moved from LA to eastern Kentucky all by herself.   She did that when she was in her 50s.  She made friends and feels that the people in community are very caring.   So I feel like what works for a woman might not work for me.

I am introverted and don't feel comfortable with crowds and I'm shy with strangers.  I especially feel like I don't fit in if I was in a place full of couples and kids.  I like being alone at times.  A small, rural type place appeals to me because of possible peace & quiet and not have crowds like it is now at where I live.  But I know that there will be some drawbacks, too.

I went to college and didn't know anybody, except for one person whom I wasn't very close to.  Bear in mind, that was about 50 years ago!  It was rough at first but it got much better later on.  Obviously college and moving to another place is totally different.  I was much younger and there were not the differences among my peers back then as it is now.  Also college had a built in social life and events going on and you don't have to leave a confined area.  It's not like that now.

Well,here is another female responding to your question. I moved to a town where I did not know anyone. I am in my 60's. I found that the senior center and the library are both very important for my life. I came to this area on vacation several times and spent time exploring different communities in the area.

Interesting post title!  I first thought that I was "very brave" thinking on moving to a place where I do not know anyone or anything.

Thank you all for providing a place to communicate.

0 Kudos
836 Views
0
Share
Report
Reply
Turn on suggestions
Auto-suggest helps you quickly narrow down your search results by suggesting possible matches as you type.
Showing results for
Show  only  | Search instead for
Did you mean:
Users
Need to Know