PSYCHEDELICS - A CURE FOR MENTAL DISORDERS?

PSYCHEDELICS - A CURE FOR MENTAL DISORDERS?

Psychedelics belong to a group of hallucinogenic drugs that trigger non-ordinary states of consciousness or psychedelic experiences. These drugs activate the brain to combat mental disorders such as anxiety, depression and PTSD. According to WHO, depression is a leading cause of disability affecting more than 360 million people worldwide every year. Psilocybin produced from "Magic Mushrooms", DMT (N-Dimethyltryptamine) found in some plants and Ketamine, besides the notorious LSD, are examples of psychedelics. While psilocybin and DMT are undergoing clinical trials these days, ketamine is far more advanced and has already entered the marketplace as a treatment for anxiety and severe depression.

I am starting this thread to solicit our members' opinions on psychedelics as well as to get a feedback on their personal experiences if they they have used any psychedelic drugs to treat their mental disorders.

Finally, a warning is in order! Please do not use these drugs without consulting a Physician.

Lets take the "D" out of "PTSD".  It is not a disorder it is a natural neurological process.  Having that "D" there is like calling the greiving process Loss of a Loved One Disorder.

Good news for those who would like to try psychedelics legally for treating conditions such as anxiety, depression, addiction and PTSD! Early next year, following a ballot approval in 2020, Oregonians will have access to psilocybin derived from Magic Mushrooms for psychedelic therapy. Other states such as Texas will follow Oregon pretty soon. FDA hails psilocybin as a "breakthrough therapy" for treating severe depression! This new openness for psychedelics is indeed encouraging.

On September 2, I participated in a webinar on "Psychedelics in Psychiatry" hosted by Prof. Matthew Johnson at Johns Hopkins School of Medicine. The webinar was focused on clinical trials using Psilocybin derived from mushrooms. The trials clearly indicated that psilocybin leads to increased personality openness in healthy participants, decreased depression and anxiety in cancer patients, and increased biologically-confirmed quit rates in treatment-resistant tobacco cigarette smokers. For additional information, go to the link:

The Native Americas in New England used the mushrooms for headaches and mental balancing as well. It's been our belief that the early settlers to the region accidentally ingested the " magic mushrooms" not knowing of the psychedelic qualities, which in turn, led to the infamous Salem Witch Trials.

As a Native American, the use of psychedelics has been a part of our culture since time immemorial. The use of Peyote during our ceremonies has always been a source of cleansing the mind and a step in healing. I've used peyote since my coming of age and only thru ceremony have continued using it. As I've grown older I have noticed that I'm less stressed out, very ,if any, headaches. My memory is still intact and my mental state is normal. Of course I've never done drugs and have limited use of alcohol in my life. I believe in the power of Mother Earth to heal me. There is considerable proof that when used properly Marihuana, Mushrooms and Peyote can provide relief from certain mental conditions. It's better to depend on nature then to depend on chemicals that only mask the problem while creating more thru side effects.

Remember every known culture has at some point in time relied on Mother Earth to provide relief from illness .

Thanks Oscar for sharing your personal experience with our audience. This is exactly the kind of input I was hoping for when I started this topic less than a week ago. Native Americans have used Psychedelics such as Peyote and Ayahuasca brews for centuries in religious festivals as well as for physical and mental healing. Peyote is a small spineless cactus containing the psychoactive compound Mescaline and Ayahuasca is a psychoactive brew containing DMT extracted from plants and herbs in South America. 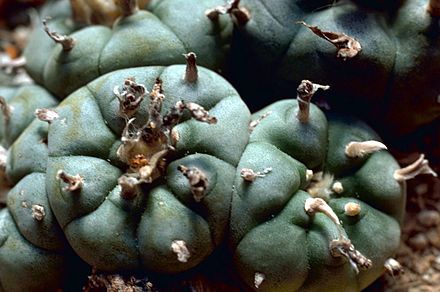 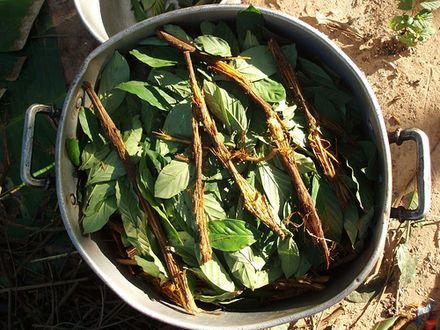 0 Kudos
2,015 Views
0
Share
Report
Reply
Turn on suggestions
Auto-suggest helps you quickly narrow down your search results by suggesting possible matches as you type.
Showing results for
Show  only  | Search instead for
Did you mean:
Users
Need to Know