Does his legacy have an impact on your life? Do you do anything special to remember him on this day?

What MLK Day means to me is that all these years later we still struggle side by side for equality for all people.. I read his "I have a Dream speech" and it made me sad.. I saw exerps from the March across the Bridge in Selma and just know Martin was taken too soon, but his words live on and we as those that want more can see small strides have been made..It to me is a time to look back further than Martin and see the George Wallace era and how at 83 I can't see why skin color seperates us so much, under the skin we are all the same..  GOD made his Children different in hopes we would learn to love each other, and MLK day brings this to the forefront for me as I would hope all American's would learn we are all the same..

Yes... and so were Napolean Bonaparte, Peter the Great, Benjamin Franklin, General Omar Bradley, Presidents Thomas Jefferson, Franklin D. Roosevelt, John F. Kennedy, and many, many more. But (no excuses for womanizing), I am grateful for their positively profound, courageous, historical and life-changing contributions to mankind.

MLK Day means that the country acknowledges the oppression suffered by Africans and their descendants beginning in the 1600s. While it doesn't erase or ameliorate our past and present suffering, it does recognize the injustices in this small way.

MLK means so much to me and my family,he was a king in my eyes

My father had a beautiful picture of him on his bedroom wall. He had great leadership and wisdom, when I hear his speeches I start  to cry. Thank God for letting live to worship him.

MLK Day reminds me that as a nation, we still aren’t doing enough to balance and equalize social justice in America. Martin Luther King was a learned and profoundly spiritual man. He was also Black, but he never referred to his race. When he spoke, he referred to all men and women as one living/working together.

In his short lifetime, he managed to nudge the albatross of civil rights and vigilantly set the tone for nonviolence. So, how far have we come in the 51 years since his death? Today, nonviolence covets the media and his legacy to advance racial and economic justice for all remains unchanged according to recent studies.

Example: Take three people with the same education and level of experience (White, Hispanic, and Black). They match perfectly for personality, skills, gender, etc. The only difference is color. Problem: There is only one job and three candidates. Who do you think is more likely to get that job? Equal opportunity in America is a myth.

Walking down the street the other day, I stopped to listen to a conversation among a few seniors who were discussing the new neighbor, a Black woman. A couple pointed out that they weren't prejudiced and it was okay with them if she moved in. I gingerly asked the small group why a person’s skin color even enters our conversations anymore. In this case, there were so many other things they could be talking about - her cute little dog, the friendly wave she offered when she stepped out of her car, what we could all do to welcome her, etc.

As a Christian, what I'm learning about life is to see the face of Jesus in every person I meet. Martin Luther King was an underappreciated and undervalued gift to mankind and we could all still learn from him, too.

As one who has lived all of his 70 years in the New Orleans area except for 4 years away in N.C. for college, who is also an upper middle class Caucasian male, I am very glad that we now celebrate Dr. King's life and legacy nationally and annually.  It speaks to me of enormous progress in race relations since I came of age in the late 1960s. Though I imagine that Dr. King would say that there is still much to be done if her were alive today, I also believe that he would be encoiuraged by how much has been done since he was a young man.  Finally, I wish that he was alive today because it seems to me that his deep Christian faith and his love of peace would give him the voice to help close at least some of the divisions that now threaten to rend this nation asunder.

KidBoy2
Honored Social Butterfly
It reminds us of the injustice that was done, and is still being done to people because of their color. Its good to have a day to remind us of that.
Kid
4
Kudos
19555
Views
2 Kudos
4,903 Views
2
Share
Report
Reply 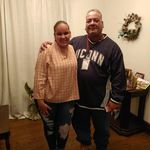 Dr. Reverend Martin Luther King Jr. is synonomous to me with the word sacrifice and athough he was not GOD it reminds me of the same sacrifice they both did for humanity. GOD for his children and the Dr. Reverend for his brothers and sisters. May you continue to REST IN PEACE your brother Eli....

Thank You for everything you did and tried to do. l have  pass that information off to my offspring and will continue to walk in your footseps. FREE AT LAST FREE AT LAST! THANK GOD ALMIGHTY ONE DAY WE WILL ALL BE FREE AT LASSSSSSSSST!!!!!!!!!!!!!  All of GODS children and all of the

Just attended Convocation in Dalton Theater at Kalamazoo College. The speaker was Dr. Barbara Ransby of the University of Illinois at Chicago. The theme for this year’s celebration in Kalamazoo was “Injustice for One is Injustice for All.” She mentioned some ambivalent feelings she had about this day and in her speech she decided to complicate our view of Dr. King, highlight his unfinished work by reviewing the three pillars of his work and point out the potentials for the future.

She said that the three pillars were opposition to militarism, racism and capitalism. At the end of her speech she quoted an African-American man who spent 43 years in prison for a crime he did not commit. He said that our responsibility is the dream of the future that we want to see and to live in that dream.

After the presentation was over, a man I have seen around wished me a happy MLK day. My thought was that my dream was that in the future we use some more activist greeting for Dr. King’s celebration. Here a few ideas I came up with:

Then I was reminded that many people now respond to the regular greeting: “How are you?” by responding: “I’m living the dream.” This is not merely reserved for Martin Luther King Day but it fits with another dream of mine that we find some way to incorporate of the ideas of this holiday into our everyday lives. We should find a way to keep the dream alive.

Replying to JBoyd:  Wonderful idea! Well, I work hard to remain a Dreamer these days. MLK gave us a roadmap to make the dream come true. I cling to that roadmap these days. God bless him and all who continue his work!

it means a day when certain businesses are closed for what reason I have no idea. do you really think the employees are home celebrating the life of martin luther king?

A day of reflection of the struggle and perseverance of the oppressed. The courage of MLK to stand up against the powers that be for justice and equal rights. That must keep moving forward because we are not living the complete dream.

Yes, many are celebrating MLK Day including me. Regretfully we don't have enough peacemakers like Dr. Martin Luther King, Jr. in this world today to celebrate. Just "Imagine" if we did.

2 Kudos
5,303 Views
0
Share
Report
Reply
Turn on suggestions
Auto-suggest helps you quickly narrow down your search results by suggesting possible matches as you type.
Showing results for
Show  only  | Search instead for
Did you mean:
Users
Need to Know