This takes funds so we are for help. If you use Amazon to do your shopping then please use one of the following Links to log into Amazon Smile. Amazon will donate money to one of these organizations at that will help with the Cost of running it. No Officers of the Association receives a salary.

Also share the Blue Water Navy ship store link with your friends, suggest that if they have a Blue Water Navy friend they would like to buy a gift for they should go here:

Once again, you have fought the good fight !

@VFXer  Thank you for bringing this initiative to our attention.

Amazon Smile is awesome: we use it all the time. (Just used it for a order of 180s (ear muffs), chipotle hot sauce and homeopathic allergy meds. ) 🙂

More info for anyone needing same, from: https://www.publichealth.va.gov/exposures/agentorange/locations/blue-water-veterans.asp

Veterans who served on open sea ships off the shore of Vietnam during the Vietnam War are sometimes called "Blue Water Veterans." 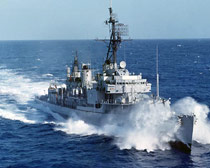 Blue Water Veterans are not presumed to have been exposed to Agent Orange or other herbicides. Some of the open sea ships docked to the shore of Vietnam, operated in Vietnam's close coastal waters and sent smaller vessels ashore, or conducted operations on the inland waterways of Vietnam.

These Blue Water Veterans, who did not set foot in Vietnam or serve aboard ships that operated on the inland waterways of Vietnam anytime between January 9, 1962, and May 7, 1975, must show on a factual basis that they were exposed to herbicides during military service to receive disability compensation for diseases related to Agent Orange exposure. These claims are decided on a case-by-case basis.

VA maintains an evolving list of U.S. Navy and Coast Guard ships associated with military service in Vietnam and possible exposure to Agent Orange based on military records. The latest version of the ships list can be found on VBA’s “Veterans Exposed to Agent Orange” Web page.

Veterans who stepped foot in Vietnam or served on its inland waterways anytime between January 9, 1962, and May 7, 1975, are presumed to have been exposed to herbicides when claiming service-connection for diseases related to Agent Orange exposure. Veterans in these circumstances

VA asked the Health and Medicine Division (HMD) (formally known as the Institute of Medicine) of the National Academy of Sciences, Engineering, and Medicine to review the medical and scientific evidence regarding Blue Water Veterans’ possible exposure to Agent Orange and other herbicides.

HMD's report Blue Water Navy Vietnam Veterans and Agent Orange Exposure was released in May 2011. The report concluded that "the committee was unable to state with certainty whether Blue Water Navy personnel were or were not exposed to Agent Orange."

VA can help determine Agent Orange exposure or qualifying service in Vietnam after you file a claim for compensation benefits. 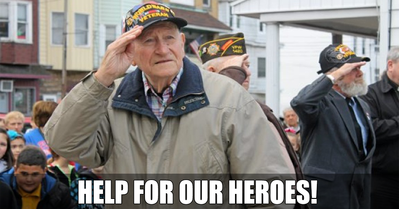 "The key to success is to keep growing in all areas of life - mental, emotional, spiritual, as well as physical." Julius Erving
1 Kudo
9,389 Views
0
Share
Report
Reply
Turn on suggestions
Auto-suggest helps you quickly narrow down your search results by suggesting possible matches as you type.
Showing results for
Show  only  | Search instead for
Did you mean:
Users
Need to Know