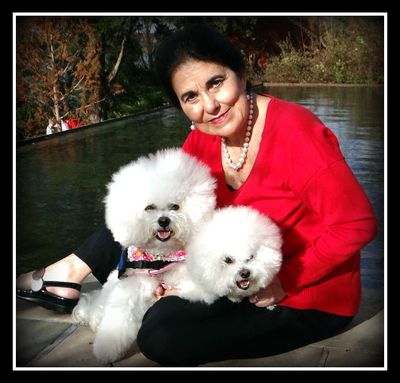 I am a DES daughter. My mother took DES (Diethylstilbestrol) throughout her pregnancy. I remember very clearly when she told me about my DES exposure in utero in the mid-1970s after it became public that there were health issues related to the exposure.
The first risk known was for clear cell adenocarcinoma of the **bleep** and then they discovered infertility and pregnancy concerns. For me, it was infertility, ectopic pregnancies, osteoporosis and now brittle bones.
It is now known that DES daughters are at a higher risk of developing breast cancer as well as their mothers. Many DES Daughters developed a variety of reproductive malformations that effected fertility and the ability to carry a baby to full term. DES Daughters are at a higher risk for reproductive cancers. DES sons have also experienced difficulties such as testicular cancer, hypospadius, hormone imbalance, epididymal cysts, undescended testes, extremely small testes, hypospadias (misplaced urethral opening), micropenis (some, but not all), increased risk of infertility.
What is going to happen to the DES Exposed as they age, we do not know!
New health related conditions from DES Exposure are being found:
• DES did effect the skeletal development in utero.
• Cardiovascular risk doubled
• Risk of pancreatic cancer
• Many genetic changes have been discovered
• Musculoskeletal: Lumbar, femoral bone, articular cartilage and intervertebral disc changes
• Ovarian cancer is DES Granddaughters
• Obesity
• Autoimmune diseases
• Encoded genome changes
It is unknown what will happen to the 3rd and 4th generations but we are beginning to see issues in the third generation. Hypospadius in DES Grandsons and Ovarian Cancer in DES Granddaughters. DES was found to be one of the first transplacental carcinogens and teteragen.
Historically, in 1992 Congress passed the first federal legislation (HR 4178) that mandated a national program of research, outreach and education about DES. This was led by NCI and CDC http://www.cdc.gov/des. In 1997, Congress passed legislation authorizing renewed funding for DES research and education. It was exciting that on February 22, 2011, the FDA wrote a letter to former Senators Brown and Kerry of Massachusetts addressing DES and calling it “The DES Tragedy”. There are over 10 million Americans living with this tragedy and countless more around the world. We do not know the numbers of third generation DES Grandchildren and concern is there about the fourth generation of the DES Exposed.
I have been a DES advocate for over 30 years. I am a former board member and past president of DES Action and now the Administrator of DES Info. As volunteers, we are keeping the DES story alive on the Facebook page DES Info and are providing ongoing information on the effects of DES Exposure and support the victims of this tragedy.
I feel that DES exposure is a catastrophic medical error that has affected my life as well as millions around the world. It is now listed as one of the “Rare Diseases” DES embryofetopathy:
DES syndrome: UMLS C0853695
All of the DES Exposed are still awaiting an apology for this medical error and catastrophe. When medical errors occur today, there is a national expectation to address the medical error, apologize for the error and support the victim. It is time for the pharmaceutical industry to address this multigenerational tragedy and support the DES exposed as they deal with ongoing health issues related to this carcinogen and teratogen.
Karen Fernandes, R.N., CPHQ
Administrator: DES Info
#Diethylstilbestrol
#TheDESTragedy
DESInfo411@gmail.com
KMFDallas
0 Kudos
3,276 Views
0
Share
Report
Reply
Turn on suggestions
Auto-suggest helps you quickly narrow down your search results by suggesting possible matches as you type.
Showing results for
Show  only  | Search instead for
Did you mean:
Users
Need to Know