Good afternoon, I booked a hotel through the AARP Expedia Travel Center. When we showed up to the hotel, there was a sign on the door saying that they had been shut down by the local fire department and there was no one there but that everyone booked would get a refund. We ended up going to another hotel. I called the customer support for AARP Travel Center and they said they needed to call the hotel to verify it was actually shut down. Of course no one answered so they said they would send them an email. The person I was talking to didn't really seem to understand what I was saying as he kept asking about what time I had checked in and if that was within the checkout times which it was but was totally irrelevant to this situation.

Anyway, I wasn't very confident about the service I received, so I called AARP Travel again the next day and the person I was talking to tried to call the hotel three times with me on the phone and still could not get through. They said they would continue to try and would let me know. I also tried to call the hotel and the phone just rings and rings and no one answers. It was a a LaQuinta so I ended up calling their main customer service line and they said they didn't know if they could do anything since we had booked through a third party but would look into it. I got an email from AARP Travel last week saying they

"We apologized, Our staff has attempted to contact the property multiple times to request this exception. Despite our best efforts, we have been unable to get an answer from them.
As such, we are unable to get agreement to waive the fee for this itinerary.
We will now close this case for you, if If you need further help, please feel free to contact us!
Thank you for partnering with us."

This is terrible customer service!!! If the hotel is shut down, of course they are not going to answer. I don't know what I am supposed to do but I recommend that AARP looks into this if they want people to continue to use this service. I know I plan on never using it again.

Hi Tim, I am sorry to hear about your experience and that nothing was resolved when contacting the AARP Travel Center powered by Expedia. Please call AARP toll-free at 1 (888) 687-2277 and request an escalation to the Member Relations Team. We would be more than happy to reach out to the AARP Travel Center powered by Expedia on your behalf regarding this matter. Please note that we will need the following information:

- Your name and address

- Your itinerary # from Expedia

- Your email address used with Expedia

We look forward to hearing from you so we can further assist.

I booked a "bundle" flight and car just an hour ago, online. Pressed GO and was shown "Transaction failed" or some such page. The charges immediately showed up on my Amex account. I contacted Expedia via chat - that person "found" that there were "NO CARS AT ALL" at my destination to be had (PHX). Tried them by phone, same thing. Quite insane. I only hope the charges go away. Now going to AAA hoping to book flight+car. Assuming THEY do not use Expedia... 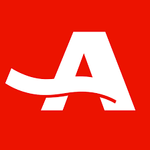 Hi there, here to help! We certainly understand your concern regarding AARP Travel Center powered by Expedia. We would be glad to work with the Escalation team at Expedia to have this investigated for you. If you are still having difficulties with your AARP Credit Card from Barclays, please either give us a call at 1-888-OUR-AARP (1-888-687-2277) to request an Escalation or send me a private message in the AARP Online Community by clicking this link and entering my username, “AARPThelmaG” into the “Send to” box https://community.aarp.org/t5/notes/composepage. Please provide the following details in your message:

We apologize for the inconvenience and appreciate you informing us of your concern. We look forward to hearing from you soon!

I absolutely NEVER use these online bandits!   I resent the way they co-0pt the legitimate website of hotels and such.   It is not difficult to book directly--why be bothered with them?   And if they are affiliated with AARP, more reason to shun them like the plague!

Hallelujah! I finally got to get the travel center to agree to a refund after weeks of calling both them and the hotel. I would strongly NOT recommend using the travel center for booking anything as their customer service is horrendous if there ends up being a problem with your stay. You are better off booking directly with the hotel. In fact, from my research, the rates on the hotel's website if you are a member of their rewards program are as good if not better than the AARP rates.

Hi Tim, I am sorry to hear about your experience and that nothing was resolved when contacting the AARP Travel Center powered by Expedia. Please call AARP toll-free at 1 (888) 687-2277 and request an escalation to the Member Relations Team. We would be more than happy to reach out to the AARP Travel Center powered by Expedia on your behalf regarding this matter. Please note that we will need the following information:

- Your name and address

- Your itinerary # from Expedia

- Your email address used with Expedia

We look forward to hearing from you so we can further assist.

Thank you Stephanie. I just called them and they are going to file a report. As an update, since posting this I was finally able to get in touch with the hotel and they said they were going to notify the Travel Center. I haven't heard anything yet but am hoping this helps resolve it.

First, I want to say how sorry you went through this chaos. I stopped using AARP Travel when the room I booked for my mom and I for AARP meet-up in NOLA in 2012 was not received by the hotel. We ended up trying to find a room for hours, then paying twice as much, then paying for parking daily we wouldn't have had to if the system worked, as well as having to prove the error to receive a refund, which, as you're experiencing now.

I didn't post about this before because I don't want to be negative, but your experience seems so much like ours; I want folks to understand possible issues. I've found using AARP discount works much better (and efficiently and cheaper) than the "travel".

Thank you for responding. Where I'm at now is trying to get LaQuinta/Wyndham corporate to get me a contact number for the hotel as they are still not answering their phone. Then I'm going to call the Travel Center again and hopefully get them in contact with the hotel. Does anyone have any other suggestions?

0 Kudos
3,058 Views
0
Share
Report
Reply
Turn on suggestions
Auto-suggest helps you quickly narrow down your search results by suggesting possible matches as you type.
Showing results for
Show  only  | Search instead for
Did you mean:
Users
Need to Know