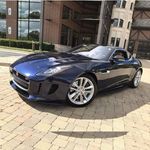 Well, we're less than 4 weeks away from the 2020 COLA announcement.  It should come about Oct 10-11.  Based on the last 12 months of the CPI-W, the new COLA would be 1.5%, but that is an Aug-Aug look, not the actual Sep-Sep look that will be used.  If the average change each month in the CPI-W is applied to make a September prediction, the COLA will be 1.6%.  Based on the SSA CPI-W data at https://www.ssa.gov/oact/STATS/cpiw.html, there have been 4 months in the last 11 months that inflation has decreased.  That's not going to be much of an increase for the average SS recipient unless there is a large increase in inflation for September.  Inflation would have to increase at least 1.3% in September for the COLA computation to reach 2% for 2020.

COLA is computed as the 3rd Quarter average of the current year (July-Aug-Sept) divided by the 3rd Quarter average of the previous year.  The answer is the multiplication factor to use to on your current gross SS benefit to compute your 2020 gross amount and rounded down.  If you subtract 1 from the COLA factor and then multiple by 100, the result is the COLA percentage amount.  In some previous years when the multiplication factor was less than 1, those were the years the COLA was 0%

0 Kudos
1,171 Views
0
Share
Report
Reply
Turn on suggestions
Auto-suggest helps you quickly narrow down your search results by suggesting possible matches as you type.
Showing results for
Show  only  | Search instead for
Did you mean:
Users
Need to Know