To avoid missed or late payments, just sign up for auto pay. They will send you an email at billing time to let you know that your cc is being charged, and if you went over any time or data limits. You can also sign up for alerts on your time / data usage if that is a concern. They warn you if you are getting close to your limit.

That is what I have done. While that might seem obvious, what isn't obvious is that not everybody has a credit card and those without credit cards generally don't have enough free cash flow finding its way through their checking account to risk direct auto-bill.

To avoid missed or late payments, just sign up for auto pay. They will send you an email at billing time to let you know that your cc is being charged, and if you went over any time or data limits. You can also sign up for alerts on your time / data usage if that is a concern. They warn you if you are getting close to your limit.

I have had continued problems with the service from Consumers Cellular.  Spotty performance and poor or no internet connection with my smart phone.  They never could get it right but I stayed with them because they were CHEAP.

I'm guessing you were given a T-Mobile SIM, worst carrier in the world. Before going with any carrier you need to perform a coverage comparison, not just "are they cheap?" There is an interactive map part way down in this article. Consumer Cellular has SIM cards from 2 different carriers, AT&T and T-Mobile. AT&T has passable service/coverage while T-Mobile is the worst carrier on the planet called Earth. They constantly try to suck people in with "unlimited Internet" knowing full well nobody can stay connected once they finally find a signal.

Note too that not all phones work on all networks. Phones claiming to work on any network barely function on any of them. This isn't a horrible article about the two different technologies in use in America.

Their billing department seems to be over zealous in disconnecting you if you are a week beyond you due date.

That would not be over zealous. Consumer Cellular isn't a lock-you-into-a-contract service. It's a pay-as-you-go service. Stop paying and you stop going. The multi-year contract services not only do a credit check on you, but if you dig into the fine print you've also agreed to let them raid your bank accounts at will to collect overdue payments, even garnish your wages or other income. Pay-as-you-go-services don't get that. I can understand them shutting off service within a few days of non-payment. They don't have the legal recourse and they are CHEAP. A collection agency is going to cost them more than your $25. If they wish to stay in business they really cannot focus on attempting to retain "customers" who want to pay when they feel like it instead of when the invoice is due. Many many many people have found out those multi-year contract places really will collect their money and they will trash your credit rating while doing it.

I have had continued problems with the service from Consumers Cellular.  Spotty performance and poor or no internet connection with my smart phone.  They never could get it right but I stayed with them because they were CHEAP.  Their billing department seems to be over zealous in disconnecting you if you are a week beyond you due date.  When I tried to get this resolved they didn't answer their "chat" on line, their customer service transferred me to the billing department that was already closed.  To resolve this with their customer service they wanted their money but didn't care about customer retention or fixing the problems with my phone service.  Based on the mediocre attitude of Consumers Cellular as exhibited by their customer service I am going to look for another service that really has intentions of trying to stay in business.  I also do not understand how AARP and JD Powers can support this company.

You know, I've been using them for years without issues. I even buy phones on eBay and just transfer the SIM card. Having said that, CC only resells a subset of AT&T and T-Mobile's services. I say subset because AT&T allows customers to block phone numbers via a Web page, but Consumer Cellular customers don't get that. Consumer Cellular wants customers to "install an app" which is impossible on a stick or flip phone and nobody should have an idiot phone to install an app on anyway. After 30+ years in IT I can tell you idiot phones are the most insecure device ever manufactured.

Like every carrier out there they screw you on a downgrade. If you downgrade your services they don't reduce your bill or have that take effect until the next billing cycle.

T-Mobile has the worst coverage in North America. If someone got a T-Mobile SIM from Consumer Cellular they will have a miserable experience. 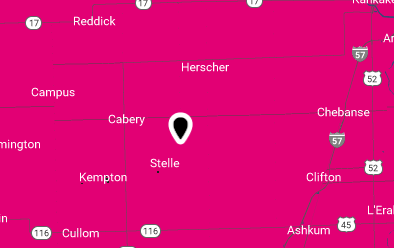 When visit this link and key in the address for the family farm I get this pretty pink image having only a couple of black dots. That map is a complete fabrication. I tried a T-Mobile SIM from CC before getting the ATT. I couldn't even get one bar standing outside and looking straight at a cell tower just a couple miles away.

I have the ATT SIM card stuck in a Sonim XP-Bolt and have great service. I'm a traveling IT consultant, currently in Minnesota on a project. I've not had issues. 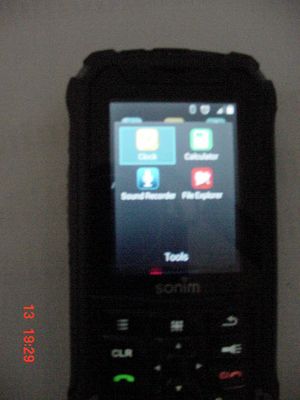 When the last 3G tower gets turned off I have another Sonim phone sitting here in a drawer. I was using it with the current SIM but a software update made it start acting weird so I went back to the older phone. By the time my current phone stops working they should have long since fixed whatever it was they pushed out. Until then, it was only $30 on eBay and can sit in the drawer.

I didn't go through AARP when I got CC. In fact I just joined AARP today. I made the decision on my own after years of various carriers. One has to do a lot of leg work finding non-carrier sponsored actual coverage maps before choosing a cell carrier because it seems if they have even 2 towers up they can claim "nationwide coverage".

I definitely would not recommend Consumer Cellular. I don't understand why AARP supports Consumer Cellular and J.D. Power gives it high ratings for customer service.  In my experience, customer service reps' friendliness and willingness to help is exceeded by their lack of knowledge and ability to provide assistance. The ZTE Mobile Hotspot I bought from Consumer Cellular to connect to the Internet failed within a week. They sent me a new one, and that failed, too. I also went through 3 SIM cards. The ZTE Mobile Hotspot guide states that there is a 12-month warranty, but when I called Consumer Cellular, a rep and a supervisor told me that my claim was outside their 45-day risk-free trial period and refused to honor the warranty. So I'm stuck with a worthless electronic device.

Love Consumer Cellular. I have a problem and a suggested solution. My phone number is 541 914-7429 if you would like to look at my account. We are on the unlimited with 20 GB of Data. Our billing period runs the ninth of the month through the eighth of the next month. This last month(Nov - Dec), we received a notice that we had exceeded our 20 GB on 12/7 and our speed was being decreased. I immediately checked our usage on your web sight and it showed around 18.8 GB used. I call customer service and they verified the amount as being 19.1 GB used. The next day I called customer service again as it was still slow. I again checked our account on line and now it showed around 18.2 GB used. This with virtually one day left till our account reset. I called customer service again and I spent a good 20 to 30 minutes trying to explain the situation. I ended up asking to speak to a supervisor. She spent the next 10 minutes trying to get one and finally said one would call me within 2 hours. A gentleman called about 45 minutes later. The result was he explained it was all computer run and generated and they have to account for data usage which may come in later.

Here is what I feel is the problem. I have a 20 GB plan. With a day and a half left and almost 2 GB remaining, our speed was slowed. The supervisor on the eighth said that the speed is slowed down at 18 GB no mater the date or time to allow for any data to come in from non AT&T towers. Our total usage on my bill statement ended up being just a bit over 18.5 GB. The result for me is slowed speed for a day and a half and 1.5 GB of data unused. I assumed the $40 for 20 GB of data means I'm paying for all 20 GB. If I am close as with this last month every month, I don't see how I will ever use all 20 GB and will have to suffer with slow speed for 1 to ? days each month.

Suggested Solution - My example is an example of what can happen with the existing policy. From what I gather, the policy is up to 26 GB allowed max per month ( $40 first 20, then $5 for each afterwards, and shut off at 26. If this is the case, may I suggest full speed up to 20 GB recorded usage on the account and then slow the speed. Any further usage and pending usage would fall into the $5 per GB category.

What I would like to see is my being able to agree to have full speed up to 23 or 24 GB then slow the speed to 26 GB and shut off at 26. Unless you are loosing money at $5 per GB it only means more income for you if customers go over the 20 GB. You could still make the current set up available to customers that want that type of control.

Thanks for your time.

Is anyone else getting an unusual number of 411/Directory Assistance calls on their Consumer Cellular bills?  My 92 year old mother has a total of 29 listed and sometimes there are 3-4 a minute apart. My mother has all the phone numbers she needs in her address book. I can maybe believe 2-3 calls in a couple of months but not 29!!! Each call costs $ 1.50 !  Check your bills people.

Why would you be "dissapointed?" What's in it for you if any of us like Consumer Cellular? I'm not dissapointed that you like them, only befuddled.

I've had Consumer Cellular for about 3 years now. I switched from T-Mobile because the talk-data plans for smartphones started at $50/month. I pay less than $25/month with CC. I don't use the phone a lot, but I've never had an issue.

"Music can change the world because it can change people." - Bono
Report Inappropriate Content
Reply
0 Kudos
Turn on suggestions
Auto-suggest helps you quickly narrow down your search results by suggesting possible matches as you type.
Showing results for
Show  only  | Search instead for
Did you mean:
Users
Announcements