WHAT ARE YOU LISTENING TO?

WHAT ARE YOU LISTENING TO?

A PLACE TO SHARE YOUR FAVORITE SONGS AND VIDEO'S ...

YOU CAN LEAVE YOUR HAT ON   THIS IS FABULOUS !!  in the soundtrack of 9 1/2 WEEKS the film

On today's date in R n R History -
On a sadder note - "Ohio" is a protest song and counterculture anthem written and composed by Neil Young in reaction to the Kent State shootings of May 4, 1970, and performed by Crosby, Stills, Nash & Young.[1] It was released as a single, backed with Stephen Stills's "Find the Cost of Freedom", peaking at number 14 on the US Billboard Hot 100.

Let Me Be Good to You

I was watching a show of Amy live last night on PBS  so sad to see her there so young and happy.

"We promised our fans we'd play a new song and we've been writing and creating away and we're going to throw something at them on Sunday," Metallica's Lars Ulrich told Rolling Stone last week. "We have something lined up that is fairly representative of where our creative headspace is at right now. It's one of those things that's like, 'Here, we're writing and we're creating.'"

The metal legends debuted the new song — the epic, eight-minute "Lords of Summer" — at their concert in Bogotá, Colombia Sunday night. It's the band's first original music since 2012's Beyond Magnetic EP, and those tracks were outtakes from the band's 2008 LP Death Magnetic. Metallica are on the first leg of a tour they've dubbed "Metallica by Request," which takes them to South America, Europe and Canada and finds fans voting on all but one of the songs on the set list from their 140-or-so-track oeuvre. ("Lords of Summer" being the sole holdout.) UPDATE: Listen to Metallica's studio-recorded "garage demo" of "Lords of Summer" here.

The song's chorus includes the line, "The Lords of Summer have returned," but Metallica may as well be talking about themselves, considering the song falls in line with the sort of lengthy thrashers that have served as the group's meat and potatoes since the mid-Eighties. It opens with a plodding riff that gives way to chunky, faster thrashing, and before long, frontman James Hetfield is singing about fire and shaking grounds and all the sorts of apocalyptic things Metallica are known for.

A great song from a great band  and what better can be said about any of them!

http://youtu.be/np8eyL23TWg     Take These Chains from My Heart

You Win Again...  and so many others

It's Been a While since I listened to Eminem    He has some great songs!

Im listening to a rather interesting cover of "I Only Wanna be With You" done live by the Vol Beats. It sounds nothing like the original lol

I have been watching a Jimi Hendrix special on PBS  and all that old music just sounds so darn good!

Nikki Leonti (born August 20, 1981) is an American R&B singer, songwriter, and half of the group, Nikki & Rich. Prior to her work in urban, R&B, and electronic dance music, Leonti recorded contemporary Christian music albums.

Ernie  this is one that I am not familiar with.  I am going to check it out.  Thanks for the info!

Hi all, I've been gone for a while.... I am listening to Halestorm's CD "The Strange Case of ..." I love the song "Mz Hyde" and Lizzy. Lizzy is an incredibly talented singer, sonrwriter, guitarist. She combines the hard Joan Jett style with melodic  Heart vocals.  "Welcome to the nightmare in my head, say hello to something scary. The monster in your bed,just give in and you won’t be sorry...

OMG     my favorite is Everybody Knows..  it is fabulous !  the first time I heard it I was just amazed.

Sad they no longer record together but lucky to have seen them live several times. Concrete Blonde is the only female (lead singer) band I listen to. 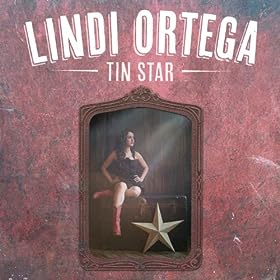 
Lindi Ortega (born May 28) is a Canadian singer-songwriter from Toronto, Ontario. Now living in Tennessee, her voice has been described as a blend of Dolly Parton, Johnny Cash, and Emmylou Harris. She spent nearly a decade as an independent artist in the Toronto music scene, releasing two albums and an EP in that time. She has been described as "Toronto's best kept secret" and nicknamed "Indie Lindi". Ortega is currently signed to Last Gang Records where she has released three albums, most recently Tin Star in October 2013.

At the end of 2010 and beginning of 2011, Ortega toured extensively as a backup singer for Brandon Flowers, the lead singer of The Killers, in support of his solo album, Flamingo. This tour included dates in the United States, United Kingdom, Germany, France, Italy, Spain and Mexico, as well as televised live performances on The Tonight Show with Jay Leno, Jimmy Kimmel Live!, Later... with Jools Holland and at Abbey Road Studios. There were also a number of festival dates in the United States and Europe, including Coachella, T in the Park and Oxegen.

On February 7, 2012, Ortega was nominated for two Juno Awards - New Artist of the Year and Roots & Traditional Album: Solo.


I cannot get the title song out of my head !!    I like Robin Thicke.

I have not heard this yet.. will have to do asap!

It's a Cure kind of day here. I love The Cure and have been able to see them many times live. Always a rare treat and looking forward to seeing them soon I hope.

All lyrics by Robert Smith.

"The Same Deep Water as You"

Two of my favorite Cure songs are on this album, "Fascination Street" and "Lullaby". I can listen to the two of those tracks all day. Prog Rock Album of the Year, Steven Wilson is the founding member of the group Porcupine Tree and Blackfield. He is the go to producer for re mix and 5.1 surround sound re imaging for King Crimson, ELO, Jetro Tull, Yes, Caravan back catalogues. This is the trird CD produced under his name, each is a winner. Each track on the album is based on a story of the supernatural. Alan Parsons, well known in part for his involvement in Pink Floyd's The Dark Side of the Moon, was responsible for engineering the album.

Above is the link to the title video...enjoy

0 Kudos
1,948 Views
0
Share
Report
Reply
Turn on suggestions
Auto-suggest helps you quickly narrow down your search results by suggesting possible matches as you type.
Showing results for
Show  only  | Search instead for
Did you mean:
Users
Need to Know