Takin' It To The Streets - Street Songs

Takin' It To The Streets - Street Songs

March 27, 1987, U2 performed from the roof of a store in downtown LA to make the video for 'Where The Streets Have No Name', attracting thousands of spectators and bringing traffic to a standstill. The police eventually stopped the shoot.  The song title lends the theme for this week’s playlist, songs with “Street” or “Streets” in the title. 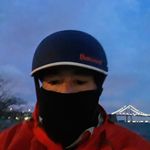 One of my favorite bands,

The Doobie Brothers with Takin' It to the Streets

Kinda weird for me no mention of my favorite Bruce song: Streets of Philadelphia

I've always felt his true self and generosity was in this song...

Bruce Springsteen's "Streets of Philadelphia" is the 5th song on the Spotify playlist, just following his "Backstreets."

Hadn't heard that before, interesting song from Dion - added.  Thanks.

Out In The ,Street

Thanks!  Added not only Out In The Street and E Street Shuffle, but also Streets of Fire, Racing In The Streets, and Incident on 57th Street all by the Boss, which you also mentioned in other posts - thanks again!

Racing In The Street:  Bruce

Another great list of songs, and fun topic.
Where The Streets Have No Name, U2, is one of my favorites. Also, love Sting’s Moon Over Bourbon Street.

Didn’t see this one though  - Mainstreet - Bob Seger

Lots of great songs on here. My fav is

2 Kudos
1,695 Views
0
Share
Report
Reply
Turn on suggestions
Auto-suggest helps you quickly narrow down your search results by suggesting possible matches as you type.
Showing results for
Show  only  | Search instead for
Did you mean:
Users
Need to Know