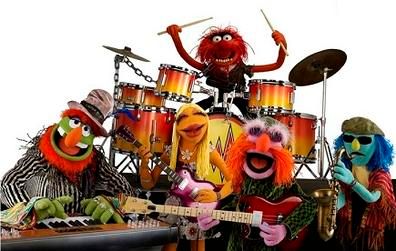 The Muppets' version of "Bohemian Rhapsody"

Because we could all use a laugh these days.

Vocals on that cut jump off the record.

Since we're on the subject of "Little Wing," here's Sting's version; and his bluesy "Wind Cries Mary" duet; and his rockin' version of "Purple Haze"

Epically and majestically covered by Eric Clapton and [mostly] Duane Allman as Dominos,

came out a totally different song, raising it to the level of an anthem.

Covered by Steve Vai, also more true to the original.

Covered by Pearl Jam straight up [called it Maggot Brain], mixed it into Yellow Ledbetter.

Others covered it as well. What other song was turned into 'a hit' by 4 of the greatest guitar players ever [ not to mention the vastly underrated Mike McCready ] ?

Night. Never knew it was a cover. So

Me and Bobby McGee--Janis Joplin

Report Inappropriate Content
3
Kudos
497
Views
Reply
3 Kudos
Turn on suggestions
Auto-suggest helps you quickly narrow down your search results by suggesting possible matches as you type.
Showing results for
Show  only  | Search instead for
Did you mean:
Users
Announcements