"As spring approached Aerosmith seemed desperately in
need of money but not able to commit to a full- fledged production
or tour. Mark convinced Leber and Krebs to allow him to book
Aerosmith on a short string of gigs in a few close-to-home suburban
rock clubs in order to generate enough cash for the band’s members
to pay their most immediate bills. Cash was a critical attribute to
whatever income they could generate because taxes were probably
the last thing the band could fford. Mark dubbed these dates The
Mystery Club Tour, never publicly advertising that Aerosmith was
to be performing but allowing rumor to spread with little effort
to prevent it, if not outright abetting it. The first three shows of
this off-Broadway experiment sold out instantly as Pam opened
a pop-up box ffce at each of the venues in order to bring back
the proceeds of the advance sales, enabling the band to stay afloat
at least as long as the money would last, money that had likely
already been spent before the performances were delivered. Again,
in the revisionist history recounted in Aerosmith’s biographies and
memoirs, these-under-the-radar performances have been virtually
ignored. Hell, if I were any of them it wouldn’t be a time I’d have
fond memories of either. That is, if they actually remember much
of it at all..." 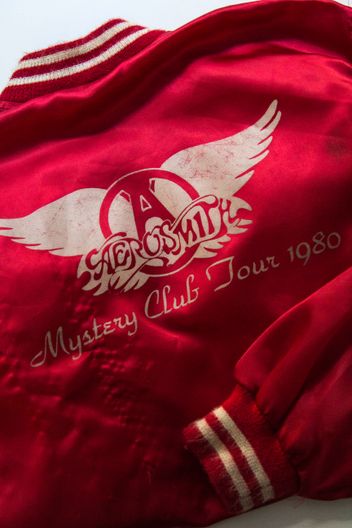 0 Kudos
594 Views
0
Share
Report
Reply
Turn on suggestions
Auto-suggest helps you quickly narrow down your search results by suggesting possible matches as you type.
Showing results for
Show  only  | Search instead for
Did you mean:
Users
Need to Know