20* sunny and the storm is still coming-yeesh.

Separate then at feeding times for a bit, I had to do that for a couple of food aggressives and dieters.

Bully sticks or cheese were never an everyday treat, maybe once per week or after 10-20 mile hike runs.

Humans would cover 15 miles, dogs 20-30 in running and sniffing about.

Would be easier to judge weight gain vs fat, if you /vet give exact weight. my vet weighs for free.

Or human and dog if capable of standing with her on bathroom scale. Could be fat to is she fixed?

Suggestions from group perhaps either here or dog land.

33 and cloudy right now with another winter weather advisory for later today through tomorrow. Snow is bad enough, but they are calling for it to change to freezing rain. It snowed lightly all night last night, but the streets had been treated so they remained clear and it wasn't too much trouble to clear off the car to make my post office run.

Stopped at the florist to get my bouquet to make it cheery in here.

I never used to worry about the power going out when I was younger, but now that the old fogieism has set in, I realy really hate being cold. Have I mentioned that enough?

Have a good day, everyone! N.

@Frozenoem   Thanks for all the info.  We tried some steps we had in the garage but she declined!   A few weeks ago she could get out  of the truck w/o too much trouble.  She is still able to get in and out of the car.  My spouse is pretty handy so he can make something.  I think a ramp would be the be a better option.  When she did finally get out of the truck she landed on her belly, her little legs just couldnt support her  and she knew it in advance.

The problem is the weight, which must come off somehow.  I am trying to watch food intake more closely.  We already walk quite a bit.  Her appetite seems insatiable.  She is a rat terrier mix, would be quite handsome at 25 lbs, and I am guessing she is twice that! 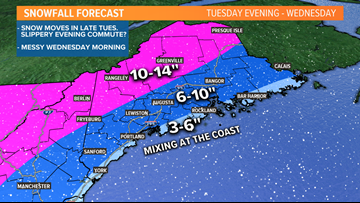 More walks for the pack, and depending upon skill set of husband or you make a ramp or buy one.

Have one in garage ex has dib’s on presently. Used it for 2 dogs that had shoulder cancers, and one that just couldn’t jump easily into the Ram. Did a you tube search and plans are available there, or I bought a “PetSTEP” my reasoning it also would work with boat entry with floats/noodles  attached.

your choice holds 150-200 pounds. Used it for a year on Truck Camper  to make it easier on all dogs and people to get in and out. 6’ on ramp and step up to Camper.

Harbor Freight sells endpieces for 2x lumber to bolt ends on paid $15 for pair to use for house ramp. Firewood and moving stuff , that support up to 400 lb’s and had wood lying around for that one. Built ours from 2 -2x6’ and 1/2x12” long plywood, covered with carpet remnant or rubber.Like a ships browEr, gang plant  or real ramp.

Can take picture of pet step or ramp in AM, fair warning ramp has been widened for wood cart.

And yes, after long days/nights, I'd still like to swing these hunks of glass , plastic and silicon against the nearest wall Come on retirement!
Report Inappropriate Content
Reply
2 Kudos
Highlighted

Another trip to the homestead on a warmish 50 or so degree  day.  Neighbors came by and one of them told us he had a deer stand on our place and that he would remove it.  I was glad he volunteered the information as we had no way of knowing who it belonged to.

Took 3 dogs as we had to drive the pick up.  The little dog, Daisy has gained about 10 lbs since the last trip, about 6 weeks ago.  At the rate she is going she will not survive long.  Very hard to put a dog on a diet, especially when there are other dogs in the house. The other dogs are not overweight.   Daisy has an eating disorder, has eaten like a piggy since she was a puppy.

I need advice on helping her lose weight!  We can no longer pick her up to put her in the truck and really have trouble getting her out.  I put food out for all the dogs about 1PM, then I try and pick it up after they have stopped eating.  I put food down again about 7PM.  I give them high protein treats like cottage cheese, cheese, bully sticks.

I’m alive from the land of 4* sunny and very windy Maine, preparing for snow Tuesday.

We took a vote and now even , Walmart’s have liquor. Or here local convenient for more selection 5 years ago, we ceased to be dry.

And on that cheery note need to stagger.

And yes, after long days/nights, I'd still like to swing these hunks of glass , plastic and silicon against the nearest wall Come on retirement!
Report Inappropriate Content
Reply
4 Kudos
Highlighted

Sunny and cold here in New Jersey. With the wind news says it's 16. Possible snow storm early next week, no real accumulation expected. Staying indoors today, I have to get the donations ready for tomorrows share.  Stay warm and safe.

Dave I hope all is well in Wisconsin.

And Good morning All!    It's a very sunny 14 degrees here.  And we have absolutely NO SNOW!!!  Yippee!  Needless to say,  that makes me so very happy.  And on top of everything else, I am glad to report that we have only 39 days til Spring.  Sunshine, no snow, and Spring in the not too distant future makes for a blissful day.  So I'd like to share one of my favorite poems about mornings and my fav hot beverage.  Here we go: Wait, why can’t you sell Spotted Cow beer in Minnesota?

Bill Foussard is a big fan of Spotted Cow beer. Whenever he’s in Wisconsin, he stops to enjoy a draught.

But he won’t sell Spotted Cow at his restaurant in White Bear Lake, Rudy’s Red Eye Grill. He can’t.

“Not available,” he tells you. “Only in Wisconsin.”

But we actually knew that already, didn’t we? Earlier this month, felony charges were filed against two men connected to the Maple Tavern in Maple Grove: bar owner Brandon Hlavka and manager David Lantos. Their alleged crime: In April 2015, the two men bought 10 kegs of Spotted Cow in Wisconsin, brought it across the border and sold it at the Maple Tavern without a license.

All of which seems like a pretty egregious flouting of the rules that govern booze sales in Minnesota.

Foussard, for one, says it was “stupid” for the barmen to try to side-step the state’s complicated liquor regulations.

“It’s a privilege to have a liquor license; there are a lot of rules, but you’ve got to follow them, go through the proper channels,” he said. “It might seem harsh — a felony charge — but you can’t mess around.”

Hennepin County Attorney Mike Freeman agreed. “We’re not picking on these bar owners. They know the rules,” he said. “If a bar owner violates the rules they pay a price. We’re not seeking a prison sentence, of course, but there will be ramifications.”

Freeman notes that he doesn’t make the rules, he enforces them. And law on this one is clear: State statute 340A.701, subdivision 2, says it’s a felony to: “to transport or import alcoholic beverages into the state in violation of this chapter for purposes of resale.”

In Wisconsin we can buy beer, wine, whiskey and groceries all in one place.

Earlier I had run to the Fine Wines and Spirits store to pick up some wine. Those of you who don’t live in a “Commonwealth” are lucky to be able to get your wine, etc. in most grocery stores. We have come a long way in that some (and only some) of our grocery stores now have a special section where we can purchase wine and spirits, and some have and allow you to purchase a limit of 2 six packs of beer, but you have to pay for that separately before or after you do your grocery shopping. In VA I remember they had ABC stores for purchasing wine and spirits. It sure would be convenient to just be able to get everything in one spot. N.

In VA, you can currently buy beer AND wine in grocery stores and places like Walmart, Target, etc.  But anything harder, yes, you head to the ABC store.