congrats. I hope everything goes well in your life. you have wonderful friends to help you like this.

My house was broken into and I needed to cover some broken windows. We rushed to Lowes to get plywood, not realizing the store closed at 7:00pm because of covid-19. A clerk let us in at the lumber department door. We bought three sheets of plywood and a hand saw to cut the plywood to size IN THE PARKING LOT, so it would fit into our car. Note it was 7:20 pm and store was now officially closed. While we were trying to cut the wood, a lady in the car next to us opened her window and handed us two surgical masks in sealed packages. She said you probably need these more than I do. We noted that she was a RN at the local hospital. She was worried about us inhaling all the dust. Our own masks were blocked up with dust. We thanked her but said are you sure? You work in a hospital with covid-19 patents. She said I am sure, I don't want you getting respiratory problems with all this going on. And she drove away leaving us both stunned. Imagine what she might have been giving up. The medical people working to save lives from covid-19 deserve a special place. Can you imagine this kindness? 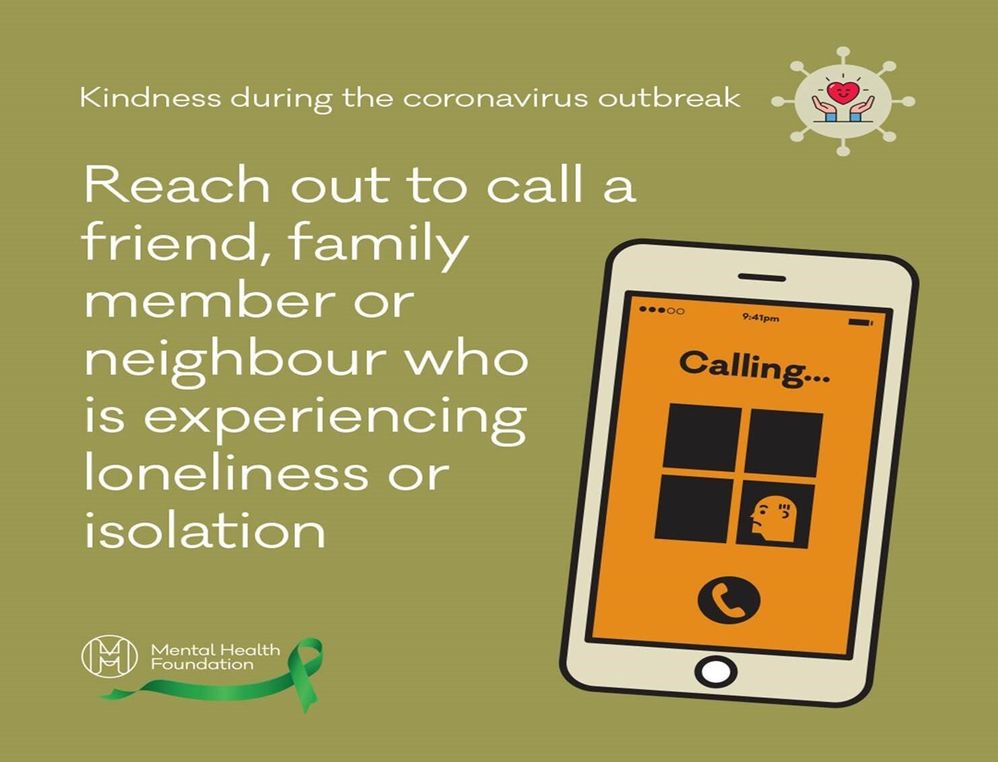 Get involved with random acts of kindness

Monday: Californians share acts of kindness. Also: State officials released a list of skilled nursing facilities that have reported one or more cases of Covid-19. 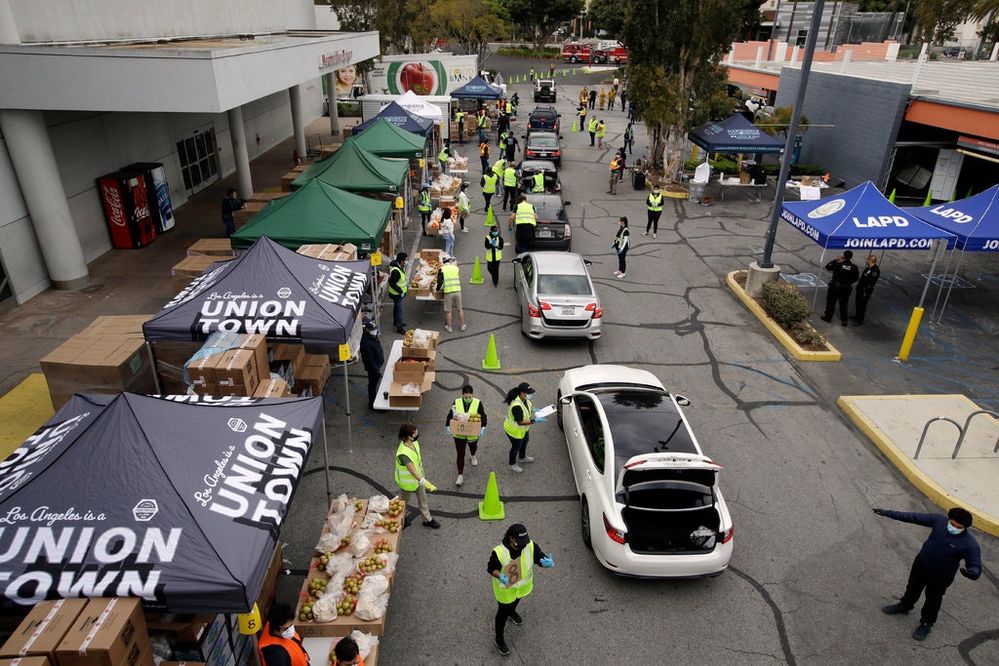 Volunteers loaded vehicles at a food distribution center in Los Angeles on Friday. Food banks in the state have seen a spike in numbers as the state’s unemployment level jumped to 5.3 percent for the month of March.Credit...Marcio Jose Sanchez/Associated Press

(Here’s the sign-up, if you don’t already get California Today delivered to your inbox.)

A few weeks ago, we asked readers to send us stories of people helping one another during the pandemic. From the responses, it’s clear that across the state, acts of generosity and resilience are happening every day.

In Van Nuys, Nicole Gregory attended a dance party on her street organized by a neighbor, a dancer. She wrote: “My 22-year-old son set up his drums and played them, several adults banged on pans in the same beat, and danced in place (safely distanced from each other of course)!”

Seeing acts of kindness inspired others to act, too. In Goleta, Susie Naughton watched as her neighbors handed a truck driver a large case of toilet paper. “I thought, what can I give them?” she wrote. “I picked a handful of oranges and gave them to the driver when he reached our house.”

Here are a few tales of kindness or positivity shared with us. (They’ve been lightly edited for length and clarity.) We hope they help you start your week feeling a little better: 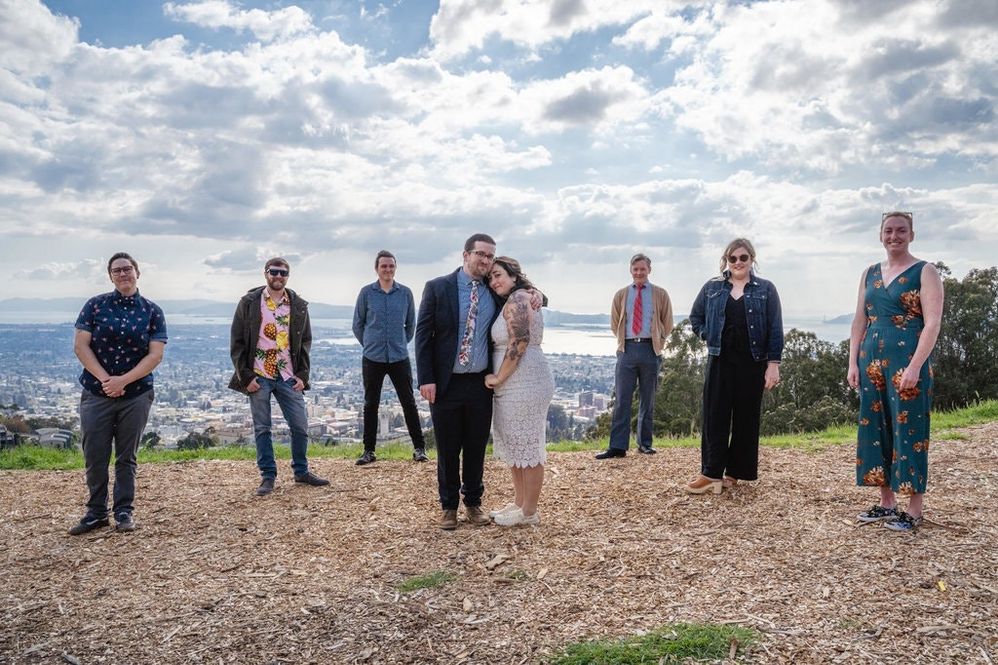 We held our mini-wedding at the Lawrence Hall of Science [in Berkeley], in the lower parking lot. It wasn’t what we’d pictured or what we’d planned, but it was lovely, and we are so lucky to have friends close by who dropped everything to help us get married. 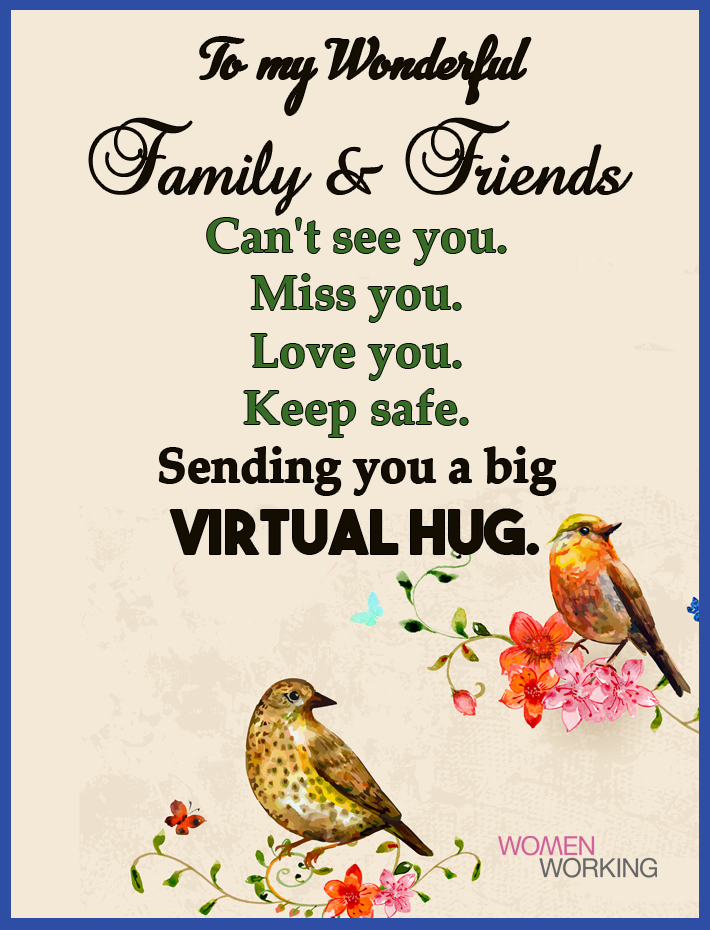 Not sure if I can post this here but I'm going to try.

I am knitting afghans to give away once the Covid-19 goes bye bye. I do knit and crochet for charity. My Mom many years ago tried to teach me to crochet, I'm a lefty and Mom was right handed. Bless her heart she gave up but I didn't, I was determined. 😉 Christmas of 1995 I decided to learn to knit, they recommend you don't start with a lacey pattern.. I always break the rules. Lol.

I am currently knitting an afghan to keep me busy and have knitted dish cloths using the cotton thread.

I am wanting to know if anyone else is knitting, crocheting or crafting to stay busy.

Have a blessed day and please stay healthy and safe!! ❤️

It broke my heart to lose you but you didn't go alone, for part of me went with you the day God took you home!!
Report Inappropriate Content
0
Kudos
922
Views
Reply
0 Kudos
Highlighted

I was recently grocery shopping and in line with an elderly gentleman.. His cart was full of nothing but fruits and veggies and of those multiples.. No meats, dairy or junkfood , ect... He asked the cashier to check the amount as he thought he wouldn't have enough $$ to pay.. She started taking bags of oranges out when a woman lanes over told her not to.. She wanted to pay any amount he may have gone over.. The cashier tried to explain why she wasn't taking things off his total.. He didn't want to accept but the lady was very kind and told him please allow her to do this as He deservered it!  I felt tears coming.. In this day and age we just don't see alot of  compassion and kindes. I caught up to that woman in the parking lot and told her what a sweet and kind thing she did.. Maybe this could be a" Lead by example".. She definately paid it forward..

2012 was a bad year for me.  Our house burned down that summer and  that Christmas week my husband was in the hospital.   I don't recall what he wanted but my husband sent me on an errand to Walmart to get something for him a few days before Christmas. I'm afraid I did not have a smile on my face with so much on my mind.   An older man stopped me in the parking lot and handed me a beautiful carved wooden spool that was carved and painted with a Santa face.   He said he thought I looked like I could use a little Christmas spirit.

My husband died on Christmas Day that year...but the memory of that year is made a bit brighter by the kindness of a stranger.

I'm reminded of a time over 25 years ago.  At the time I was renting a studio upstairs from our local art association.  It was located just a few blocks from a therapist I was seeing at the time and when the weather was nice I walked instead of driving.

On this particular day I had forgotten that a volunteer would be working at the association when I returned.  During the appointment I had come to terms with something that had happened in my past and was thinking about it during the walk.  I was rather relieved to see a car that I didn't recognize and thought I would not have to try and talk to a friend, because I was not in the mood.

Upon opening the door I noticed the volunteer was one of our older members,  probably in her late 70's or early 80's and looked like someone's grandmother.  She was actually knitting to kill the time because the gallery was empty.  She also had the coffee pot on.

I don't remember what she asked me, but I suddenly told her everything that had been discussed during the appointment with the therapist, things I had never told anyone.  She listened to me, making no judgements, asking no questions, offering no advice.  I don't know how long I talked, but when I stopped she told me about her own childhood and her marriage.

Nobody came into the gallery the entire afternoon and before long it was time for closing.  After all the doors were locked and the lights turned off, she gave me the kind of hug a grandmother would have given to a child.  No more words were necessary and no further conversations were ever held.  However, after that anytime our paths crossed she gave me another of those hugs.  I can only wonder if she had any idea of how much that meant to me.

2,642 Views
Message 20 of 21
Elderly Man Visits A Park Bench Dedicated To His Late Wife Every Day

It's hard to imagine the sort of grief one goes through when coping with the loss of a loved one, especially when that person is your spouse. However, 82-year-old Bud Caldwell has found a little bit of solace in the form of a very special park bench in his native Fond du Lac, Wisconsin. This particular park bench was purchased by Caldwell as a dedication to his late wife Betty. Since her passing two years ago, Caldwell visits the bench every day to not only speak to her but leave her two very treasured mementos.  He leaves her a penny for the song "Pennies From Heaven" and a daisy in reference to the song "A Daisy a Day."

When his path was obstructed by the winter's snow though, a pair of park maintenance workers decided to lend the elderly man a hand. They cleared the path so he could make his daily visit and tell Betty hello.  It's a welcome reminder that true love is hard to find and it can in fact stand the test of time.

Report Inappropriate Content
1
Kudos
2642
Views
Reply
1 Kudo
Turn on suggestions
Auto-suggest helps you quickly narrow down your search results by suggesting possible matches as you type.
Showing results for
Search instead for
Did you mean:
Users
Announcements