The Stranded Irishman
Stranded on a deserted island for over 10 years, he watched the horizon.

He thought to himself, "It's certainly not a ship."
As the speck got closer and closer, he began to rule out even the possibilities of a small boat or a raft.

Suddenly there strode from the surf a figure clad in a black wet suit.
Putting aside the scuba tanks and mask and zipping down the top of the wet suit stood a drop-dead gorgeous blonde!

She walked up to the  stunned Irishman and said to him, "Tell me, how long has it been since you've had a good  cigar?"

With that, she reached over and unzipped a waterproof pocket on the left sleeve of her wet
suit and pulled out a fresh package of cigars and a lighter.

He took a cigar, slowly lit it, and took a long drag.  "Faith and begorrah," said the castaway...
"Ahh, that is so good! I'd almost forgotten how great a smoke can be!"

"And how long has it been since you've had a drop of good Bushmill's Irish Whiskey?" asked the blonde.

Trembling, the castaway replied, "Ten years."
Hearing that, the blonde reached over to her right sleeve, unzipped a pocket there
and removed a flask and handed it to him.

He opened the flask and took a long drink. "'Tis nectar of the gods!" shouted the Irishman. "
'Tis truly fantastic!!!"

At this point the gorgeous blonde started to slowly unzip the long front of her wet suit, right down the middle.
She looked at the trembling man and asked, "And how long has it been since you've played around?"

With tears in his eyes, the Irishman fell to his knees and sobbed, "Jesus, Mary and Joseph!
Don't tell me that you've got golf clubs in there too!"

This morning on the way to work I wasn't really paying attention and I drove into the back of a car at some traffic lights.

The driver got out and it turned out he was a dwarf.

He walked up to me with a frown on his face and said, "I'M NOT HAPPY."

To which I innocently asked, "Well, which one are you then?"

A dog walked in to the telegram office one day. He took out a blank form and wrote on it:

Then he handed it to the clerk. The clerk examined the paper and said to the dog, "You know there are only nine words here? You could send another 'Woof' for the same price." 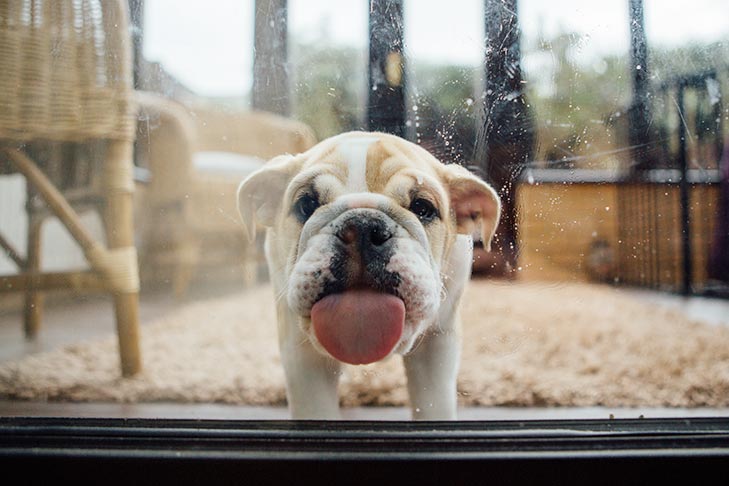 The dog replied, "But that would make no sense at all!" Going to bed the other night, I noticed people in my shed stealing things. I phoned the police but was told there was no one in the area to help. The policeman said they would send someone over as soon as possible. I hung up.

A minute later I rang again. 'Hello', I said, 'I called you a minute ago because there were people in my shed.  You don't have to hurry now, because I've shot them.' Within five minutes there were half a dozen police cars in the area, plus helicopters and an armed response unit. They caught the burglars red-handed.

I have  no idea who wrote this. But, this is oh so accurate. Im betting Janet Skinner Meinke will get a kick out of this.

This needs no explanation - and is a fun read, no matter your gender.

Men Are Just Happier People! What do you expect from such simple creatures? Your last name stays put. The garage is all yours. Wedding plans take care of themselves. Chocolate is just another snack. You can never be pregnant. You can wear a white T-shirt to a water park. You can wear NO shirt to a water park. Car mechanics tell you the truth. The world is your urinal. You never have to drive to another gas station restroom because this one is just too icky. You don't have to stop and think of which way to turn a nut on a bolt. Wrinkles add character. Wedding dress - $5,000. Tux rental - $100. People never stare at your chest when you're talking to them.

New shoes don't cut, blister, or mangle your feet. One mood all the time. Phone conversations are over in 30 seconds flat. You know stuff about tanks. A five-day vacation requires only one suitcase. You can open all your own jars.

You get extra credit for the slightest act of thoughtfulness. If someone forgets to invite you, he or she can still be your friend. Your underwear is $8.95 for a three-pack. Two pairs of shoes are more than enough. You almost never have strap problems in public. You are unable to see wrinkles in your clothes.

Everything on your face stays its original color. The same hairstyle lasts for years, maybe decades. You only have to shave your face and neck. You can play with toys all your life. One wallet and one pair of shoes - one color for all seasons. You can wear shorts no matter how your legs look.

You can 'do' your nails with a pocket knife. You have freedom of choice concerning growing a mustache... You can do Christmas shopping for 25 relatives on December 24 in 25 minutes. No wonder men are happier!

NICKNAME · If Laura, Kate, and Sarah go out for lunch, they will call each other Laura, Kate and Sarah. · If Mike, Dave and John go out, they will affectionately refer to each other as Fat Boy, Bubba, and Wild Man.

EATING OUT · When the bill arrives, Mike, Dave and John will each throw in $20, even though it's only for $32.50. None of them will have anything smaller and none will actually admit they want change back. When the girls get their bill, out come the pocket calculators.

BATHROOMS · A man has six items in his bathroom: toothbrush and toothpaste, shaving cream, razor, a bar of soap, and a towel · The average number of items in the typical woman's bathroom is 337. A man would not be able to identify more than 20 of these items.

ARGUMENTS · A woman has the last word in any argument. · Anything a man says after that is the beginning of a new argument.

NATURAL · Men wake up as good-looking as they went to bed · Women somehow deteriorate during the night.

OFFSPRING · Ah, children. A woman knows all about her children. She knows about dentist appointments and romances, best friends, favorite foods, secret fears, and hopes and dreams. · A man is vaguely aware of some short people living in the house.

THOUGHT FOR THE DAY. A married man should forget his mistakes. There's no use in two people remembering the same thing! So, send this to the women who have a sense of humor .... and to the men who will enjoy reading. Why 4 FEET 8.5 Inches is Very Important

That's an exceedingly odd number.
Why was that gauge used?

Because that's the way they built them in England,

Because the first rail lines were built by the same people who built the pre-railroad tramways, and that's the gauge they used.

Why did 'they' use that gauge then?

for building wagons, which used that wheel spacing.

Why did the wagons have that particular Odd wheel spacing?
Well, if they tried to use any other spacing, the wagon wheels would break on some of the old, long distance roads in England, because that's the spacing of the wheel ruts.

So, who built those old rutted roads?
Imperial Rome built the first long distance roads in Europe (including England) for their legions. Those roads have been used ever since.

And the ruts in the roads?

Roman war chariots formed the initial ruts, which everyone else had to match

for fear of destroying their wagon wheels.

Since the chariots were made for Imperial Rome,

they were all alike in the matter of wheel spacing.

is derived from the original specifications for an Imperial Roman war chariot.

In other words, bureaucracies live forever.

So the next time you are handed a specification, procedure, or process, and wonder,

'What horse's ass came up with this?', you may be exactly right.

to accommodate the rear ends of two war horses.

Now, the twist to the story:

When you see a Space Shuttle sitting on its launch pad,

you will notice that there are two big booster rockets attached to the sides of the main fuel tank. These are solid rocket boosters, or SRBs.

The SRBs are made by Thiokol at their factory in Utah.

The engineers who designed the SRBs would have preferred to make them a bit larger,

but the SRBs had to be shipped by train from the factory to the launch site.

and the SRBs had to fit through that tunnel.

is about as wide as two horses' behinds.

So, a major Space Shuttle design feature
of what is arguably the world's most advanced transportation system

was determined over two thousand years ago by the width of a horse's ass.

And you thought being a horse's ass wasn't important!

Explains a whole lot of stuff, doesn't it?

The left lane on a multi lane highway is called the “passing lane” for a reason. Report Inappropriate Content
0
Kudos
1497
Views
Reply
0 Kudos
Turn on suggestions
Auto-suggest helps you quickly narrow down your search results by suggesting possible matches as you type.
Showing results for
Search instead for
Did you mean:
Users
Announcements