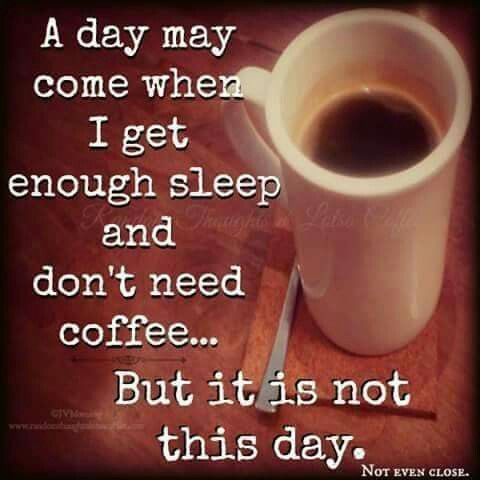 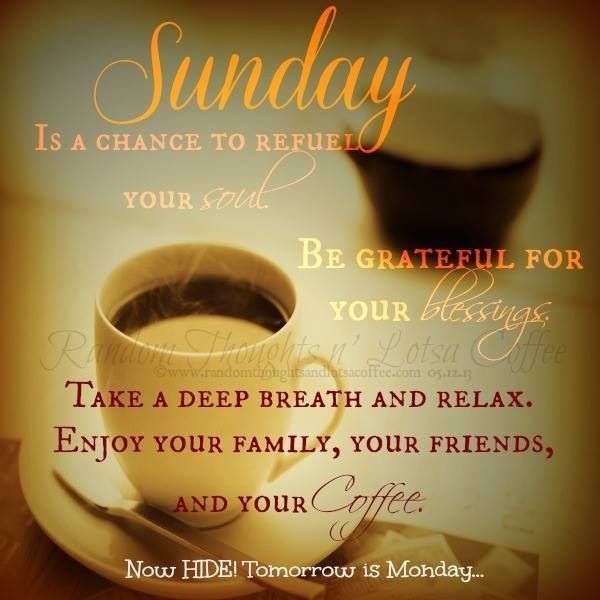 Good morning to everyone at the Coffee Club on this Sunday, May 2020! 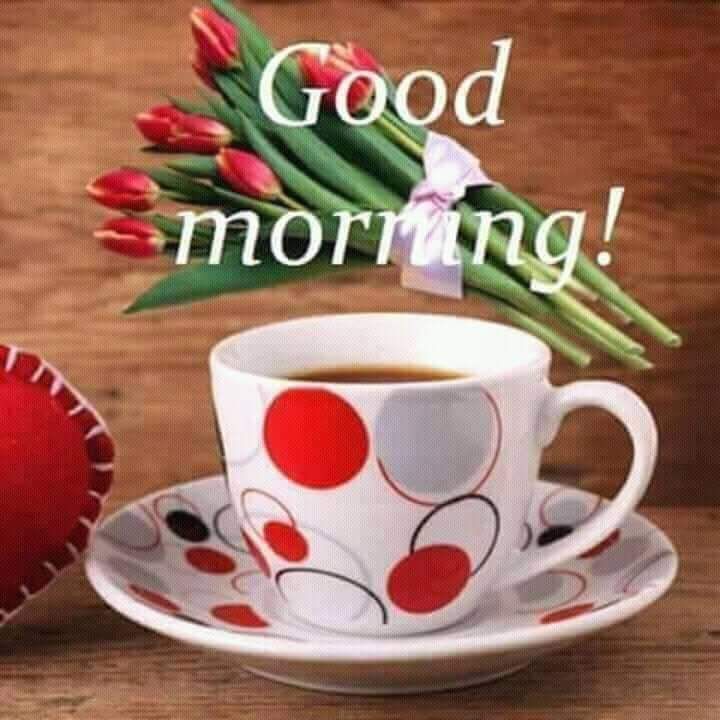 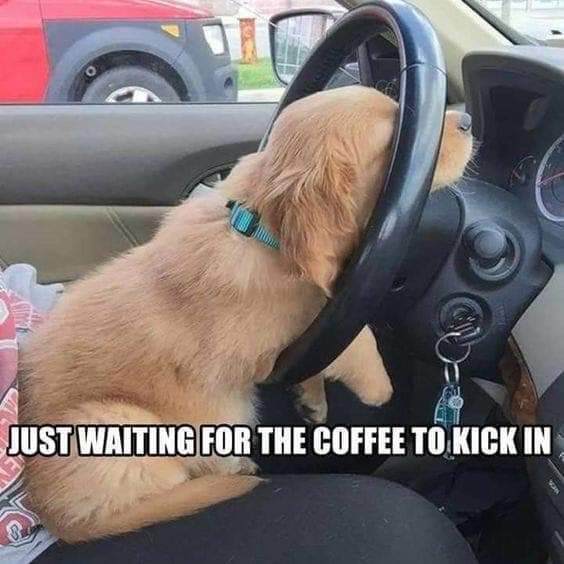 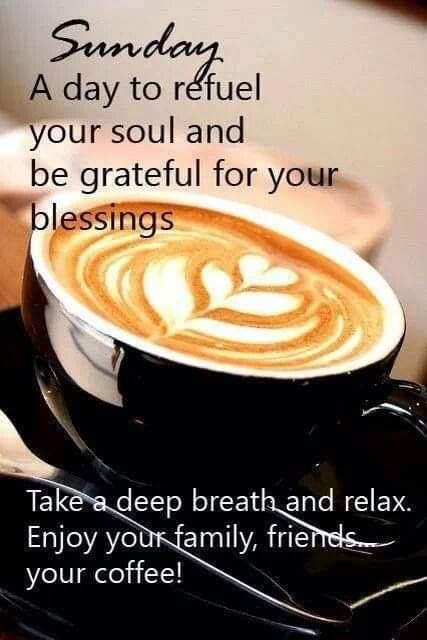 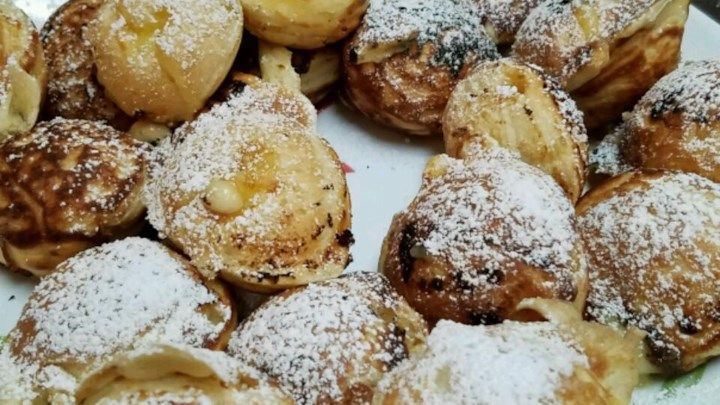 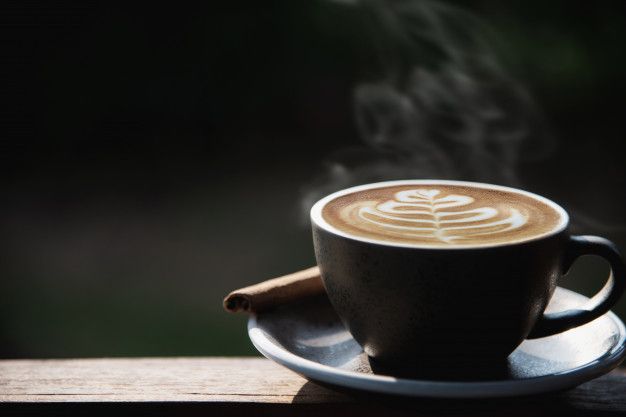 Your daily cup of coffee may be doing more for you than providing that early-morning pick-me-up. The health impact of coffee has long been a controversial topic, with advocates touting its antioxidant activity and brain-boosting ability, and detractors detailing downsides such as insomnia, indigestion and an increased heart rate and blood pressure. But the latest wave of scientific evidence brings a wealth of good news for coffee lovers. Here are 10 reasons drinking coffee may be healthier for you than you thought.

1. Coffee is a potent source of healthful antioxidants.
In fact, coffee shows more antioxidant activity than green tea and cocoa, two antioxidant superstars. Scientists have identified approximately 1,000 antioxidants in unprocessed coffee beans, and hundreds more develop during the roasting process. Numerous studies have cited coffee as a major — and in some cases, the primary — dietary source of antioxidants for its subjects.

How it works: Antioxidants fight inflammation, an underlying cause of many chronic conditions, including arthritis, atherosclerosis and many types of cancer. They also neutralize free radicals, which occur naturally as a part of everyday metabolic functions, but which can cause oxidative stress that leads to chronic disease. In other words, antioxidants help keep us healthy at the micro-level by protecting our cells from damage. Finally, chlorogenic acid, an important antioxidant found almost exclusively in coffee, is also thought to help prevent cardiovascular disease.

2. Caffeine provides a short-term memory boost.
When a group of volunteers received a dose of 100 milligrams (mg) of caffeine, about as much contained in a single cup of coffee, Austrian researchers found a surge in the volunteers’ brain activity, measured by functional magnetic resonance imagery (fMRI), as they performed a memory task. The researchers noted that the memory skills and reaction times of the caffeinated volunteers were also improved when compared to the control group who received a placebo and showed no increase in brain activity.

How it works: Caffeine appears to affect the particular areas of the brain responsible for memory and concentration, providing a boost to short-term memory, although it’s not clear how long the effect lasts or how it may vary from person to person.

3. Coffee may help protect against cognitive decline.
In addition to providing a temporary boost in brain activity and memory, regular coffee consumption may help prevent cognitive decline associated with Alzheimer’s disease and other types of dementia. In one promising Finnish study, researchers found that drinking three to five cups of coffee daily at midlife was associated with a 65 percent decreased risk of Alzheimer’s and dementia in later life. Interestingly, the study authors also measured the effect of tea drinking on cognitive decline, but found no association.

How it works: There are several theories about how coffee may help prevent or protect against cognitive decline. One working theory: caffeine prevents the buildup of beta-amyloid plaque that may contribute to the onset and progression of Alzheimer’s. Researchers also theorize that because coffee drinking may be associated with a decreased risk of type 2 diabetes, a risk factor for dementia, it also lowers the risk for developing dementia.

4. Coffee is healthy for your heart.
A landmark Dutch study, which analyzed data from more than 37,000 people over a period of 13 years, found that moderate coffee drinkers (who consumed between two to four cups daily) had a 20 percent lower risk of heart disease as compared to heavy or light coffee drinkers, and nondrinkers.

How it works: There is some evidence that coffee may support heart health by protecting against arterial damage caused by inflammation.

5. Coffee may help curb certain cancers.
Men who drink coffee may be at a lower risk of developing aggressive prostate cancer. In addition, new research from the Harvard School of Public Health suggests that drinking four or more cups of coffee daily decreased the risk of endometrial cancer in women by 25 percent as compared to women who drank less than one cup a day. Researchers have also found ties between regular coffee drinking and lower rates of liver, colon, breast, and rectal cancers.

How it works: Polyphenols, antioxidant phytochemicals found in coffee, have demonstrated anticarcinogenic properties in several studies and are thought to help reduce the inflammation that could be responsible for some tumors.

How it works: Scientists believe that coffee may be beneficial in keeping diabetes at bay in several ways: (1) by helping the body use insulin and protecting insulin-producing cells, enabling effective regulation of blood sugar; (2) preventing tissue damage; and (3) and battling inflammation, a known risk factor for type 2 diabetes. One component of coffee known as caffeic acid has been found to be particularly significant in reducing the toxic accumulation of abnormal protein deposits (amyloid fibrils) found in people with type 2 diabetes. Decaffeinated coffee is thought to be as beneficial, or more so, than regular.
Note: There is some evidence that coffee decreases the sensitivity of muscle cells to the effects of insulin, which might impair the metabolism of sugar and raise blood sugar levels. The significance of this finding, however, is still unclear.

7. Your liver loves coffee.
It’s true: In addition to lowering the risk of liver cancer, coffee consumption has been linked to a lower incidence of cirrhosis, especially alcoholic cirrhosis. A study in the Archives of Internal Medicine demonstrated an inverse correlation between increased coffee consumption and a decreased risk of cirrhosis — a 20-percent reduction for each cup consumed (up to four cups).

8. Coffee can enhance exercise performance.
We’ve been conditioned to believe that caffeine is dehydrating, one of the primary reasons why fitness experts recommend nixing coffee pre- and post-workout. However, recent research suggests that moderate caffeine consumption — up to about 500 mg, or about five cups per day — doesn’t dehydrate exercisers enough to interfere with their workout. In addition, coffee helps battle fatigue, enabling you to exercise longer.

How it works: Caffeine is a performance and endurance enhancer; not only does it fight fatigue, but it also strengthens muscle contraction, reduces the exerciser’s perception of pain, and increases fatty acids in the blood, which supports endurance.

9. Coffee curbs depression.
Multiple studies have linked coffee drinking to lower rates of depression in both men and women. In several studies, the data suggested an inverse relationship between coffee consumption and depression: in other words, heavy coffee drinkers seemed to have the lowest risk (up to 20 percent) of depression.

How it works: Researchers aren’t yet sure how coffee seems to stave off depression, but it is known that caffeine activates neurotransmitters that control mood, including dopamine and serotonin.

10. Coffee guards against gout.
Independent studies on the coffee consumption patterns of men and women suggest that drinking coffee regularly reduces the risk of developing gout. Researchers in the Nurses’ Health Study analyzed the health habits of nearly 90,000 female nurses over a period of 26 years and found a positive correlation between long-term coffee consumption and a decreased risk for gout. The benefit was associated with both regular and decaf consumption: women who drank more than four cups of regular coffee daily had a 57 percent decreased risk of gout; gout risk decreased 22 percent in women who drank between one and three cups daily; and one cup of decaf per day was associated with a 23 percent reduced risk of gout when compared to the women who didn’t drink coffee at all. Similar findings have been documented for men: another large-scale study, published in the journal Arthritis & Rheumatism, found that men who drank four to five cups of coffee per day decreased their risk of gout by 40 percent, and that those who consumed six cups or more lowered gout risk by 60 percent.

How it works: According to the Nurses’ Health Study, coffee’s antioxidant properties may decrease the risk of gout by decreasing insulin, which in turn lowers uric acid levels (high concentrations of uric acid can cause gout).

May your day be a blessed one!! 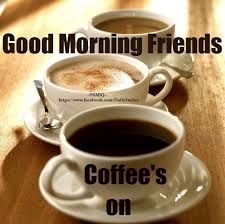 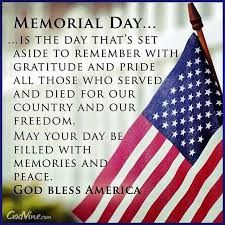 It broke my heart to lose you but you didn't go alone, for part of me went with you the day God took you home!!
Report Inappropriate Content
1
Kudos
475
Views
Reply
1 Kudo
Highlighted

Good morning to everyone at the Coffee Club on this Saturday, May 2020! 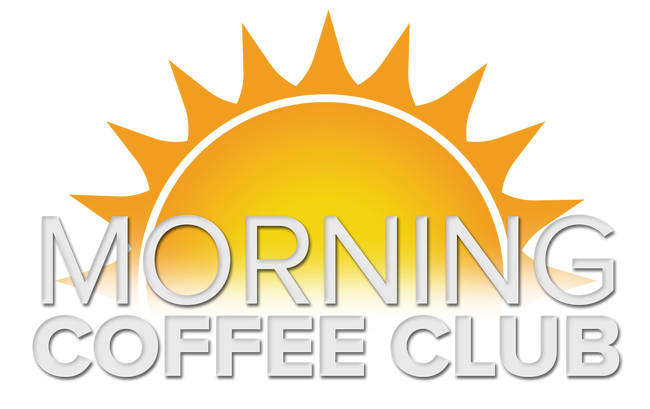 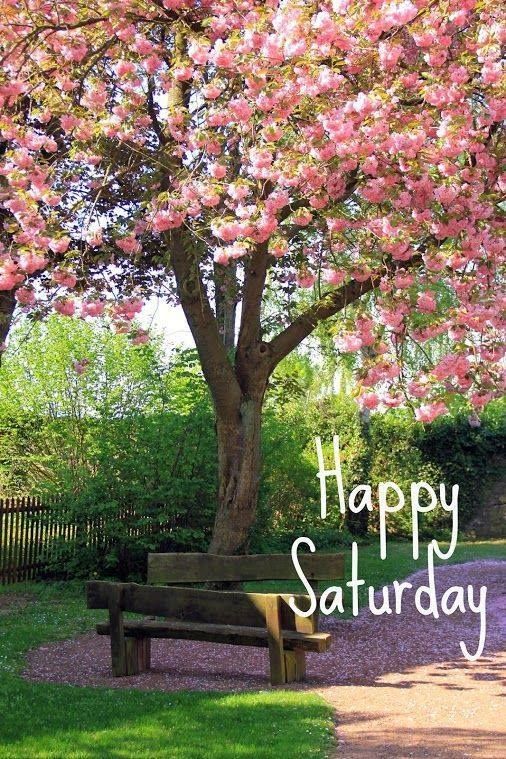 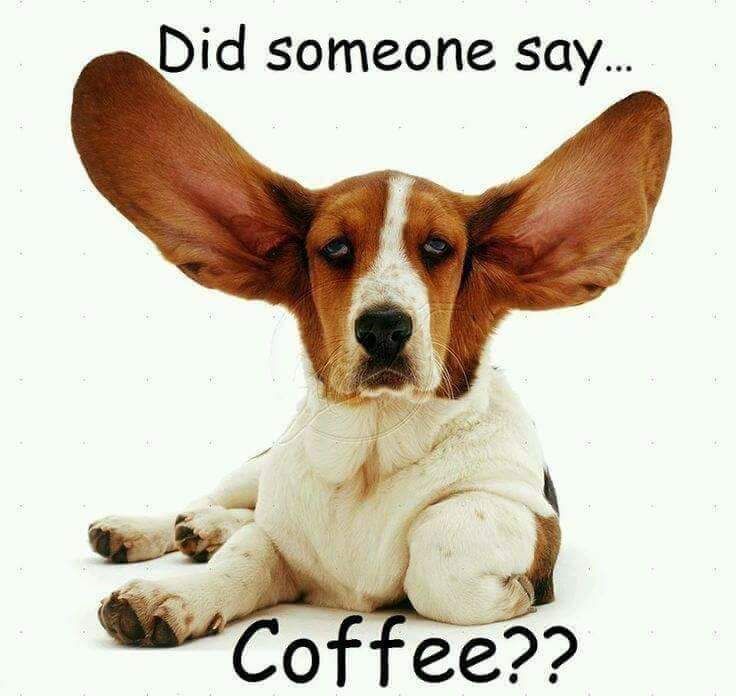 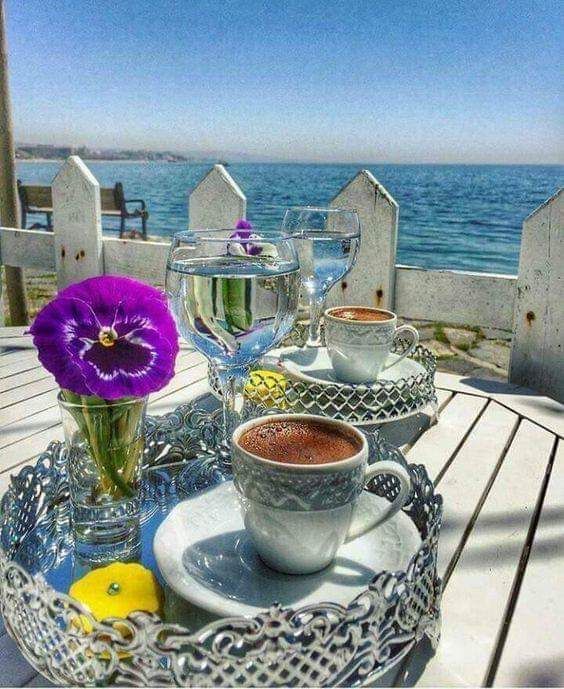 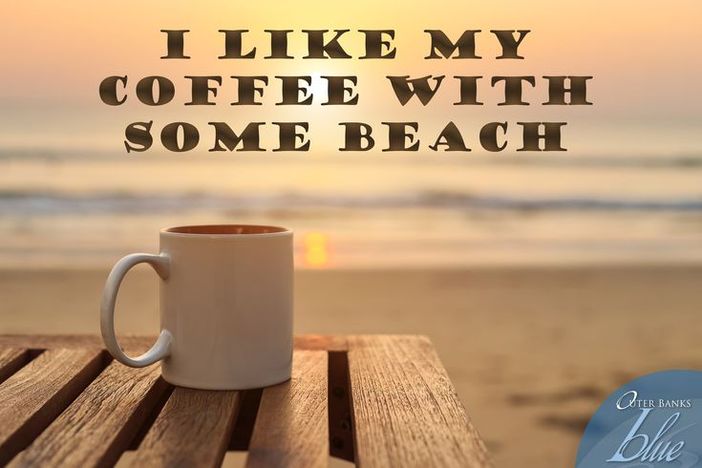 Just a couple more sips and I'll be done!

Good morning to everyone at the Coffee Club on this Wednesday, May, 2020! 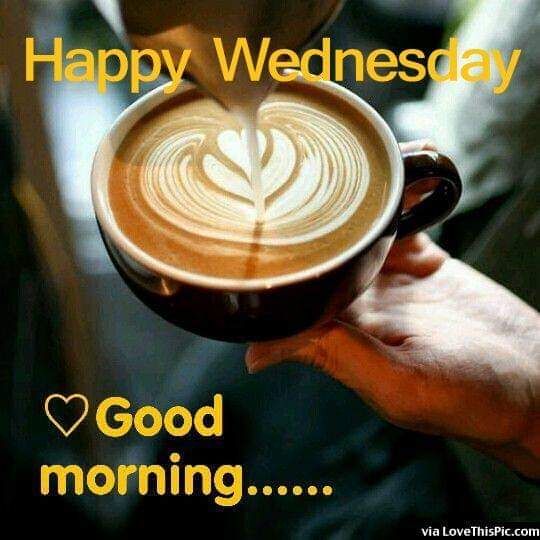 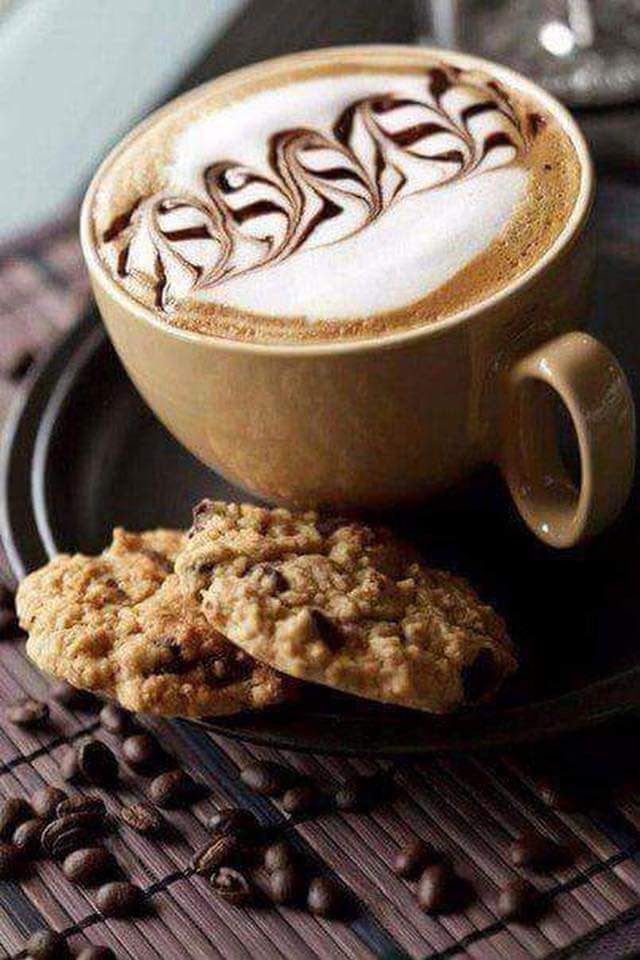 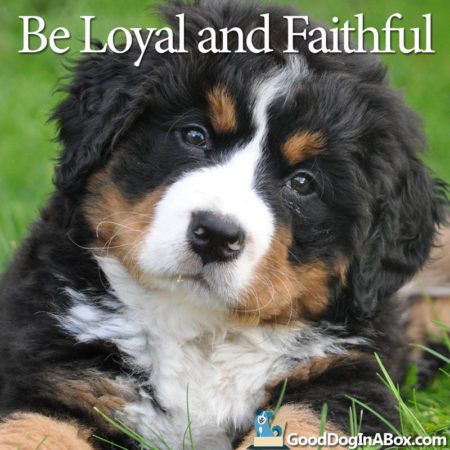 When out and about be sure to where your mask! 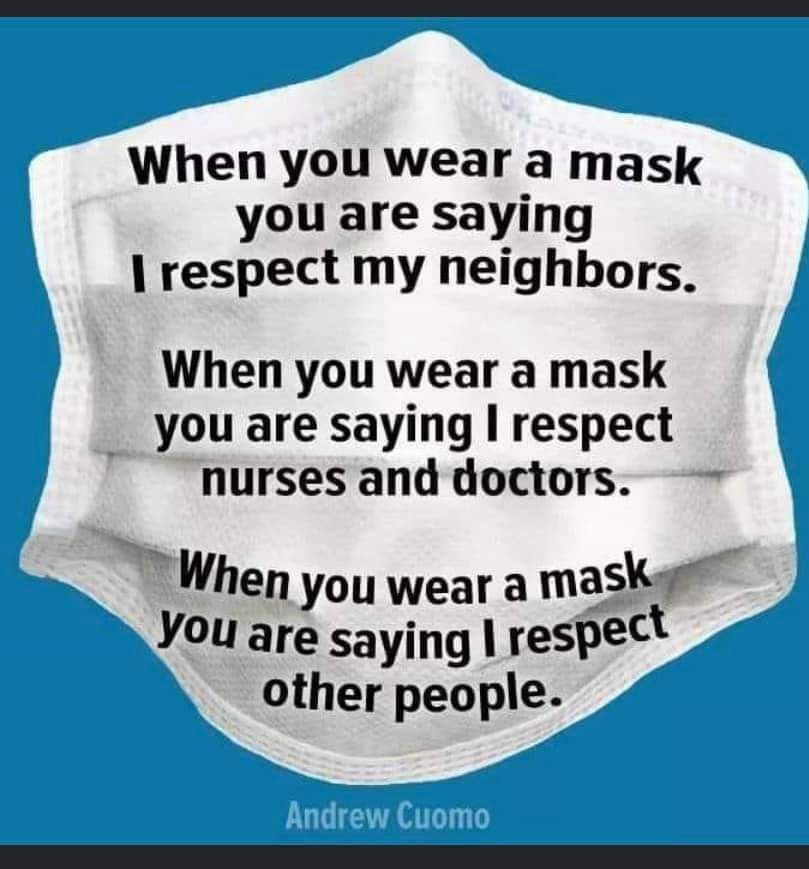 Dave your posts generally make me smile.  I truly love your photos and the colors. But........

Report Inappropriate Content
0
Kudos
453
Views
Reply
0 Kudos
Turn on suggestions
Auto-suggest helps you quickly narrow down your search results by suggesting possible matches as you type.
Showing results for
Search instead for
Did you mean:
Users
Announcements