# To Reach OptumRX US Based Call Centers?

# To Reach OptumRX US Based Call Centers?

I can't reliably reach anyone there who understands English.  Is there a way to reach only US based OptumRX call centers?  Out of maybe 20 calls in the last 1+ months to them I have only spoken to two people whom I could understand and who understood me.  I speak and understand English at a college graduate level so I am not the issue.

I chose AARP/UHC for the dental benefits which stand out from all of the plans I had available to me.

I expected some issues up front on the mail order prescription side of things.

The immediate issue that came up was the paperwork stated unequivocably that they would pay for 30 days of a previously prescribed medication while a prior authorization was being processed.  I asked about this with at least 10 different reps almost none of which seemed to be English as a first language or even within the US.  I suspect the Philipines or even India.  None of the reps were aware of this policy.  Dead air was the most common response to that question.  None would pass me to a supervisor some just hung up on me and the rest transferred me back into the cue.  After those calls one of which was nearly two hours long my blood pressure must have been 50 pts higher.

I had to communicate with my Doctors office at least 10 times in January and just this month maybe 4 times just so far on miscommunications/misfilled scripts from OptumRX. I believe at this point my Doctors Office likely resents me for this added burden.

Their website is fodder for another thread.  Reps have no info about the web site or the info on the website.  Tech support tells me my issues are not tech support issues.

The last time I called I asked for their price on the medication that is in appeal if they allow it.  The rep said that wasn't possible.  After telling me three times that not answering my question was not an issue I could be transferred to a supervisor for, I said how about that you don't even understand what my issue is! I finally reached a supervisor who even though their accent pegged them as probably Phillipino they spoke decent English and gave me the info I asked for and answered some other questions that had gone unanswered by past reps who hung up on me.  The surpervisor told me their actual cost for that medication is $100 for three months.  I have since found it at Costco for $30 cash for three months.

I feel lucky at this point that my issues haven't been a lot worse but I credit my Doctor's Office for their patience in handling those issue.  I've had the same Doctor for years using a couple of different local pharmacys and issues if they came up were always handled within 24 hrs by communicating directly with the pharmacist who dealt with the Doctor's Office.

Given I completely use the dental benefits this year that I really need use of I will move to another plan that is directly linked to a local pharmacy where the pharmacist can handle my prescriptions both reliably and face to face for the same cost.  There is one out there I have found that I won't mention. 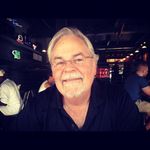 Out of country service reps is not new nor is it indigenous to UHC/Optum. You will find this with almost ever carrier. This is especially true during AEP but also applies year 'round.

Your agent or the website is your best resource.

Finding lower copay's outside of your PDP are also fairly common across drug plans. When I run client reports I compare copay's for the lowest total cost plan to the same drug using GoodRx. When the difference is significant in favor of GoodRx that/those drug(s) are culled from the report and run again. This will often result in a different carrier from the first run but always generates a lower total cost.

If you changed PDP carriers for 2019 and if some/all of your med's are mail order you can expect SNAFU's for a month or so.

What you were told by tech support is correct. Your problem is a customer service issue, not tech related.

Part D is the most complicated and convuluted part of Medicare. A GOOD agent can help smooth out the wrinkles and answer many of your questions. Some, such as how close you may be to the donut hole or the best price for a new med are best handled by calling your PDP carrier direct.

Although not covered by Medicare you might explore enrolling in a Berlitz course to aid the communication process . . .

Out of country service reps is not new nor is it indigenous to UHC/Optum. You will find this with almost ever carrier. This is especially true during AEP but also applies year 'round.

If I knew going in that dealing with them over the phone was going to be this bad it would have weighed heavily to sign up with Aetna instead since they allow the same mail order pricing using a local CVS instead where issues can be resolved face to face with an actual pharmacist instead of through what apparently is an overseas call with someone who neither knows the policies of the company they represent nor can understand or speak the language of the majority of that company's customers.

Had you enrolled in a plan with Aetna you would eventually be dealing with Wellcare.

And Wellcare customer service is often handled  . .  . in the Philippines

No because Aetna allows customers to deal with CVS for the same $0 cost so people can deal with an actual pharmacist - so bark or wag or whatever you want to do with that info.

0 Kudos
2,600 Views
0
Share
Report
Reply
Turn on suggestions
Auto-suggest helps you quickly narrow down your search results by suggesting possible matches as you type.
Showing results for
Show  only  | Search instead for
Did you mean:
Users
Need to Know