AN EPIPHANY IN WAIKIKI

AN EPIPHANY IN WAIKIKI

An Epiphany in Waikiki

Yesterday, I had an arthritic flare-up. Nonetheless, I hobbled along on my usual walking route. I saw a few oddities that thankfully distracted me from my discomfort: a young woman across the street from me unselfconsciously strolled about in tiger-striped pants; two well-fed, well-groomed black and teal ducks (evidently AWOL from the duck pond a mile away) congregated ahead of me on the sidewalk and ever-so-slowly made room for me when I approached them; and on a stone mound in a nearby park a man in a mesmerized altered state repeatedly brandished a club as he impersonated a fierce warrior.

But the most eventful moment occurred at the end of my walk. I encountered a cheerful man about my age who good-naturedly smiled at me. I smiled back out of common courtesy. Then bending toward me, he remarked with utter conviction that “it is a good day.” I superstitiously don’t use those words too often (every time that I do, I fear that something bad is soon going to happen, and all too often it does). But, I was so taken by this man’s optimism that I agreed with him. Saying out loud that it was a good day had no dire consequences for me during the rest of the afternoon or later on in the evening. In fact, I felt very much at peace. Subsequently, the joint pain in my hip, for the first time in a while, began to diminish.

What a godsend that intervening stranger was! I can envision that my cup, which is rarely half full, might crest to the brim as long as I maintain a daily positive attitude. I might even pay it forward, as out of character as that would have been in my past incarnation.

Hey Schlomo - You have already payed it forward!  By your sharing this fortuitous event, a pain in my hip area that I have had for several days is now lessening! 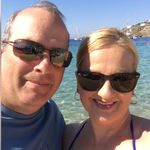 @schlomo I love this post. Interesting. Your post has made the arthritic flare-up in my hip much diminished today. For that I thank you from the bottom of my heart 😘 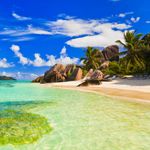 OneDayMatisyahu
Conversationalist
?
1 Kudo
563 Views
0
Share
Report
Reply
Turn on suggestions
Auto-suggest helps you quickly narrow down your search results by suggesting possible matches as you type.
Showing results for
Show  only  | Search instead for
Did you mean:
Users
Need to Know