AARP membership gives me a world of savings and support. My member benefits.

He regrets marrying me over 20 years ago

He regrets marrying me over 20 years ago

My soon to be exhusband regrets marrying me. I did not know that at all. How do i go on from here, forward thats all i can do. I realized that this is why things were the way they were with us. We love each other but have no respect for each other as far as, religious beleifs, life style, and life ethics. All i know is this is over, only thing we have in common was sex, i need more then that.
0 Kudos
13,821 Views
8
Share
Report
Reply 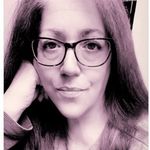 Much in the same boat, but older and longer.  I'm 63.  I thought I was happily married.  Thought we were living the fantasy.  In 2017, 5 months after our girls both graduated from college/grad school and right after our 34th anniversary, I discovered he was having an affair.  How?  I was slipping a love note into his wallet when someone else's fell out!  People used to ask what I most admired about him. My answer was always the same -- his intelligence and his integrity.  Color me a fool!  I later figured out that the affair began after his father died was had been going on for almost 3 years.  THREE YEARS!   She was looking for a sugar daddy, and I got rid of her with one wordless text -- enough to make her wonder why he was still living at home if he said he loved her.  And 6 months later, she was living with someone else.  Anyway... I let him hang around for another year, hoping things would change.  He refused to go for therapy and didn't have much to say.  He was sleeping on the couch, but like the dutiful wife, I was still cooking and doing his laundry...and crying a lot.  I finally forced him to answer me.  I asked if we had a chance, if we could fix things.  I wasn't even sure what was broken.  And then he said something that broke me -- he told me that he was never happy.  Never?  Not before kids.  Not after kids.  Not in 36 years?  I call **bleep**, but he stands by it.  The kicker is that it took us 9 years to have a baby, and in that time, I had an amazing career.  He could have easily walked away, and I would have managed.  (I'm glad he didn't because my girls are my best friends.)  I asked why, and he said he thought kids would make it better.  I guess not. I told him I wanted him out.  I gave him a month, and he left.  We're still not divorced.  At first, we didn't because I wanted to hang on to his heath insurance.  I have glaucoma and diabetic retinopathy, and those tests and treatments add up pretty quickly without great insurance.  But the pandemic put everything on hold.  But now he has a new girlfriend, and I guess he wants to move on.  I'm terrified and completely overwhelmed.  I'm living in our house that he ran into the ground.  It's a money pit with no C of O, so we can't even sell it as is.  And I'm looking to relocate.  My girls are 500 miles away.  They never came back after graduating, so I'm going to them.  So between trying to keep up with floods and other messes her, trying to dump things and downsize, trying to virtually search for a condo, trying to figure out what's fair in a divorce when I have assets to protect, and mostly trying (but failing) to get some sleep and keep myself some sort of healthy, I'm exhausted and on overload...and still cloistered at home because I caught Coved at my doctor's office, and I don't want it again.  63 is not what I thought it would be.  These aren't golden years...they're downright rusty!

Good luck to all of us!  I'm never getting married again. Probably never dating again either. I'm sticking with pets.

It does suck. I've been married for 29 years, knew him 5 years prior. You didnt state how long you knew him prior to marriage but that counts too! I hope your doing well & have a friend or family to lean on. I'm not going to tell you in time you'll get over it. That part of your life becomes your history, it's a new chapter afterwards. After 10 years of being divorced, I still think once-in-awhile how I couldof prevented the demise but dont get overwhelmed with it anymore.

rr13531903
Contributor
So much of life and love is healthy when seekers continue to look for love and loving. Even when disappointed by a long time end to marriage....... life and loving continue to restore and rebuild one's healthy outlook with the finding of eligible new partners. There is no replacement other than the warmth and physical attachment of a new mate. Continue to seek love and loving.
0 Kudos
8,659 Views
0
Share
Report
Reply

That is terrible.   He takes a big chunk of you life NOW decides he regrets marrying your 20 years aog.

Just wondering, some of us still care here and more then willing to listen.

Hang in there!  I've been through a divorce more than once and it isn't fun.  At the same time, being alone is SO much better than being in a relationship that isn't working, no matter the reason.

EmmaForYou
Contributor
Hang in there. Chances are it has NOTHING to do with you. I recently went through this myself... Just focus on yourself. If there are things you can improve, improve them. It's okay to love someone and not be with them, but it's very painful if you won't let go and move on.
0 Kudos
13,796 Views
0
Share
Report
Reply

There is no "love" without respect! You might have had common beliefs & goals in life, but that's not all it takes to love each other. Better to go forward & have your own life, with love & respect for yourself!

Just FYI, when a friend of mine was going thru marriage counselling as a last resort before divorce, the therapist explained that people often find it difficult/uncomfortable to examine how the relationship had changed for the worse over time. Or to "justify" divorce when their spouse was the same loving person they'd always been. So the easiest thing for them to do, to justify a divorce, is to say that they never really loved their spouse in the first place, but made a mistake/were manipulated into getting married way back when.


Registered on Online Community since 2007!
0 Kudos
13,817 Views
0
Share
Report
Reply
Turn on suggestions
Auto-suggest helps you quickly narrow down your search results by suggesting possible matches as you type.
Showing results for
Show  only  | Search instead for
Did you mean:
Users
Need to Know