I am offended by the implied language on the Sandcloud brand towel ad that frequently plays before the games that I play.

The commercial starts with:

"Your towels smell like s____. It will not offer the "skip ad" button until the person dressed (barely) dressed in a towel says that s____  word twice. It is very clear on what word that person is saying. Part of the word is bleeped out, but I find the whole ad offensive.  Why in the world would I want to hear something with implied language and a person barely dressed frequent times before playing a game? I am disappointed that AARP would allow such an ad on their website. I do realize that some my not find this ad offensive, but I do. 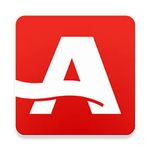 @retiredteachergrade3  Thanks for bringing this to our attention. This ad will no longer be played on our site.

I haven't seen that one since I don't play the games but I do think that some of their ads that are automatically changing are for things that don't seem appropriate for seniors or which some seniors might think that AARP is supporting - you know the stuff -  trying to sell seniors something for something that ails them which sound like scams to me.  I do believe that these are automatic type ads - perhaps randomly placed and not by choice of AARP - and I am not sure if they are the same on different devices.

Glad you brought this up and to their attention.

It's Always Something . . . . Roseanna Roseannadanna
0 Kudos
785 Views
0
Share
Report
Reply
Turn on suggestions
Auto-suggest helps you quickly narrow down your search results by suggesting possible matches as you type.
Showing results for
Show  only  | Search instead for
Did you mean:
Users
Need to Know