Pain medications and the people who really need them

Pain medications and the people who really need them

I am disabled and take pain medications,  ever since these young kids started using these medications to get high i have had the worst time trying to get my medication filled. I am so tired of feeling like a criminal because i don't like to be in pain. Who gave these pharmacists with their little 4 year degree so much power, they don't know me and have no clue what my medical issues are. I know i can't be the only one dealing with this. Who do i have to call or write so my rights aren't being trampled on because of people who do abuse these medications. 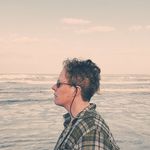 Yes, it is sickening and disrespectful when someone who has no idea what you are feeling day to day make quick and hasty decisions about your medications. I would write and call your state representative, talk with your doctor who prescribes them because they are beginning to allow pharmacies located elsewhere to fill and mail your medications and mail them directly to you. I try to get the names of all the people I have to deal with to address issues. If you have a legitimate prescription it is not anyone's business.  I am sorry you are dealing with this situation.

Yes the new laws are tougher & frustrating for good reason

I have been on a narcotic pain med for 10 years due to hereditary issues along with falling out chair episode which majorly damaged my back whereas I can't stand longer than 5 minutes without pain. Therefore I am unable to work as I would like to & can't do many things used to but it could be worse.

I take the lowest dose pill which only makes my pain tolerable. I have to now go twice year for pain Dr appointments along with my regular 3 times year visits. My Dr counts my meds asks all kinds of questions & has printed report of all meds I fill anywhere plus can/have been drug tested. Yes, it is frustrating having go through all of this.

I was married to a recovering addict for 20 years and attended meetings for families & addicts for years witnessed lost of many folks. Living in recovery helped me with awareness & reality of dying and addiction plus being control freak I've never liked being dopey or out of touch with what's going on around me so its kept me from abusing my medicine even at times of great pain. Yes my body is addicted Twice I've tried to stop taking but its unbearable and it affected my daily livelyhood. So I'd prefer not having live with the pain medicine but have accepted the reality it is necessary in order to function.

Also I'll add there are those who abuse meds & used to get from multiple doctors...the issues and reasons why necessary for new laws is real...as the old saying goes "1 person doing wrong messes up things for ones trying to do right" So we are paying consequences for others bad/wrong choices.

Will say, unless a person is living with chronic pain its easy to say get control & stop. Also unless you've lost a love one (young or old) to addiction you may not understand the epidemic we are living with.

So for myself I am willing to do what's required by new laws & regulations to get my meds knowing the laws are in place to protect us & hopefully save some lives.

Now that we know that the CDC opiate guidelines we're flawed I sat in on all four of the public discussions one even including public input ?

The CDC has acknowledged that the findings were flawed but thousands of seniors are being denied their access to pain medications because of the Hysteria of the opiate crisis ?

Is AARP advocating in behalf of seniors being denied access to pain medications ? If so I would love if someone would give me contact information so I could keep up on this issue . Thank you all

It is not just kids or young people that have abuse problems - many people become addicted because of prescribing abuses and now that is being changed by the Federal and State governments.

You will just have to abide by the new rules for prescribing.  You may have to see your doctor more, he may want to try different methods of pain control.  Talk to your doctor and he can advise you better on your use and his prescribing schedule or any other things he may want you to try for chronic pain.

Prescriptions and use are being closely monitored in most every state by new rules.  The CDC has issued new recommendations for prescribing.

Improving the way opioids are prescribed through clinical practice guidelines can ensure patients have access to safer, more effective chronic pain treatment while reducing the number of people who misuse, abuse, or overdose from these drugs.

CDC developed and published the CDC Guideline for Prescribing Opioids for Chronic Pain to provide recommendations for the prescribing of opioid pain medication for patients 18 and older in primary care settings. Recommendations focus on the use of opioids in treating chronic pain (pain lasting longer than 3 months or past the time of normal tissue healing) outside of active cancer treatment, palliative care, and end-of-life care.

I totally understand the relationship of addiction and how the problem is affecting our whole country with Heroin and synthetic Fentanyl ?

But thousands of seniors are being denied pain medications that have never abused them realizing there is a huge difference between addiction versus dependency .

Indeed it is a bad situation all around

So I'm grateful for at least getting what I do get & will continue to do what's required to be able to get my meds.

As stated earlier post I've tried to get off and tried other things but the meds do do what they are made for that's why so many take them.

Its sad to think of someone no longer getting ones they have gotten. That's not right and can imagine their pain if suddenly cut off.

I understand if they no longer write new prescriptions for folks never had before and also how my Dr let go of few patients when he drug tested they had other drugs in system possibly selling what were getting from the Doctor.

As for me I take what prescribed its not always easy cause at times pain is rough but knowing only have what need for each day would be without at end of month if take more & I strongly feel folks like myself doing best we can living with what we're dealing with shouldn't be punished for actions of others.

Also I'm personally aware of the Depression and Isolation that comes from living alone with pain and inability to do things we used to it all connects and I feel it leads some to suicide which may account for some of seniors lost to the epidemic. I have been there emotionally & doing best to change that. Also my mom in her last years had days with failing memory couldn't recall if she'd taken her meds at times so many Seniors living with Dementia and Alzheimer's could accidentally overdose themselves. Which I believe all these numbers get counted together but makes no true account of losses of life to folks using their meds correctly. So this is part of problem.

With my awareness of addiction and losses of many lives to addiction. I try to understand reasons for all changes but that should not include taking meds away from folks taking as we are prescribed and I would like to see AARP understanding this and backing and supporting Seniors in this matter. Yes fight to stop addiction and loss of life but not at expense of those doing it right. Until they find another medication to replace what we take we need these meds because nothing over the counter can replace my Perocet/Oxycodone I've tried them all.

Hopefully soon they'll find the happy medium to this situation

The Feds are the ones regulating. Primarily, the FDA. However there are many groups now discussing, and lobbying, for more regulations on various pain meds. National Institutes of Health is involved, NCPA, and various other groups. There are congressional hearings. Congress has already passed changes that will start in 2019.

And, it's not just for kids:

".... Issued by the Agency for Healthcare Research and Quality (AHRQ), the reports reveal that millions of older Americans are now filling prescriptions for many different opioid medications at the same time, while hundreds of thousands are winding up in the hospital with opioid-related complications.

"These reports underscore the growing and under-recognized concerns with opioid use disorder in older populations, including those who suffer from chronic pain and are at risk for adverse events from opioids," said Dr. Arlene Bierman. She is the director of AHRQ's Center for Evidence and Practice.......

Bierman and her colleagues pointed out that chronic pain is common among seniors, as eight in 10 struggle with multiple health conditions, including heart disease, diabetes, arthritis and depression.

To cope, many seniors take opioids, which inevitably raises the risk for side effects and negative drug interactions.

And in fact, the team found, opioid-driven complications were the cause for nearly 125,000 hospitalizations -- and more than 36,000 emergency department visits -- among seniors in 2015.

At the same time, AHRQ's second report found that nearly 20 percent of seniors filled at least one opioid prescription between 2015 and 2016, equal to about 10 million seniors. And more than 7 percent -- or about 4 million seniors -- filled prescriptions for four or more opioids, which was characterized as "frequent" use.....".

0 Kudos
5,302 Views
0
Share
Report
Reply
Turn on suggestions
Auto-suggest helps you quickly narrow down your search results by suggesting possible matches as you type.
Showing results for
Show  only  | Search instead for
Did you mean:
Users
Need to Know