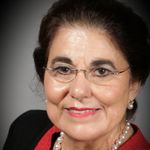 In the first study of the third generation, 793 granddaughters were enrolled. Some of their mothers were prenatally exposed to DES and some were not. In that study, a higher percentage of DES exposed granddaughters reported having irregular periods, and experiencing regular periods at a later age.
Two DES-exposed granddaughters reported ovarian cancer occurring in their early 20s, and one exposed mother reported that her daughter was diagnosed with ovarian cancer when she was 9 years old. These findings were very preliminary and require confirmation.
We also saw an excess of leukemia among the unexposed granddaughters, which underscores the concept of chance findings.
Associations with DES can occur by chance when there are small numbers of cancer cases. Continued follow-up of the granddaughters is necessary to determine if there are health effects related to DES.

A second study has been conducted. The information from this study is currently being analyzed to determine if the findings on menstrual cycles and on ovarian cancer remain.
DES Info: This study information is concerning. It is very important for DES Granddaughters to tell their doctors about a family history of DES Exposure.
#Diethylstilbestrol
#TheDESTragedy
DESInfo411@gmail.com
Karen M. Fernandes
0 Kudos
1,846 Views
0
Share
Report
Reply
Turn on suggestions
Auto-suggest helps you quickly narrow down your search results by suggesting possible matches as you type.
Showing results for
Show  only  | Search instead for
Did you mean:
Users
Need to Know