When, I was buying at the Farmers Market in Hawaii, one day, I was talking a to a man and he told me that he had a bad case of itchiness and realized it came from the vegetables they sold at the market. He talked to the farmer and the farmer told him, they spray to keep the bugs away.

The man decided to buy organic and realized all his itchiness disappeared. After that, he knew that whatever the farmers spray on the food is so bad, because the vegetables absorb it and you eat that chemical, over time your body reacts violently, scabs, patches, itchiness, dryness and scaliness.

I was shocked when he told me that because I too had itchiness but thought it was the soap I was using. So, I too began buying organic vegetables and fruits and have never gone back to the sprayed toxic food!

One day, my oldest son was cooking steak and eggs and I became extremely ill with a horrible headache and nausea. I felt if I didn't get out of the house I would probably vomit so bad.

I ran out and stayed till they ate their breakfast.  I realized that this same very thing happened to me when I was staying at my parents friends house when I was very young.  My parents had left us there and they went on a trip.  I couldn't eat anything they served so my parents had to come back. So, that smell has always triggered my senses.

Now, I've become more aware of aromas and figured out what triggers it, childhood fears, cafeteria food, schools, you name it Im trying to figure out the problems.
Dont give up- keep searching is my motto.

Maybe those allergic to soy is because of what the growers spray on their crops.  I eat Organic Tofu and have no reaction. I've been eating it for over 10 years.

I always buy organic vegetables!  It's expensive sometimes and when they have a sale, stock up, make stews,soups and enjoy!

I'm allergic to a lot of normal food. I went to many places but could not treat it. If you have any method to improve this problem, please let me know. Thanks you very much!

Gosh - FLUORIDE! It is an inflammatory drug and adjuvant, something that intensifies the allergic reaction.

For decades, I wanted to know why all of a sudden my manageable allergies became so impossible during my 2nd pregancy. I coined the term 'allergic storm.' It took me almost 2 years to figure out it was something in the water. The city had started fluoridating while I was pregnant, but doctors told me they added a lot of other chemicals with the fluoride and fluoride was perfectly safe. Both my kids had rashes, stomach aches, etc. like me, too.

I was better, but not well, for ten years while on spring water delivered in glass jugs - then made the ill fated decision to get a high quality filtration system. I was then diagnosed with 'chronic Lyme' and arthritis, in addition to gastrointestinal problems I called 'allergies' but which were also labeled as IBS. Kidney and liver trouble followed. Took me decades to go back to inconvenient spring water, but this time even to rinse my mouth after brushing my teeth with natural toothpastes ....but within a couple of weeks - no more 'allergic storms' or any of those other symptoms.

After having artrhitis in my 30s, 40s and 50s - I don't have it in my 60s. Angry much? There is actually a term in immunology, 'cytokine storm' that describes an immune system in crises. Plus, a 1956 Public Health Service sponsored study of pregnant women advised the powers that be that a percentage of the allergic population had to be dropped from the study because of acute symptoms that matched my experience. I was textbook, but the doctors hadn't read that book because it was banned by dentists who believe in tooth fairy tales?!

And an image from that old study that describes my symptoms. " What sorts of supplements and vitamins do you recommend for persons who have been diagnosed with either of these conditions?  What nutritional deficits can they expect to have as a result of their diagnoses? "

I would start with healing the gut. This means PROBIOTICS initally from raw fresh sources like Sauerkraut, Kombucha, Kefir or any FERMENTED FOODS. Good natural soups with BONE BROTH.
Once you have done those, you could also try a good probiotic supplement, like Renew Life, Garden of Life or Now Foods brand.

In addition I would highly recommend VITAMIN C, at least 3,000 mg per day, spread out with every meal ( look up Andrew Saul Vitamin C on youtube).
A good B-Complex would also help. Get plenty of sunlight too.

Cut processed foods and sugars, and eat plenty of fresh veg and greens.

This will heal your body and restore your immune system.

Been there and have the tee shirt. My hell began in 1981..... and although I realized it was all about diet and allergies in 1982, I didn't put the missing pieces together until the past couple of years. It's not as much about the foods as the poisons in our foods, waters, and medicines..... they cause and worsen leaky gut and all resulting mayhem.

Moreover, I suggest the solution requires political action and should include AARP acting as our spokesman, as we Baby Boomers have been lab rats since 1950 and our grandchildren have horrific health.

Fluoride, even in "optimal" concentrations in water, is an inflammatory drug and "adjuvant" - a substance that intensifies the immune response in the presence of an antigen. See citations in this 2015 letter signed by the president of the American Academy of Environmental Medicine, consumer advocate Erin Brockovich, Attny David P. Matthews, et al.:  https://www.aaemonline.org/pdf/LetterIOM_2015.04.27.pdf

There are way too much and too many pesticides in our food. Since glyphosae (RoundUp) was introduced about 1990, the tonnage has increased exponentially. Not only have genetically engineered foods (GMOs) been developed to produce their own insecticide, they are "RoundUp resistant" which means farmers can use this poison in much larger concentrations than any other poison plus they spray it on wheat in particularly heavy concentrations before harvesting in order to dry the wheat.

The IARC classified glyphosate as a probable human carcinogen in 2016, which is what the US EPA said in the 1980s before Monsanto convinced the EPA otherwise. The EPA has fought the IARC classification as carcinogenic. Incidentally, glyphosate is registered as an "antibiotic" and we all know that antibiotics aren't good for gut health. Regardless of any classification, eating this stuff every day is not good for your gut. See 2017 NY Times expose on most recent collusion between EPA and Monsanto: https://www.nytimes.com/2017/03/14/business/monsanto-roundup-safety-lawsuit.html?emc=eta1&_r=1

Most of us Baby Boomers had between 3 and 5 vaccines as a kid, although we've been convinced we need annual flu shots and all sorts of other vaccines now. Today's vaccines all contain adjuvants and a recent study showed they were all contaminated with glyphosate. A 1986 law gives Big Pharma and doctors immunity from any vaccine injury claim. Consequently, quality control isn't a priority. Moreover, doctors are financially incentivized to administer vaccines while the CDC holds 57 patents on adjuvants and vaccines and so makes a profit on each dose over and above their $4.6 billion budget for vaccine distribution.

BTW: Our grandkids get 25 vaccines by age 6 months. Robert Kennedy, Jr. is an environmental attorney very involved in the vaccine battle. Don't write this off. It's complicated and it's corporate - and it's harming us and our grandkids. @a249605a Thank you for joining the conversation and giving us such an informative response.  I know that there are a lot more people who "browse and read" than actually post, so I feel your words will reach a lot of people out there who have been researching material specific to "gut issues" they may be suffering.

I wonder if you could speak to the "blood test" used to determine titers to gluten antibodies?  I know the "gold standard" for diagnosis of celiac disease is biopsy of the small intestine.  Is there a similar test for "leaky gut syndrome?"

What sorts of supplements and vitamins do you recommend for persons who have been diagnosed with either of these conditions?  What nutritional deficits can they expect to have as a result of their diagnoses?  Are there similar deficits found in those with food allergies and sensitivities? 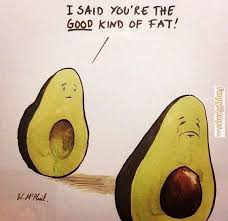 @a249605a - Good points! It's a shame that few conventional doctors talk to patients routinely about eating habits, starting when we're children. And that's an even bigger problem when an adult goes to the doctor with an actual problem!


Registered on Online Community since 2007!
Report Inappropriate Content
1
Kudos
5164
Views
Reply
1 Kudo
Turn on suggestions
Auto-suggest helps you quickly narrow down your search results by suggesting possible matches as you type.
Showing results for
Search instead for
Did you mean:
Users
Announcements