In the wake of the somewhat surprising--not to mention abrupt--end to the DES lawsuit filed by the Melnick sisters against Eli Lilly, there has been a flurry of activity from people who were exposed to the drug, and those who support them. Although the DES breast cancer lawsuit was settled for an undisclosed amount, and without Lilly admitting any responsibility, people familiar with the situation say the time is coming for Lilly to finally admit its drug causes breast cancer.

DES Daughter Caitlin McCarthy: "Maybe DES Will Finally Get its Day" DES (diethylstilbestrol) was given to pregnant women to prevent miscarriage. In the US, it was prescribed from the 1940s into the 1970s, although in some parts of the world it was still being used into the 1980s. Studies conducted as early as 1953 showed that DES did not actually reduce the risk of miscarriage, however the drug continued to be prescribed. Since then, DES has been linked to serious side effects in women who were exposed to the drug prior to birth (these women are often referred to as "DES daughters"). These side effects include an increased risk of breast cancer, early menopause and infertility. More recent studies suggest that even DES grandchildren could be at risk of side effects.

A lawsuit filed by four sisters who alleged their breast cancer was caused by DES, which was taken by their mother while she was pregnant with them in the 1950s, abruptly ended after a Harvard public health doctor testified that DES has been shown to cause cancer.

Dr. Hans-Olov Adami testified that the Harvard Women's Health Watch and the Institute of Medicine of the National Academies has stated that women who were exposed to DES in utero, "experienced important and devastating effects many years later, including an elevated risk of breast cancer." He further testified that the evidence was applicable to any DES daughter who developed breast cancer after the age of 40 or 50, so long as she did not have other high breast cancer risks. Finally, Dr. Adami called the DES experiment on women a human tragedy.

"Lilly started their examination of him and during the break they approached the judge and wanted to settle," says Caitlin McCarthy, a DES daughter, activist and screenwriter of “Wonder Drug” (a feature film about DES, now in development) who was present for part of the lawsuit but was not a plaintiff in the suit. "The plaintiffs had so many fantastic people prepared to go on the stand. I think Lilly knew they would be buried. We've known in this community for years that DES causes cancer and infertility and finally the science backs that up."

McCarthy says the courtroom was filled with supporters of the DES daughters.

"I was there for opening statements and I got a sense of energy in the courtroom for the plaintiffs," McCarthy, who was previously interviewed for Lawyers and Settlements in August 2012, says. "It was palpable. There were many DES daughters in the courtroom who weren't part of the trial, but they took time out of their lives to support the sisters. Behind the plaintiffs there was row upon row upon row filled with DES daughters. I think that was a powerful visual."

Lilly has defended itself--and its drug--saying DES does not cause breast cancer and that they will vigorously fight lawsuits. That claim, and the lack of follow-up on mediation for other lawsuits, angers the DES daughters.

"In January 2012, Lilly was ordered to mediation with the plaintiffs' lawyers for pending cases," McCarthy says. "Lilly has treated it like a joke, which is why the Melnick sisters went to trial. Lilly’s MO is that the plaintiffs will die off and they would rather pay money to expensive lawyers than to these women. I really think that's their attitude."

As a result of the lack of movement from Lilly toward mediation, one DES plaintiff created a petition aimed at getting Eli Lilly to honor its obligations. The petition is called "Eli Lilly--Fess Up on DES!" and is sponsored by Patricia Royall, DES daughter.

"It's embarrassing for Lilly to say DES doesn't cause breast cancer; that it's all genetic," McCarthy says. "It's arrogant and insulting to people's intelligence. We're not going away. They can't shut us up, so they're going to have to deal with us. They will have to admit the truth. They need to accept responsibility. It's not about the money for us, it's about justice and recognition that those of us who have been affected by DES are hurt in a way people not affected by it don't understand. I live under a medical guillotine. I don't have cancer now, but I'm at a much higher risk because I was exposed to DES. That influences how I live my life. When I go to my annual physical, you better believe that fear is with me. I wonder if this appointment is the one where I get the bad news.

"Lilly should just admit that DES has been shown to cause breast cancer and honor its promise to settle lawsuits. They've been saying this for more than a year now, and they haven't done it. This is just going to get more embarrassing if they don't. Lilly’s CEO needs to pull a Lance Armstrong, call Oprah Winfrey, and admit to the lies about DES," McCarthy says.

Reflecting on the DES victims, McCarthy says, "I'm in awe of every single plaintiff in these breast cancer cases. This has taken years and many of them have died along the way. I'm in awe that some of them have chosen to spend their remaining days fighting this, vowing not to go away, but to fight these drug companies. They've blazed the trail for DES victims and other drug disaster victims as well. We just saw a German company apologize for thalidomide.

After over 44 + years, maybe DES will finally get its day." 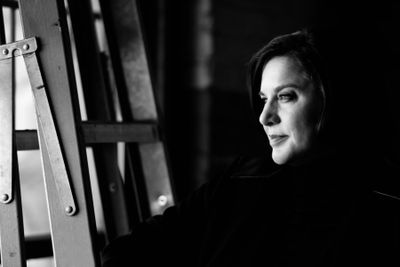 KMFDallas
0 Kudos
1,007 Views
0
Share
Report
Reply
Turn on suggestions
Auto-suggest helps you quickly narrow down your search results by suggesting possible matches as you type.
Showing results for
Show  only  | Search instead for
Did you mean:
Users
Need to Know