Punishment for age discrimination should be swift and severe 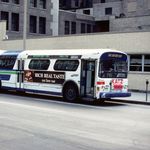 Punishment for age discrimination should be swift and severe

We know that there are still some companies that don't want to play by the rules.  And they think it's fun.  Sooner or later it's going to come down to them that they will have to own up for their wrong doings.  Where I work at, we have very strict rules that bars anyone from even making a joke that might sound discriminatory.  One time, a man who was at the age of I think 62, someone said that he was too old and they let him go, then a few days later, the one that made the rude comment against the older worker got in big trouble.  The culprit got written up for it.  And now the rules has gotten even tighter.  If the young manager even says one word that sounds discriminatory, that young manager is out of a job with no questions asked.  In some places, I think the way it should be is that some more items should be classified as age discriminatory.   Such as in the interview, if the HR person even predicts the applicant would be too slow or never learn the software like some silly psychic, that should automatically call for at least $10,000,000.00 fine for each negative comment to the senior job applicant.  Now that would be a pretty expensive ticket.  Keep writing your legislators to make sure companies don't get away with any of their garbage.

Age discrimination in nursing. There is a need for nurses, however, not mature ones. Companies want younger applicants who get entry level salaries not senior salaries. Experience and insight do not seem to matter. Also there is bias about old people not being capable of learning new technologies. My last job, the young were mentoring the younger and none of them had a clue. One day last year I was told there was not job for me.

Yes.  Sometimes if they say that they only hire young people, we may have to ask them if there really is an upper age limit to work there.  That way they are forced to tell the truth.  I would be happy to sign any petition that has companies raising any upper age limits to a super high number like 110.

Seniors are just antique people rich with history.
0 Kudos
1,047 Views
0
Share
Report
Reply
Turn on suggestions
Auto-suggest helps you quickly narrow down your search results by suggesting possible matches as you type.
Showing results for
Show  only  | Search instead for
Did you mean:
Users
Need to Know