She's a Lady   by Tom Jones 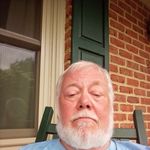 OK I don't know what happened, but I'm a little OCD, and I think this ties together the two different strands we had going there.

We did the whole RED thing, then went to 99 Red Balloons, then 99 pounds, then September 99, then did a September thing up to See You in September, then I See the Light, then I’m not sure what happened after that and we were alternating between RED again and LIGHT … so Red Light just helps me get it back together, sort of like Adrian Monk, asking Sharona for a “WIPE!”

Paradise by the dashboard LIGHT - Meatloaf

351 Views
Message 2760 of 73,727
Red Top - the Teen Queens
Report Inappropriate Content
Reply
0 Kudos
Turn on suggestions
Auto-suggest helps you quickly narrow down your search results by suggesting possible matches as you type.
Showing results for
Show  only  | Search instead for
Did you mean:
Users
Announcements