Same guidelines as the original forum.

The only difference is this is for oldies.

I am setting the following rule:

I'll start with a classic:

When A Man Loves A Woman:  Percy Sledge

Let's Get Lost On A Country Road:  Kit Kats

Wafen
Contributor
King of the Road

My first time doing this. Enlighten me if I have erred
0 Kudos
1,663 Views
53
Share
Report
Reply

From A Jack To A King - Elvis Presley

Lily, Rosemary and the Jack of Hearts -- Bob Dylan

Ooops, just realized that I, on the other hand, did not do it right with Rain King, because I'm pretty sure the Counting Crows were probably still in diapers in 1972 (if they were even born yet). I got so excited about the original Song Title Word Association getting fixed that I forgot I was on the Oldies one! So thanks @JohnD131536 for fixing that one so fast.

Oh man, and I just checked and Lily, Rosemary and the Jack of Hearts was not recorded until December 31, 1974, so I'm out of time all around. So maybe we should just pretend this whole post never happened.

Love Is Like An Itching In My Heart:  Supremes

Stop! In The Name Of Love:  Supremes 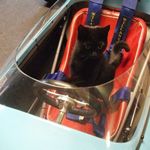 @Wafen It’s nice if you list the artists name also

It Takes Two - the Jupitors

High On A Hill:  Scott English

Fool For You:  Impressions

"Why Do Fools Fall in Love", Frankie Lymon

LOVE is all around    Troggs

In And Out Of Love:  Supremes

OUT AND about   Tommy Boyce&Bobby Hart

Don't Go Out In The Rain (You're Going To Melt): Herman's Hermits

2 Kudos
1,466 Views
28
Share
Report
Reply
Turn on suggestions
Auto-suggest helps you quickly narrow down your search results by suggesting possible matches as you type.
Showing results for
Show  only  | Search instead for
Did you mean:
Users
Need to Know