Father’s Day is a holiday in honor of fatherhood and paternal bonds.  When attending church on Mother’s Day in 1909, Sonora Smart Dodd, who was raised with her 5 brothers by her father alone, conceived of the idea of establishing a day in celebration of fathers.  In the US the day is celebrated on the 3rd Sunday of June.  Predating the US day in honor of fathers, the Catholic Church in the Middle Ages established St. Joseph’s Day to honor the first father of the Church as well as all fathers.

And some of the best dad’s in literature, according to readers polled by BookBub include Atticus Finch from “To Kill A Mockingbird,” Matthew Cuthbert from “Anne of Green Gables,” and Arthur Weasley from the “Harry Potter” book series. And great TV dads include Danny Tanner from “Full House,” Philip Banks from “The Fresh Prince of Bel-Air,” James Evans from “Good Times,” Gomez Addams from “The Addams Family,” Jason Seaver from “Growing Pains,” Carl Winslow from “Family Matters,” Mike Brady from “The Brady Bunch,” and Ward Cleaver from “Leave it to Beaver” among many others.  Who are your favorite literary, movie, and TV dads? 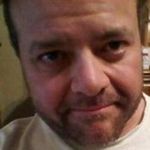 My dad passed many years ago. But not a day goes by when I don't think of him...the fun and humorous side he had. Every few months I visit his and mom's gravesite and fix it up. They deserve that kind of respect. He deserves it.

Sorry for the loss of your father.  Mine passed also many years ago (36 years now) at the age of 49.  Too young.  Agree on Andy Griffith.  So great.  And a single dad, no less.  "The Living Years" is a great song, for the longest time unavailable digitally.  Will add to this playlist - is part of the playlist tribute to my dad - see my previous blog https://listentothemusicblog.com/dance-with-my-father-big-bad-john-tribute-to-dad/

Tim Taylor (Home Improvement) is another funny one 🙂

Great song.  Added to the playlist!  Thanks 🙂

How about "Cats In The Cradle" by Harry Chapin

Can't believe I forgot that one - added to the playlist.  Thanks!

Great Playlist and pics! My own Dad is 91

and I cherish every moment when I’m with

him. My favorite TV Dad is Eugene Levy,

1 Kudo
705 Views
0
Share
Report
Reply
Turn on suggestions
Auto-suggest helps you quickly narrow down your search results by suggesting possible matches as you type.
Showing results for
Show  only  | Search instead for
Did you mean:
Users
Need to Know