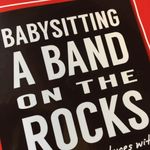 (From"BABYSITTING A BAND ON THE ROCKS" -available at Newbury Comics locations throughout the Northeast and online at LTCDS.com > Webstore > Books.)

"I often tell people that I learned more about business from
Van Halen than any MBA program could’ve taught me, our
legal obligation to segregate the brown M&Ms so preposterous
yet so profound. But at earlier times in my brief career in the
entertainment business I found myself dealing with the ethical
dilemma of knowingly not complying with contractual demands,
instances where I was forced to compromise against my own
juvenile but usually sound judgement. Two pickles in particular
still stick in my craw − one with Judas Priest and a second with The
Allman Brothers Band...

saw the advertising that we were running and
recognized that Jack Bruce’s name was nowhere near the same size
as that of the Allmans; in fact it was nowhere to be found. Despite
his demand being both impractical and unreasonable, Scher threw
a fit and lodged a formal complaint with Premier Talent, Bruce’s
booking agents and one of Mark’s biggest supporters. In response
Mark had me sign my name as Ad Manager to a letter he wrote
in defense of our non-compliance, a missive laced with passiveaggression
and no logical legal standing. Though no one was about
to litigate the matter – everyone knows that with lawsuits of that
sort the only winners are the attorneys – in the long corridor from
locker room to the stage I took the heat for our lame response.
Jane, a top executive at Premier, stopped me in my tracks.
“Gregg, you know that you’re wrong, right? You don’t have a leg
to stand on. You even left Jack off of the [backstage] passes for God’s sake!”
Indeed, earlier in the evening we had been forced to add a bold
“JB” with a Sharpie to our preprinted backstage passes when
Bruce’s road manager had realized the slight. Scher had overheard my

exchange with Jane and gloated over the awkward position he
had put us (actually me) in, notching one in the win column of
his ongoing rivalry with Mark even though his client had been
rendered anonymous to the general public. Following on Jane’s
heels he got in my face himself, his “So there!” smirk saying more
than any words could..." 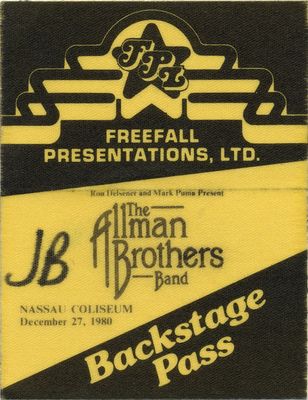 Makes me glad I became a Nurse 🙂

0 Kudos
617 Views
0
Share
Report
Reply
Turn on suggestions
Auto-suggest helps you quickly narrow down your search results by suggesting possible matches as you type.
Showing results for
Show  only  | Search instead for
Did you mean:
Users
Need to Know