Hope for always a quorum.

We would luv you to JOIN us!!! Lol, let us figure this out together 🤣😂 Please stop by and ADD your RHYMES or ask questions of @Rhymesometimes and @postman29 our two experts. I am busy doing this with pen and paper 😱 Yes, old school and have no idea! Stay tuned for my first attempt 👌 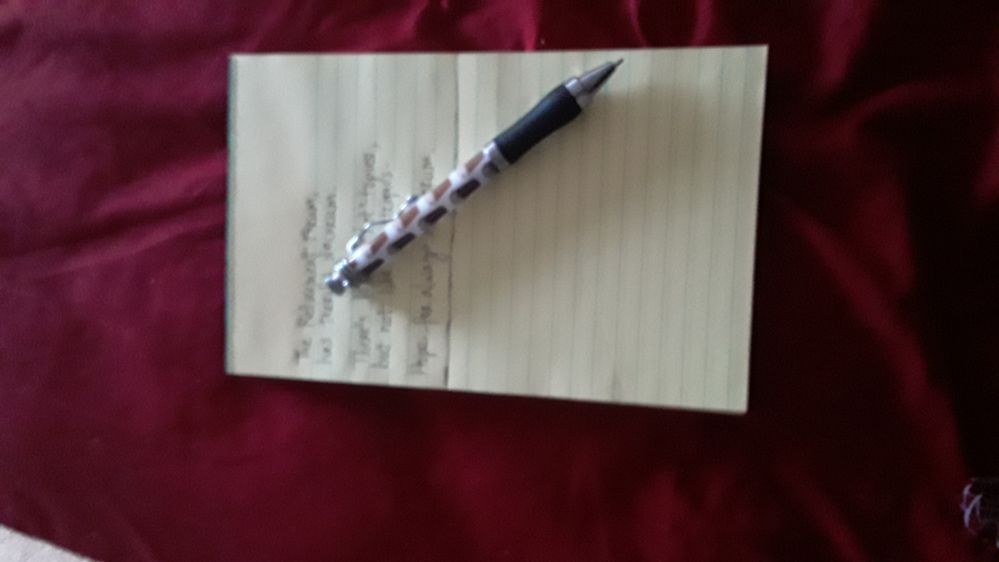 Angela,  This was my first time playing bingo on-line.  There were numbers given out, and then I thought the moderator was coming back tonight, but she didn't.  I guess we only get one round of numbers per night!  Anyway, more time to hang out with my hubby.  Tomorrow is our first anniversary.  Can't believe how fast it went.

As far as limerick writing, @postman29  described it perfectly.  The one I did for your forum was fairly straight forward because I knew there were only a few words that rhymed with forum.  The third and four lines are usually the easiest.  The fifth and final line can be the most difficult, because it's like the punch line of a joke.  Let me see if I can constructed another one after looking over the forum more carefully.    Christine

I can now plan my day,

work's not in the way,

there's no alarm to wake me,

there's no boss trying to break me,

@postman29  Another solid hit.  Amazing!  I think I will be doing them in my sleep.  Are you dreaming in rhyme at this time.  Oh, no. ---  Christine

I am so JEALOUS @postman29 😭 Can you share your wisdom? If not, I can wait on @Rhymesometimes to get a break from her Bingo Game. I had asked her to post this so I can LEARN 😉

Thanks Angela. I just follow Christine's lead. Rhyme line 1,2, and 5, with lines 3 and 4 rhyming on their own. I also try to stay on topic. Can't wait to see what you come up with! Good luck.

Thanks @postman29 for the info. Lol, let me go figure this out. Be back soon hopefully!! Yikes 🤣😂

0 Kudos
1,329 Views
0
Share
Report
Reply
Turn on suggestions
Auto-suggest helps you quickly narrow down your search results by suggesting possible matches as you type.
Showing results for
Show  only  | Search instead for
Did you mean:
Users
Need to Know