When I was 5 years old, I would go to my friend Susie's stoop and we would play.  She lived in a 3 story building where all three floors were filled with her relatives. There were younger boys on the first floor that would also come out to play with us.  And two on the top floor.  Susie lived on the second floor.  As we got older the kids from the neighborhood seemed to be attracted to that stoop.  They would play baseball in the street and we would watch from that stoop.  Every day around 5:00 somewhere in the building, the mothers from the three floor and the grandmother that lived on the third floor would have cocktails.  During the nice weather, they would bring out chairs and have their drinks on the stoop.  What a great way to grow up. 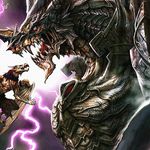 Until I was almost 8 years old we shared a duplex with my grandmother in East Atlanta.  It was the same house my mother had lived as a child and by this time the business section had grown and ended just two doors down from our house on our side of the street and past out house on the other side.  The front porch stretched across the entire front of the house with flower boxes lined up to keep small children from falling down into the boxwoods below.

I remember so much more of that porch than any other part of the house.  There was a bakery across the street and in the morning the aroma of cinnamon buns found our porch if the wind was from the right direction.  On special days someone would walk over for some, still hot from the oven.

I learned to read from the marquee on the theater across the street and from the posters in the grocery store advertising the sales.  Part of this time was during WWII when lots of things were rationed.  Sugar was the first word I was able to read because that meant I could have cookies and sweet pickles for potato salad.  These are still the top of my list for favorite foods, followed closely by the ice cream we could get at the Miss Georgia Ice Cream store just down the block from our house.

The porch also had a swing.  I was sitting on that swing with my Great-grandmother who was showing me how to shell butterbeans when I suggested she should get me a grandfather.  I had one all picked out.  He was the man who drove by in his horse-drawn wagon, loaded with vegetables several times a week.  He had a dog by his side and he wore a while beard like Santa.  In my eyes he was the perfect choice.  I was so disappointed that Grandma didn't agree so I never got a grandfather.

I have so many memories of that porch.  When I was in the second grade at the school just around the corner my grandmother got an offer on the property that couldn't be ignored.  My parents built their own house and two days after we all moved out the old house was destroyed to make room for yet more stores.  There was no more front porch.  We had a screened-in back porch overlooking the woods that we rarely used and was later closed in to enlarge our family room.

2 Kudos
4,021 Views
0
Share
Report
Reply
Turn on suggestions
Auto-suggest helps you quickly narrow down your search results by suggesting possible matches as you type.
Showing results for
Show  only  | Search instead for
Did you mean:
Users
Need to Know