Remember when we were young and fearless and... yes, stupid, too?  Ran across the article on 19 Dangerous Things Kids Used To Do That Would Not Be OK Today. Boy, did that bring back memories!

Miracle some of us survived, but that's not saying we escaped totally unscathed either.  I remember when little brother did the 'ride the handlebars' trick with a friend down the street (of course, no helmet or pads) and they wiped out.  Little brother ended up in the hospital with bashed head.

Another time, same brother and I were doing a skateboard 'train' down a steep concrete sidewalk.  Back then, skateboards were nothing more than roller skate wheels attached to a board.  He was the caboose and he took me out.  This time, I ended up in the ER with screwed-up ankle.  Couldn't walk all summer.  To this day, I still have a lump in that ankle.

Remember jacks and pick-up sticks?  We used to throw those pointy sticks at each other.  And we made slingshots from forked branches and rubber bands and winged rocks & marbles at each other.

Yep, when we were young and foolish.  There was no such thing as 'helicopter parenting' in those days.

Anyone else with some 'fond' childhood memories to share?

Most cars today don't have bumpers that are easy to hold on to by a blader and hitch a ride. On.

Be safe this 4th of July

Another dumb and dangerous thing kids used to do is hitching a ride on the bumper of a moving car while roller skating.  I can see it now, a dare devil kid laces up his skates and skates up behind a vehicle, clamps onto the car's bump, and then hangs on for the ride or fall of his life.  No helmet invovled either!  Haven't seen any kids try this stunt recently.  Maybe their too smart for something so dangerous. 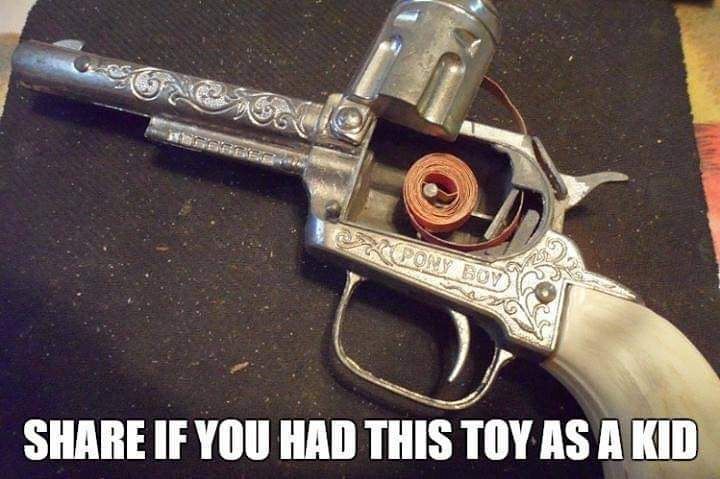 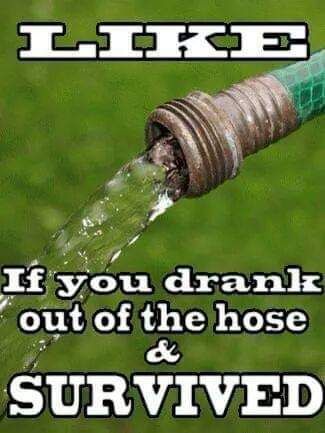 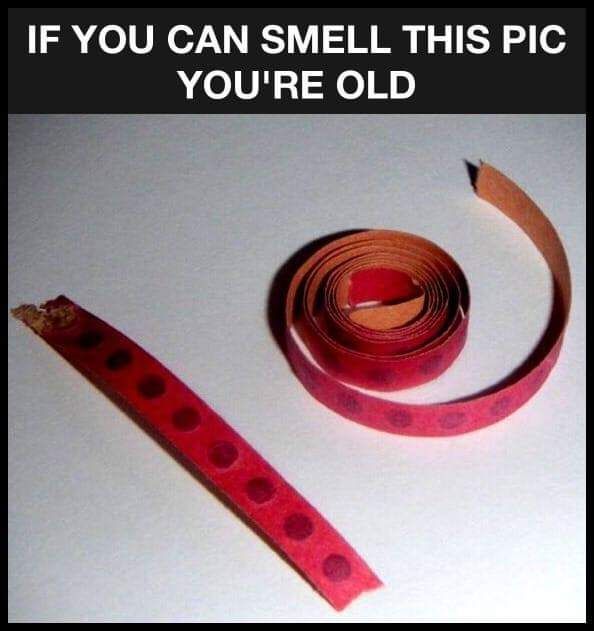 Speaking of toy guns, my older brother had a toy Army bazooka that looked something like this.  (We were Army brats, so of course they had all the Army toys.)

My brother would chase my sister and I and shoot us.  The blue shells were rounded, but they hurt and left marks.  I'm pretty sure that even in the early '60s, there probably was some warning about shooting people with it.

Remember how kids used to ride their bikes down the street while yelling,  "Look, Ma!  No hands!"?

It’s the Baby Boomers’ world; the rest of us just live in it. This famous generation has been catered to, criticized, studied, and marketed to from the time they were just babies growing up in newfangled post-war suburbs. Now they’re trying to balance caregiving and work, enjoy retirement, further their careers, or find care for themselves. Here’s our look at the group that’s influenced everything from child-raising practices to senior care.

10 Facts About Baby Boomers We Bet You Didn’t Know

The 76 million Americans born in the “baby boom” between 1946 and 1964 have influenced our country’s arts, politics, workplaces, and lifestyles over the past several decades. If it seems like you’ve heard all there is to hear about Boomers, here are ten things you may not already know about the Baby Boom generation.

1. They’re Online – and in Great Numbers

According to a Google study, 78% of Boomers were online by 2013. A full one-third of all Boomers online describe themselves as “heavy internet users,” and 82% of Boomers belong to at least one social media platform. They also spend more time online each week than Millennials—and they use a lot of that time to research news and politics.

According to a 2014 report by the US Census, the number of Boomers who live in the US but who were born in another country is on the rise. Today approximately 10 million foreign-born Boomers call America home.

While not cheap, Boomers don’t believe in spending money needlessly. 79% of Baby Boomers believe that store brands are an excellent option instead of name brands.

While this fact isn’t fun, it is important. According to the Centers for Disease Control and Prevention, Boomers are five times more likely than other generations to be infected with Hepatitis C. Since Hep C can sometimes take years to exhibit symptoms, Boomers are encouraged to get a blood test.

6. More Boomers Live in Maine than Any Other State

At 69.6%, Colorado has the highest percent of Boomers who have at least some college education. In the top ten states where Boomers have some college experience, AARP reports the percentages are all over 50%.

8. The Past Four Presidents are/were Boomers

A recent survey from the National Endowment for Financial Education found that 59% of Boomer parents provide financial support for adult children aged 18 to 39.

10. They’re Not the Stereotypical “Senior Citizens.”

Many Boomers are still quite active and energetic. For instance, Jerry Seinfeld (born in 1954), Stevie Nicks (born in 1948) and George Clooney (born in 1961) are all Boomers.

Just because the Boomer population is aging doesn’t mean they’re necessarily slowing down. Baby Boomers are expected to influence the world for decades to come.

Wow!  Flashback!  I remember those mosquito trucks, too!  Only we didn't run around in the fog, although we didn't try to avoid them either.  (Must've been while we were shooting pebbles at each other with our slingshots.

1 Kudo
4,837 Views
0
Share
Report
Reply
Turn on suggestions
Auto-suggest helps you quickly narrow down your search results by suggesting possible matches as you type.
Showing results for
Show  only  | Search instead for
Did you mean:
Users
Need to Know