🩺 What’s the difference between traditional Medicare and Medicare Advantage?   - Marketplace

🩺 What’s the difference between traditional Medicare and Medicare Advantage?   - Marketplace

(2 comments) For those 65 years and older on Medicare, the critical open enrollment season, which allows participants to change their plan, comes to an end Dec. 7.

A friend of mine who's new to Medicare, says his agent simply recommended traditional Medicare, rather than trying to explain all of the differences between it and Medicare Advantage. (My friend did some research after-the-fact and is very glad he followed the advice - saved a lot of time/money/frustration.)

The agent told him it's easier to switch from traditional Medicare to Medicare Advantage, than visa versa. If switching's ever needed. (Meaning, start with Medicare.) Anyways, this is their webpage that talks about both kinds: www.wnchealthinsurance.com/medicare/  These folks sound very honest. 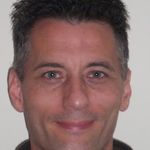 Proven controversial is an understatement? How about straight up lying. These plans are exactly like Car Shield insurance scams. (I explain this below)

While ads/commercials brag about all these so called benefits you could have, the reality is just about half the coverage if not more, is 100% useless to anyone in the USA.

Doctors/dentists/optometrists/pharmacies, are all lumped into a plan which in turn prevents anyone from using all parts of the coverage. Especially dentists, There is no dentist anywhere in the USA that will touch anything that has medicaid/medicare attached to it.

The information these reps read on their screen is misrepresentation of facts. An investigation was launched against one company when the plan I had claimed it had dental insurance when it didn't. Even the rep was hoodwinked.

Here is what happened:

Since I was specifically looking for dental, the rep was reading to me the so called Comprehensive dental.

(Something to note: I know how contracts work and the sneaky crap that gets pulled).

I started inquiring what their word COMPREHENSIVE meant. Turned out the rep had to look up what some of the words being used meant.

Anyway here is the deception part. They advertise comprehensive dental coverage. What they really did was provide a dental allowance up to a maximum of $125, which they ONLY reimbursed for, and after you you emailed them the receipt. Which means you had to already start paying off the bill to generate a receipt of $125. If that wasn't bad enough there is this next stunt, Remember it was UP to $125. This wasn't automatically applied to every dental procedure. It had to be very specific ones (Yep the most expensive ones)

Most of the time you were on the hook for the remainder of the bill, if not all of it.

Yes you read that correct, lets say you had an extraction that cost $1200, they would only give you back $125 which could only be reimbursed after you had already paid $125. which meant you still have to pay everything out of pocket and still be on the hook for $875. But this would also depend if that allowance included extractions.

They were legally allowed to call a dental allowance, coverage because they categorized it as medical.

That allows them to get out of paying out the claims.

1 Kudo
538 Views
0
Share
Report
Reply
Turn on suggestions
Auto-suggest helps you quickly narrow down your search results by suggesting possible matches as you type.
Showing results for
Show  only  | Search instead for
Did you mean:
Users
Need to Know