Yesterday, I lost my cell phone in the midst of a whirlwind of errands. But I was not dismayed for long. I dredged up a comparable flip-top phone bequeathed to me by my mother-in-law, recharged it, and took it into Verizon this morning. Luckily, I was first in line. Unluckily, I was told that the archaic cell phone could not be activated. Nor could I get a new one without the pin number that my wife and I had used for both of our phones. I was at a loss, and so was my wife, as I found out after I returned home. But after some on-line maneuvering, she managed to generate a new pin number.

Elated, I rushed back to the store. I wasn’t concerned that I had to wait a long time before a representative could see me. What bothered me was that one of the seated customers, a rough-looking, vigorously tattooed man, had a face mask that covered only his chin; and his young rambunctious son had a face mask that repeatedly slid between his nose and his mouth.

When one of the salespeople apologized for the delays, I told him that the man and his son needed to follow face mask protocol. He merely shrugged and returned to his booth. I didn’t blame him for not confronting the brawny customer. I didn’t dare do so either.

Eventually, it was my turn to meet with a sales rep. He painstakingly entered lots of data before I could get a new phone. In the meantime at another station, I saw a well-groomed, grey-haired man about my age. His mask covered only his mouth. Because he seemed non-threatening, I politely said to him “Please cover your nose.” He then snarled at me: “Go away.”  I was taken aback by his ferocious response. God knows what would have happened if I had asked the formidable tattooed man to readjust his and his son’s mask. On the other hand, he might have meekly obliged me.

It would be less stressful for me to ignore face mask improprieties. Maybe I should meditate more and mediate less. 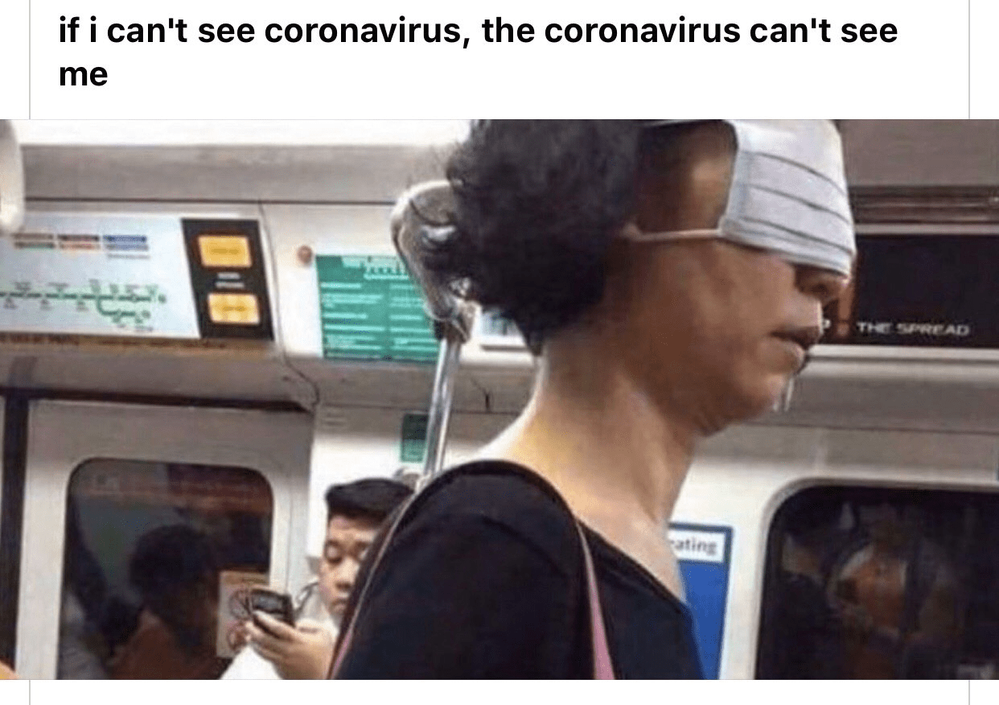 This seems to be the philosophy of the anti-mask people.

It takes all kinds!

2 Kudos
904 Views
0
Share
Report
Reply
Turn on suggestions
Auto-suggest helps you quickly narrow down your search results by suggesting possible matches as you type.
Showing results for
Show  only  | Search instead for
Did you mean:
Users
Need to Know