In a recent study published in the Journal of American Medicine, a healthy lifestyle was compared to the standard western medical care for Type 2 Diabetes. (1) The results were astonishing! 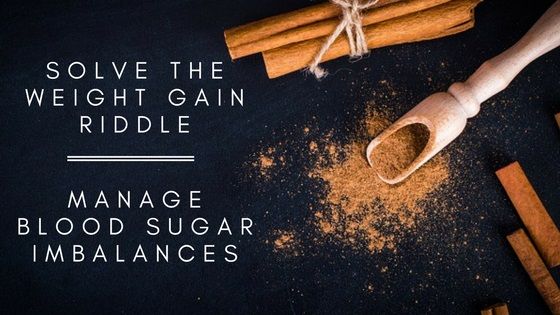 Average A1C dropped from 6.65 to 6.34 percent in the lifestyle group, and from 6.74 percent to 6.66 percent in the standard medical care group. (A1C is a blood test that estimates average blood sugar levels over 2-3 months. According to the American Diabetes Association, an A1C of 6.5 percent or higher indicates diabetes.

Note: The group of 100 study volunteers were all on Type 2 Diabetes lowering medications before the study, which is why the average A1C was above 6.5 at the start of the study.

"The key to success is to keep growing in all areas of life - mental, emotional, spiritual, as well as physical." Julius Erving
2 Kudos
9,095 Views
4
Share
Report
Reply

"...Nine out of 10 cases of diabetes could be prevented by following modestly healthier lifestyles, according to a recent study published in the journal the Archives of Internal Medicine. “We know how to prevent nearly all cases of type 2 diabetes,” says study researcher Dariush Mozaffarian, MD, MPH, PhD, assistant professor of epidemiology at Harvard School of Public Health and assistant professor of medicine in the Division of Cardiovascular Medicine at Brigham and Women’s Hospital.....".

"...Nine out of 10 cases of diabetes could be prevented by following modestly healthier lifestyles, according to a recent study published in the journal the Archives of Internal Medicine. “We know how to prevent nearly all cases of type 2 diabetes..."

@retiredtraveler  Yes, exactly. We've known for a long time. It's the doing part America is failing at. 😞

One extended family member died last year from untreated diabetes. Another has accute kidney failure and may linger on for 2 years. A third as been morbidly obese for decades and has what she thinks of as under control diabetes, but her only real activity is baking sweets. She reports that she cannot walk farther than 50 yards. Sigh. None of these family members were or are old enough to draw Social Security. The two living ones have been forced out of their jobs by poor health.

Reportedly the doctor said to the grossly overweight one with more medical issues than I can name: "But you just feel like any 60 year old." And to the fellow whose diabetes went undiagnosed until it became kidney failure, the doctor said: "Ahhh, you're doing better than 98% of my patients." I consider this criminal negligence, frankly.

But this certainly isn't just happening to people on my Christmas card list. There are stories like this everywhere I look. You probably see and hear the same thing from persons suffering the affects of poor lifestyle choices: 'I don't want to make adjustments. I want to live as I wish and enjoy life.' OK then, as long as you understand that the means you're unlikely to see 70.

I know, preaching to the choir here. But thanks for listening. 🙂

"The key to success is to keep growing in all areas of life - mental, emotional, spiritual, as well as physical." Julius Erving
0 Kudos
8,947 Views
0
Share
Report
Reply

About the Study Groups:

The Denmark study was done on 100 adults whose average age was 55, each with Type 2 Diabetes and no apparent complications from the condition. They were divided into two groups.

Group 2: The lifestyle group were asked to exercise five to six times a week for 30-60 minutes, including both resistance and endurance training. Dietary suggestions were simple, but profound. They were guided to eat foods rich in fiber, low in saturated fats, lots of fruit and no processed food.

"The key to success is to keep growing in all areas of life - mental, emotional, spiritual, as well as physical." Julius Erving
1 Kudo
9,011 Views
1
Share
Report
Reply

What were the results of this study.  What if you got the medication and exercised 30-6- minutes everyday.  Did they ever get results or test what the results for that group would be?

0 Kudos
7,428 Views
0
Share
Report
Reply
Turn on suggestions
Auto-suggest helps you quickly narrow down your search results by suggesting possible matches as you type.
Showing results for
Show  only  | Search instead for
Did you mean:
Users
Need to Know